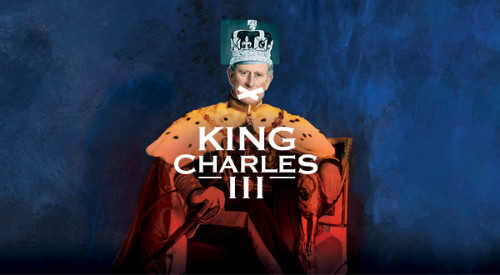 Learning to keep his mouth shut. 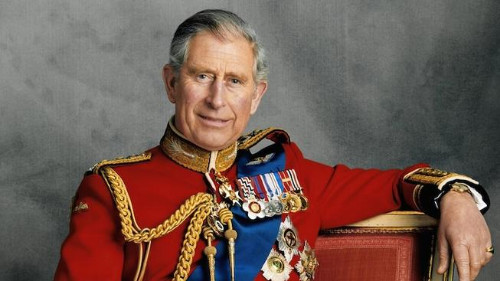 At 67 waiting for his mum to croak. 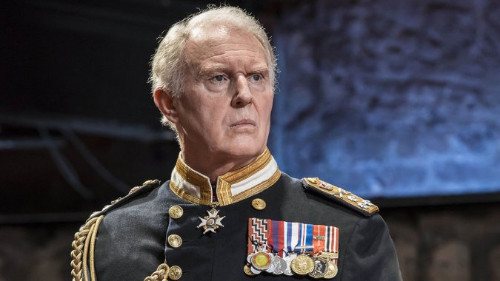 Charles as played by Tim Pigott-Smith on Broadway.

The man who would be king, Prince Charles, has spent his adult life languishing about waiting for the Queen to die.

Now 67 Charles will be a pensioner when and if he becomes king.

In the pithy and oh so British Charles III, an Olivier-award-winning transfer from London, playwright Mike Bartlett speculates on the pratfalls as, played by the superb and natty Tim Pigott-Smith, the about to be crowned Prince of Wales makes all the wrong moves.

These blunders are comically plausible based on his misdirected sense of insight and self importance. Following the tragic death of Princess Diana, so beloved by her people, it seems that the Prince has been painfully adept at making all the wrong moves.

This included intercepted phone sex with his then mistress the widely reviled Camilla (Margot Leicester). It was salaciously reported with lurid quotes in British scandal rags.  In a performance that reeks of veracity she makes the most of a cameo role. She is the royal that the British love to hate. How on earth could Charles prefer her to the lovely Diana?

Adultery does not fit well in the portfolio of the future King of England who is also, thanks to the heresy of Henry VIII, also head of the Church of England.

It has been speculated that Charles will be passed over in favor of his eldest son William (Oliver Chris) and his ambitious commoner wife Kate (Lydia Wilson). In this comic fantasy she proves to have the disposition of a Lady Macbeth in her unbridled ambition.

Frankly, I think that’s a bit of a stretch as Kate, and the royals in general, aren’t all that bright.

The greatest asset of the Queen, now 89 and in apparent good health, has been a regal smile and keeping opinions to herself. In that regard Charles is not that talented. As this play reveals he has, good grief, ideas and opinions. As King he plans to have an impact.

Born 21 April 1926 Elisabeth was coronated on 6 February 1952. I vividly recall that ceremony with my family huddled around our TV. Just twelve at the time I sensed that this was an important event.

I was eight when Charles was born on 14 November 1948. We share a name and he has been a consistent presence in my dream life. From time to time, we meet wearing kilts in Scotland, grouse hunting and playing with the Queen’s corgis. There is another link in his passion for architecture and art history. We have so much in common.

He’s fun to hang out with even though Charles is a bit of a twit.

It is traditional for the monarch to meet weekly with the Prime Minister. He shares affairs of state about which she makes no public statements. Versions of these meetings have made their way to stage and screen.

Helen Merrin won a Tony for her role as Elizabeth in Peter Morgan’s “The Audience.”

In Bartlett’s play this first meeting during transition to the throne takes a bad turn. There is the pro forma disclosure of a bill to curb freedom of the press. It just awaits his rubber stamping signature. But Charles wants to have another go at thinking about it. Even though his family has suffered at the hands of the media there are concerns about taking steps to limit free speech.

He is informed by the Prime Minister (Adam James) that refusing to sign the bill, a done deal, will cause a constitutional crisis that may demolish the monarchy. Charles appeals with no better luck to the leader of the conservative opposition party (Anthony Calf).

When word of his radical refusal to just play along is exposed in the media the nation erupts with protest and dismay. This opens the door for back stabbing, plots of politicians and the disgruntled younger royals.

With protesters threatening Buckingham Palace wrongly Charles orders arming the guards and bringing in a tank aimed at the mob. Let them eat cake and all that.

Not only is his royal grasp wavering but Charles is besieged by family problems. Prince Harry (Richard Goulding), who bears a striking resemblance to the rakish, scruffy haired royal, is played totally over the top. The press has had a field day with his off the reservation antics. He tells his dad that he wants out of the whole royal thing. He is smitten by a feisty commoner Jess (Tafline Steen) who is an art student and radical. Seemingly blessed by his father he plans to cut loose from family ties. Or so it seems.

It is all rather pathetic as in the end Charles is buggered off the throne.

While balding, simpering, and utterly devoid of wit or wisdom William is propped up by his dragon lady wife. Charles is tossed onto the trash heap of historical trivia as young Williams solidifies the throne for years to come. He will dress up, attend ceremonies and most importantly, keeping his friggin trap shut.

Although presented as fiction on Broadway, with a few twist and turns, the plot points may prove to be prescient. For British odds makers William and Kate are far more favorable that the smarmy Charles and bloody Camilla.

For the most part this evening with the royals was not my cup of tea.

Truth is Elizabeth may well hang in there for another 20 years.

God save the Queen!