One Woman Show Off Broadway 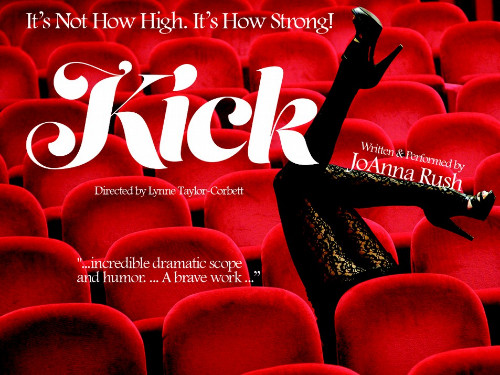 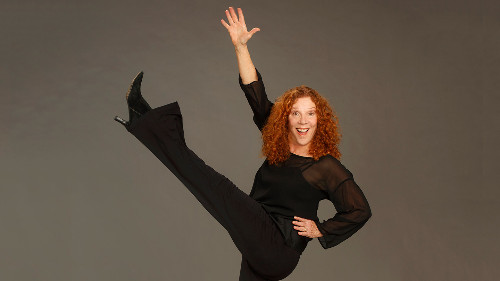 Kick, a one-woman show written and performed by JoAnna Rush, takes us into the life of a dancer Bernadette O’Connell, as she navigates the highs and lows of auditions, motherhood and conflicts that affected women in their late sixties. Rush takes us through different stages of her life from early days as a Rockette, to single motherhood, to the AIDS crisis, and then a reawakening of her spirit.

The show is conceived to enable Rush to embody the characters she experiences along the way. With her mane of red curls and dancer’s grace, she recreates famous dance moves from A Chorus Line to the Kick line from Radio City Music Hall. Along the way, she meets feisty dancer colleagues, her Gay best friend who is an opera singer, and her husband – whom she eventually divorces. Rush seamlessly embodies the characters and their interactions to make it feel like there was a full cast of characters on the stage.

The play grasps your attention for its 90-minute running time, which is a testament to Rush with her facial expressions and full-bodied speaking voice. Lynne Taylor-Corbett’s direction allows her to be unhindered in  mannerisms and movements. The various topics were heartbreaking; a woman’s struggle with trying to be on par with male colleagues. The lighting design by Brant Murray set the tone of each scene with dramatic effect.

The play conveys an important message about Bernadette “kicking” all the trials and tribulations away, to become whole. My only hesitation with the overall message is that she is constantly being violated sexually, whether it be date rape, carjacking, or martially. It was confusing why the character was written in these circumstances. Otherwise, the play is riveting and worth seeing – for Rush’s performance and important subject matter. It left me with a lot to think about.

Reposted courtesy of Kathryn Kitt and Center on the Aisle.