Influential Designer With No Moral Compass 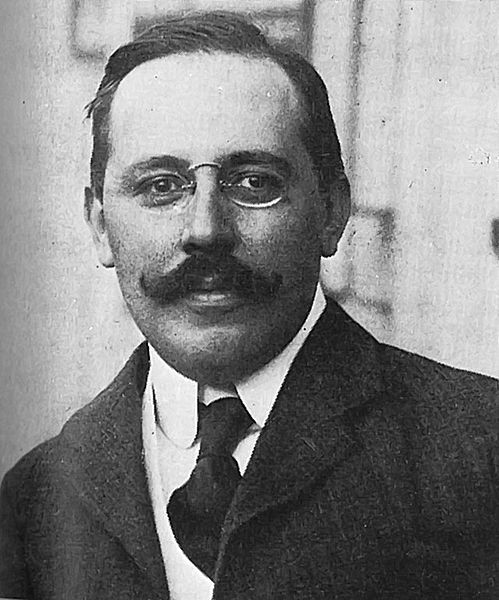 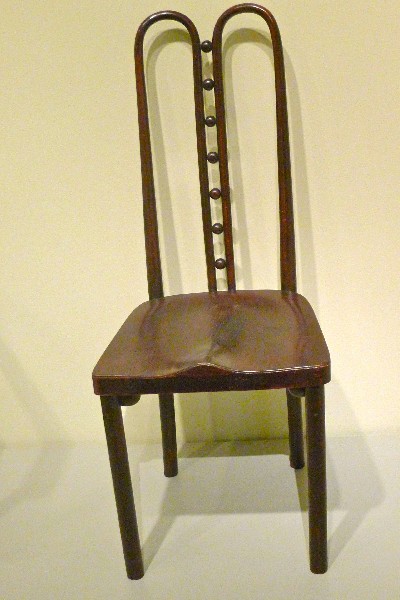 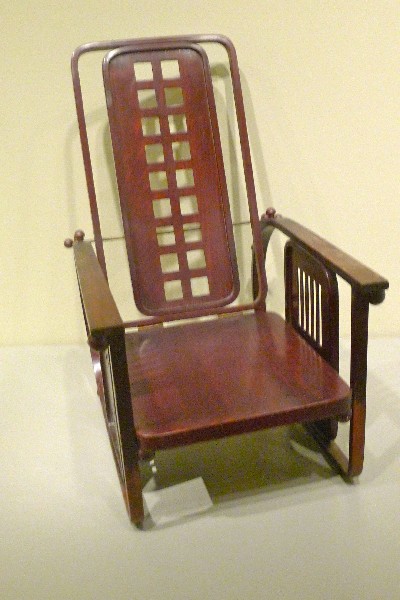 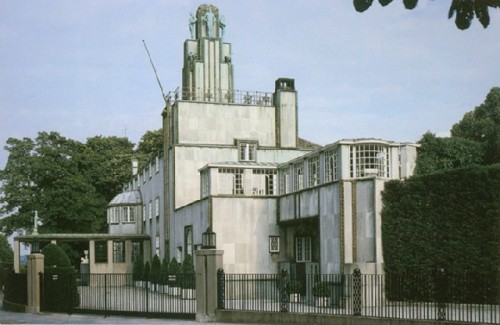 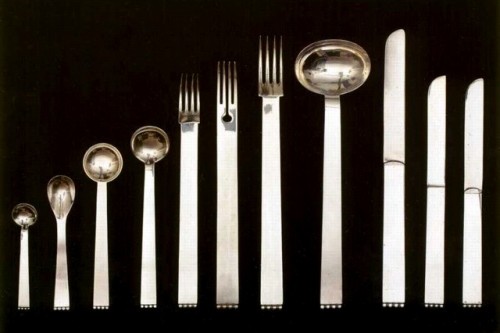 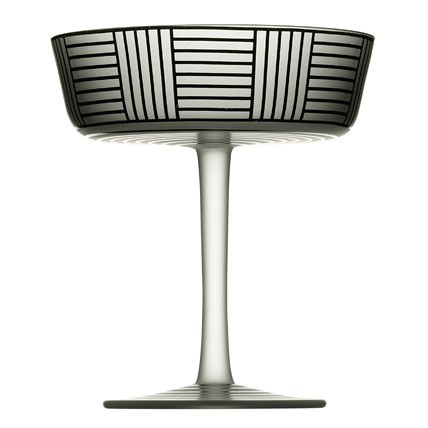 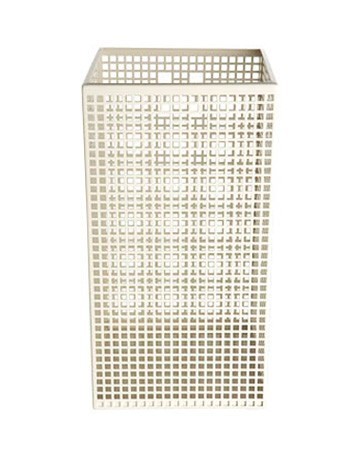 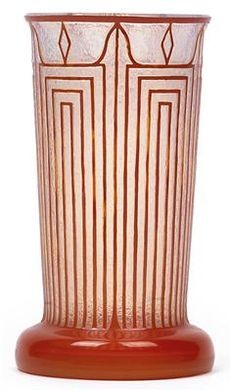 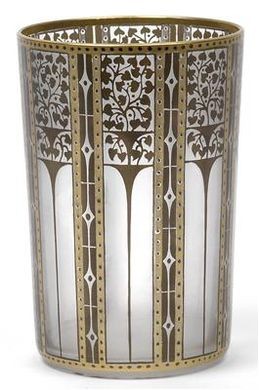 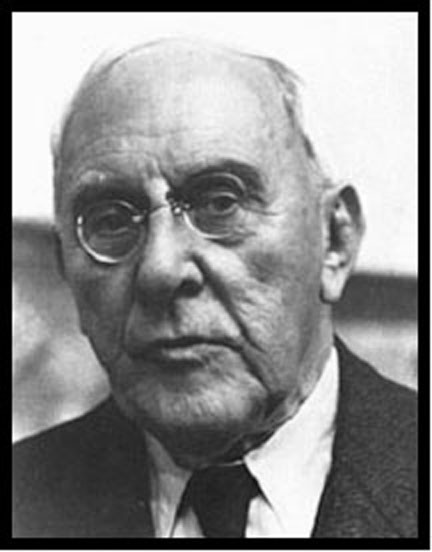 Hoffmann as an Older Man

On a recent trip to Chicago, I wandered around the magnificent Art Institute of Chicago. In a gallery on the side of late 19th and early 20th Century paintings, there was an elegant exhibit of period furniture.

Two chairs stood out from the rest. They were both designed by Josef Hoffmann (1870-1956). Arguably he was one of the greatest designers of the first half of the 20th Century. Alas, Hoffmann's life outlasted his reputation. Though a visionary designer, near the end of his career his moral compass was broken.

Similarly, with the taint of moral blindness, recently Penn State's longtime coach Joe Paterno (64 years as coach) and various other high ranking longterm college officials were fired by the university. We tend to forgive a lot, but some things are harder to forgive than others. A great reputation is suddenly made negative by a lack of proper morality.

Architect/designer Josef Hoffmann was a pioneer and standard bearer for design starting at the beginning of the 20th Century. Though considered a part of Art Nouveau (1890-1914), his design aesthetic went far beyond the organic to incorporate a straighter more linear geometry plus a curvalinear aspect.

His elegant designs and architectural statements were and are viewed as great work that influenced the next generation of designers in the late 1920s and 1930s. Unlike a parallei figure in design history, Charles Eames, Josef Hoffmann's work is known to knowledgeable architects and designers, but not laypeople. There is a reason for that.

Josef Hoffmann was born in Moravia in what is now the Czech Republic, then a part of the Astro-Hungarian Empire. After attending the State School for Arts and Crafts in Brunn (German) or Brno (Czech), he studied under Otto Wagner at the Academy of Fine Arts in Vienna. After winning the Rome Prize and studying in Rome for a year, he returned to Vienna and worked in Wagner's studio in 1896.

Architect Otto Wagner was certainly a mentor of Hoffmann both in and out of school. Wagner's theories of functional, modern architecture profoundly influenced Hoffmann's work.

Hoffmann embraced the Germanic form of Art Nouveau called Jugendstil. He broke away from traditionalism in favor of a new brand of historicism based upon functionalism and practicality married to an elegant aesthetic. This reflected a modernized medieval approach to the beautification of everyday objects.

As a design aesthetic, he embraced the fundamental strength found in geometry. He began to develop a new visual language which incorporated the use of strict geometric shapes applied in a elegant manner that created simple, often repetitive patterns.

He found similarly like-minded young designers and artists, and together in 1897, they initially formed the Vienna Secessionists. His colleagues were a group of highly talented individuals including Joseph Maria Olbrich, Kolomon Moser, and Gustav Klimt and others.

As a group, they rejected the prevailing conservatism that constricted the Viennese art world. They actively advocated for the inclusion of the New Art (Art Nouveau) as well as the work of foreign artists and designers to be shown in Vienna’s galleries. This led to Glasgow-based Charles Rennie Mackintosh exhibiting in Vienna as well as to influence and in turn be influenced by the members of Vienna Secession group.

Eventually, artistic differences led Hoffmann and several others to a break from the Secessionists to pursue another direction. In 1903, they set up the Wiener Werkstätte. This new form of artistic collaboration fueled Hoffmann’s interest in what is termed in German--Gesamtkunstwerk, or a total work of art.

This approach can be seen in many of the spectacular overall designs of other significant designers and architects like Charles Rennie Mackintosh, Frank Lloyd Wright and Greene and Greene.

The Wiener Werkstätte emphasized the applied or decorative arts. The decoration was often elegantly restrained and thoughtfully, even sensitively geometric. The group developed workshops for the design and fabrication of a wide range of household elements, including utensils, flatware, furniture and even women’s house dresses. Their concern was for a total environment for living and embodied excellent craftsmanship and beauty.

Hoffmann's Sitzmaschine reclining chair (an example is at the Art Institute of Chicago) utilizes a geometric motif and structure so definitive of Hoffmann. Designed specifically for the purpose of relaxation in the form of reclining, its very name, “machine for sitting,” reflects industrialization and/or modernity. Several years later, the highly regarded Swiss/French, architect/artist Le Corbusier paraphrased Hoffmann by referring to a house as a machine for living.

Hoffmann is known for a home outside of Brussels, the Palais Stoclet. A palatial private residential home for a wealthy banker and art collector. This was a dream design project with no budgetary limitations. The exterior facade was lined with marble and copper statuary, and the interior included rich leathers and double height ceilings set over travertine and marble floors. The house even incorporated a frieze in the dining room by Gustav Klimt.

Later, Hoffmann ultimately went on to become a major player in the world of the German Werkbund, another strategic design group. The work of its members led directly to the establishment and the aesthetic basis for the Bauhaus after WWI. This led to the Art Deco and Modernism movements that followed.

Hoffman continued to work in Germany and throughout Europe between the two world wars. He also served on various architecture and design faculties. Apparently, he continued to get an occasional interior commission. The Great Depression limited his residential design work, however. How he justified to his friends, his family and himself his last major commissions is not really known.

Hoffmann's last major client was the Nazi Government. He was commissioned to design several officers clubs for the inherently evil Waffen SS. Apparently, they were an acceptable client for Josef Hoffmann.

In fact, less than a year after the Nazi Austrian Anschluss, Hoffmann was a prominent designer of the 1939 Wiener Opernball, a swastika-studded event. Apparently he continued to do this type of work for The Third Reich as well. Herr Hoffmann became so admired by the Nazis that he was appointed a Special Commissioner for Viennese Arts and Crafts during WWII.

Other prominent European architects and designers refused to work with the Nazi regime and left Germany. Men like Walter Gropius, Marcel Breuer and Ludwig Mies van der Rohe broke away from the Nazis. But Hoffmann did not. They were just his clients.

Many architects and designers become embittered over their careers. A feeling of undervaluation, lack of prestige and certainly a lack of financial rewards can cause this feeling of neglect. Another aspect of undervalue is the notion that your peers did not appreciate you. Certainly, at the end of his life, Hoffmann became less than a footnote.

He was not pleased that he was not honored more. Certainly his earlier achievements warranted more esteem and even adulation? Hoffmann's great creative talent and major influence on generations of architects and designers cannot be underestimated. However, not until a quarter of century after his death was he again recognized for his creative gifts.

Hoffmann's career paralleled Charles Eames in great aesthetic depth and design influence. Yet, Hoffmann was not like Eames who was greatly esteemed in later life. For whatever reason, as either politically indifferent, Nazi-sympathizer or true believer or just blind opportunism, his decision to serve an evil client tainted and tarnished his often spectacular professional accomplishments.

Despite a few honors and praise on Hoffmann’s 80th and 85th birthdays, he was virtually forgotten by the time of his death. And the several following generations of architects, designers and historians virtually ignored him.

Moral: Even for individuals of great achievement, bad decisions lead to besmirched and sometimes neglected reputations.