At The Stage in San Jose 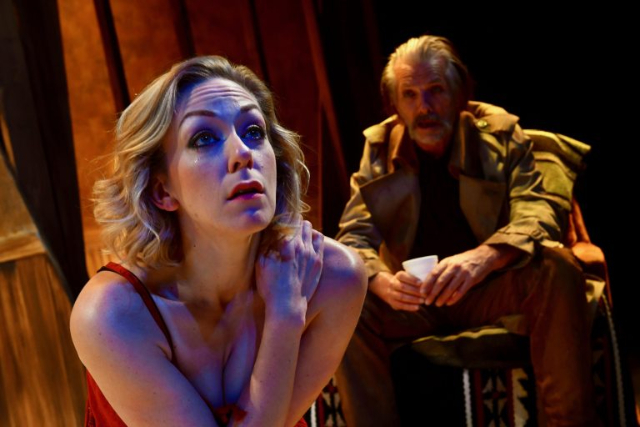 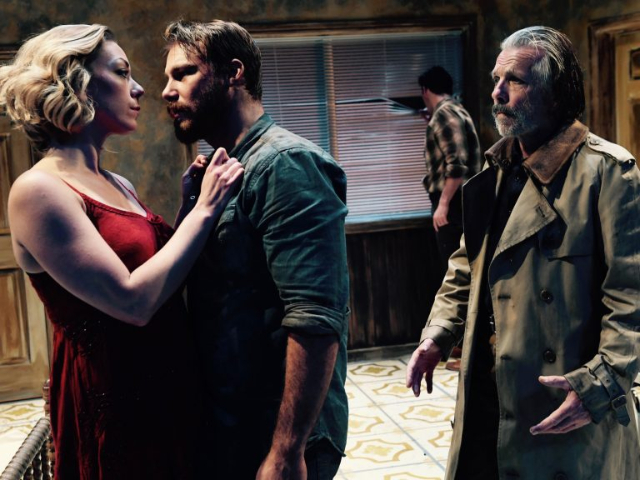 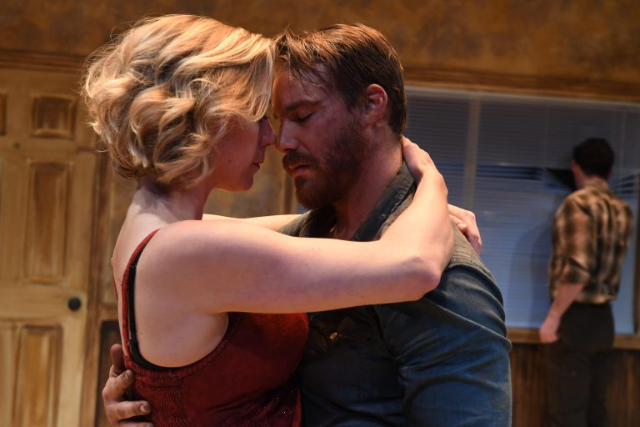 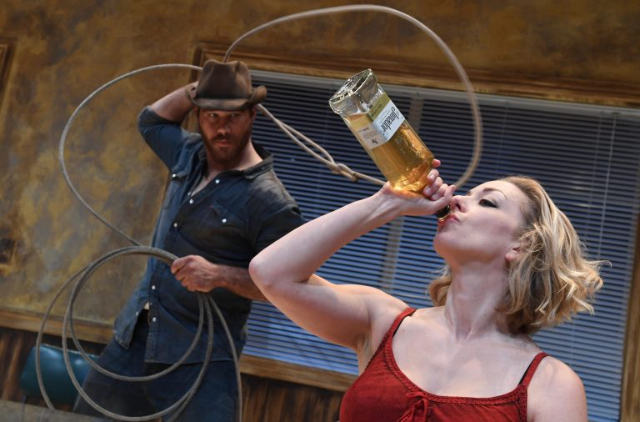 “Fasten your seatbelts. It’s going to be a bumpy night,” Bette Davis from the movie All About Eve.

When a play opens to the strains of Merle Haggard’s “Wake Up” with the lyrics “Don’t just lay there like you’ve gone away for good,” you know that a troubled romance is in the cards – which you don’t need to be told if you know anything about Sam Shepard.  Fool for Love is one of the esteemed playwright’s most respected works, and the cast of the San Jose Stage production extracts every bit of meaning and emotion from it.

As stories go, there’s not much of one. The narrative is compact. Little can be divulged here without coughing up a spoiler – if the denouement even matters much. What can be told is that hostility flows from beginning to end, with some onstage and offstage violence thrown in. But many consider Fool for Love a comedy. Maybe that’s in the operatic sense, in that no one gets killed – as far as we can tell.  The characters are one-dimensional and low-life. The stage setting is simple and claustrophobic, yet it is situated on the grand expanse of the Mojave Desert. But the desert can be perceived to be as empty as the souls and minds of the characters who inhabit it.

So why is this 70 minute tempestuous argument so renowned? It’s worth taking a test drive to find out, or for those who already know it, to take the ride again. Perhaps the attraction is that at a different social level, it deals with our urges and our denials. It also exposes the constant clash between our reality and our imagination, and the risk that we act on the wrong one.

Eddie is a truck driver. He claims that he drove 2,400 miles just to be with May, who is holed up in a cheap motel. He looks and smells like days on the road, but May focuses on his finger, which she says smells like rich pussy, the start of endless barbs. The two were always special to each other and were off-and-on lovers since high school, 15 years earlier. When they were together, Eddie sometimes had affairs on the side, but May always suspected him whether he did or not. Now, Eddie wants to start a new life with her in Wyoming, trying to entice her with a world of vegetable gardens and wildlife that May can’t stand, and Eddie should know that she can’t.

The lead characters are drawn with great clarity and interpreted with  precision and brilliance, from affect to physical movement. Alison Rich is exasperated and hysterical as May. She acts as a woman who has been hurt repeatedly but is still drawn as a moth to the flame of her torturer. She scowls and trembles and conveys the sense of emotional entrapment and the inability to have the courage or conviction to permanently escape her revolving hell.

Rob August embodies Eddie with great confidence in a Trumpian sort of way. He lies with a self-satisfied smile and the conviction that he will be believed. He must win every contest to prove his dominance. And he projects his movement and expression with calculated macho swagger. The actor conveys the character’s lack of moral grounding and self-serving behavior to a tee.

Shepard employs an interesting dramatic conceit in the person of “The Old Man,” who sits in the shadows at the edge of the stage throughout. Played with a strong presence but laconic restraint by Randall King, the Old Man is a full time observer, part time storyteller, and occasional conversant with one or the other of the main characters, even though he is deceased. The final character, Martin, arrives at the motel for a date with May and becomes a pawn in Eddie and May’s game. He is effectively played as a wide-eyed and understated rube by Joshua Marx.

Fool for Love by Sam Shepard is produced by The Stage and plays at its theater at 490 South First St., San Jose, CA through December 17, 2017.