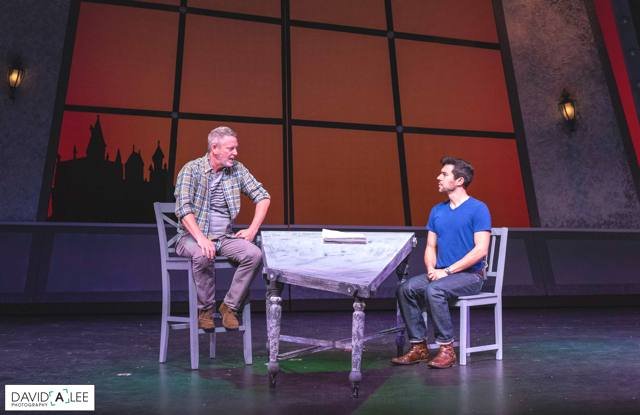 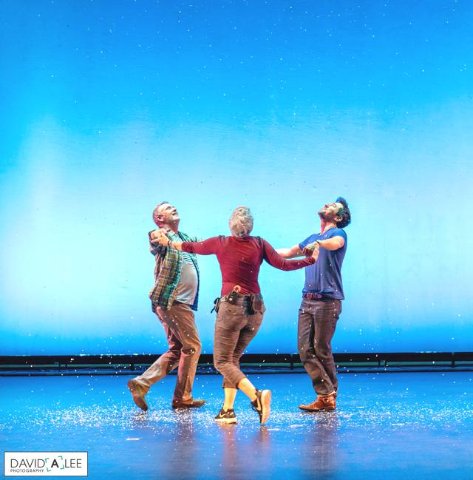 Coyote StageWorks co-founding Artistic Director, actor, producer and stage director Chuck Yates, confided to me at the closing last Sunday of his highly successful comedy production of “The Understudy”, written by Theresa Rebeck, that this has been his only directing assignment in the ten years the acting group has been in business here in Palm Springs.

Chuck Yates is one of the finest actors in the Coachella Valley winning many Desert Theatre League (DTL) Award trophies for excellence in theatre.  I still remember his award-winning turn as Truman Capote in the Coyote StageWorks production of “TRU” at the Annenberg Theatre in Palm Springs in 2013. Whether he’s directing or producing, Yates and Coyote StageWorks has made an indelible theatrical mark in the cultural contributions of the Coachella Valley.

When the Palm Springs-based theatre group announced Rebeck’s snarky but affectionate play “The Understudy”, I couldn’t wait to see what the Coyote group would do with this ‘actor’s about actors’ comedy play’.  It’s a three hander, meaning we have two male actor-candidates and one avenging female stage manager from Hell named Roxanne. She puts two male actors Harry and Jake auditioning for the role of the ‘understudy’ through their paces before giving  them the okay to join the performing cast.

Everyone’s nerves are on edge.  The pressure to perform even in these rehearsals is intense, draining, and downright hilarious.  Professional actors and aspiring ones too, will relate to the shenanigans taking place on the stage.  There was a lot smiling and nodding of heads in the audience throughout this 90 minute comedy gem of hidden agendas, bragging, prevaricating, and a form of “one-ups-man-ship” as a way of saving ones’ dignity yet still get the “gig”.

In the world of the theatre, and Hollywood too, acting demands that one never burns bridges, however, if you do, you do so at your own peril. Translation: the familiar warning of ”You will never work in this town again” becomes thunderously clear.  Discretion is definitely the better part of valor.  Wherever this play is performed its casts are generally first rate.  I haven’t seen other professional production company lists of cast members, but if I did, I still would be hard pressed to exchange this trio of professional actors for any who have previously performed the roles.

David Youse, an accomplished actor, director, producer in his own right, brings those skill sets to his performance as Harry, a now struggling, aging Hollywood actor, trying for a New York theatre gig.  It’s his way of trying for a comeback.  But his history as a nitpicker and a quirky, and irritating, at times, performer, send messages that the audition/rehearsal process could become contentious.  In addition, there’s a teeny-weeny problem standing in his way. Remember Roxanne the stage manager from Hell.  Well, she’s the person conducting the audition/rehearsal and Harry is her former paramour who jilted her at the altar eight years ago.  Oh oh!  Fasten your seat belts.  It’s going to be a bumpy night, as Margo Channing (Bette Davis) from “All About Eve” would say.

The character of Roxanne is brilliantly and intensely performed by Robin McAlpine in a tour de force comedy performance. Remember my comment referencing burning bridges at one’s peril? Well what goes around comes around in spades; especially in the world of show business.

Thrust into this hilarious maelstrom of how actors deal with such ego-driven issues is Jake, a smug, actor who already has the role of the ‘main’ understudy, but must now vie with Harry for the ‘stand-by’ understudy role in the event that Jake is unable to perform the role should an unlikely event occur.

Actor Alex Best as Jake, is the perfect foil for both Harry and Roxanne to avenge Harry’s past behavior. And gain Roxanne’s favor for Jake.  Roxanne can play one man off the other, smiling all the while as the men are caught in her revenge web.  Jake is firm in defending his turf as the already accepted understudy.  But ego is a strong emotion and comedy is the perfect vehicle to push everyone’s panic buttons.

As good as the men are in this delightful, blistering, comedy, and they are very, very good, it’s the Stage Manager role played by Robin McAlpine who wins the day.  Ms.McAlpine delivers a master class in high energy stage domination, pacing and timing, and it’s absolutely delicious to watch her work her actor magic on the audience.

None of the above, however, would be possible, without the vision talent and experience of actor/ director Chuck Yates.  He’s an award-winning director who has directed other people’s productions, who now after ten years of not directing a production at his own theatre, can start planning for his next directorial effort. In the case of “The Understudy” the wait was worth it. It’s a near-flawless production.

In the name of full transparency, I have to admit I love actors.  Actors can do what very few people in the world can do. They’re carriers of the hopes and dreams of millions.  They transport us in safety to the far corners of this fractious globe to tell the stories the world needs to hear. They inspire. They teach. They are necessary for humanity to cope with the lunacy we all experience while ‘visiting’ planet Earth.

The Coyote StageWorks production of “The Understudy” closed last weekend (mores the pity) but the memory of a great evening of theatre will linger for a long, long time.