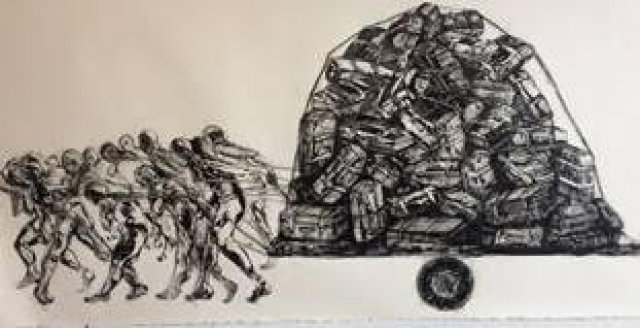 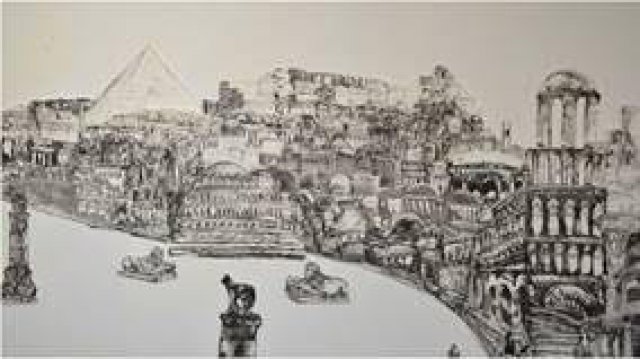 Israel in Egypt presented by MasterVoices Illustration by Kevork Mourad

Handel’s Israel in Egypt was performed at Carnegie Hall by MasterVoices under Ted Sperling’s baton. It is hard to believe that this work bombed when it premiered in London. Reports that the chorus carried the story instead of soloists may have turned the first opera audience off. Not today.

Handel had come to London sponsored by King George II.  His mission: to produce opera. The Bishop of London banned operas based on Biblical texts. When an upstart opera company gave Handel unwanted competition, he turned to another popular Italian form, the Oratorio. It has the advantage of storytelling free of expensive sets and costumes.  New middle class audiences appreciated Biblical stories, so the Oratorio struck the composer as a winning solution.

Israel in Egypt was the fifth Oratorio Handel composed. Part 1 was a funeral anthem for Joseph. In order to attract audiences that had rejected the lengthy three part Oratorio, Part I is often cut. It was at Carnegie. This leaves us opening in media res, but we quickly fall under Handel’s spell, moving into the story with solo and chorus, “And the children of Israel sighed.”  The text for Israel in Egypt is exclusively from the Bible. Frogs and locusts enter early on.

No composer before or after Handel has brought forth more beautiful melodies, one after the other.  Hearing them sung by countertenor John Holiday is a treat for the ear. He has a clear, brilliant tone, and shapes his phrases to the meaning.  He has performed with Gustavo Dudamel in Leonard Bernstein’s Chichester Psalms and starred in the Opera Philadelphia premiere of We Shall Not Be Moved.  Andrew Ousley’s special Crypt sessions have also featured Holiday up close and personal.

The other soloists are all on the ascent in the music world, and it was a pleasure to be introduced to their voices. Andrew Stenson sang with the graceful force we heard in the premiere of An American Soldier by Huang Ruo.

For the original chorus of Israel in Egypt there were 20 members, six of them boys singing soprano.  At Carnegie there were hundreds of choristers, who sang as double choir, in thunderous unison and in fugues, and one section responding to another. (4,000 singers are in the chorus of the earliest recording of music known to still exist, singing "Moses and the Children of Israel" in the Crystal Palace Handel Festival of June 29, 1888.)

The orchestra included trombones, for which choruses were written in C, and keyboard, strings, woodwind, trumpets and drums.  The grand chorus beautifully articulated tonality.

Kevork Mourad provided visual displays on the triptych back wall of the Carnegie stage. Mourad, a member of the Silk Road Ensemble as a visual artist, is known for making fantasy paintings in spontaneous collaboration with performing artists. Some of the illustrations are created live.  Anthony Roth Costanzo used this technique for his Handel/Glass performance at the Barnes Museum in Philadelphia this fall. Brush and pen strokes work well when they fall with the rhythms of the music.

The overall impression of Anglican spirit, Italian opera and German passion made this an extraordinary evening.