Norma at the LA Opera 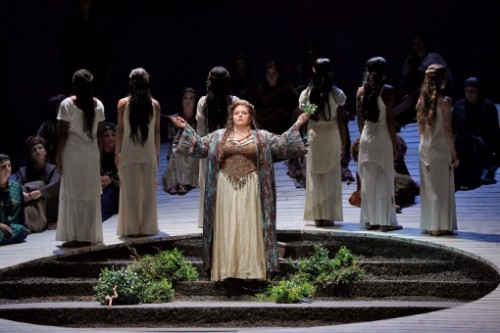 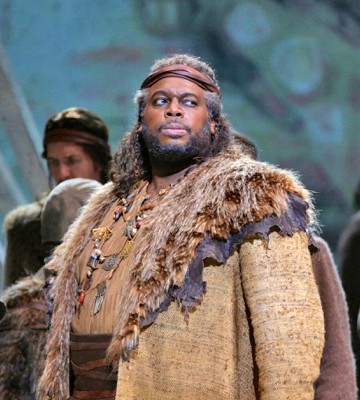 Morris Robinson was an All-American football player before he started singing at age 30. James Conlon has steadfastly and correctly championed this singer. In Norma, it is clear why. Robinson is magnificent. 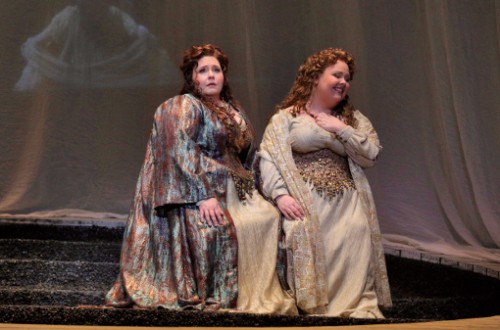 Meade and Barton. They wonder why their lovers use exactly the same words to court them. 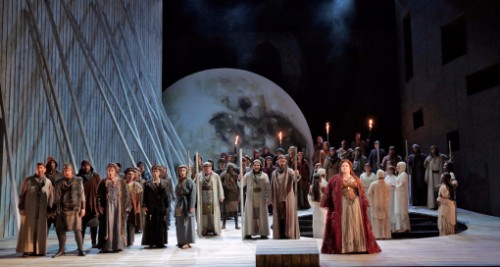 Norma's troops want to attack their Roman captors. Norma hesitates. Can she commence war against her lover and the father of her children? 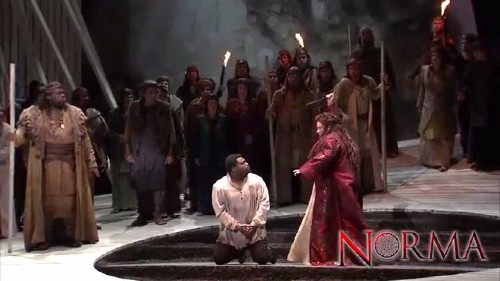 Can Norma kill her lover? Will she kill her best friend forever? 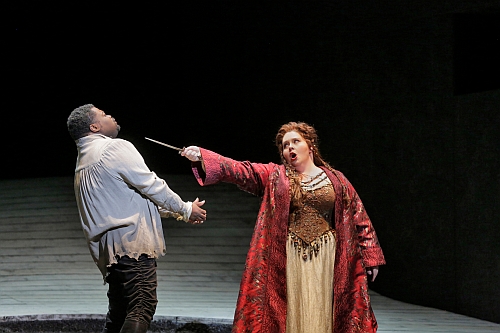 Out! Out! Damn Roman Consul. Russell Thomas sings with full-throated passion as Pollione. He is often under a lot of pressure. 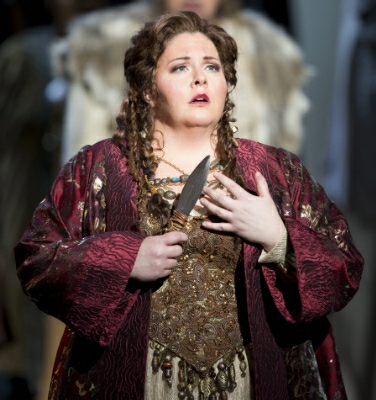 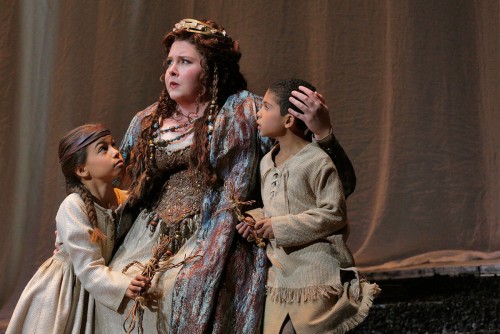 Norma entertains killing her children so they can't return to Rome with their father. 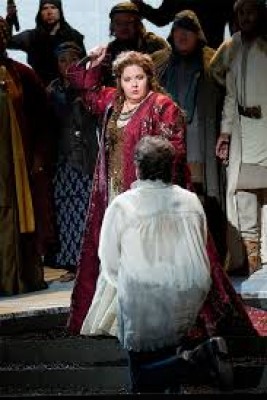 The consequences of betrayal 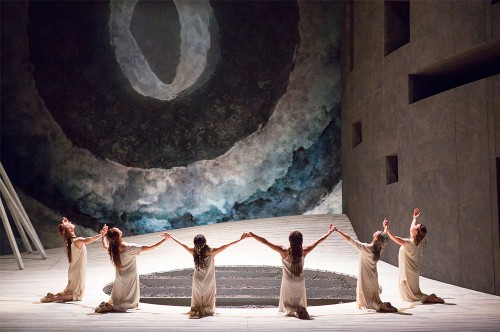 The Druids and Their Moon

Norma is heralded as Bellini's best opera and perhaps best of the bel canto form.  It satisfies and in the hands of conductor James Conlon, the score sparkles and moves. Conlon deserves two of the world's great singers taking on the roles of the Druid high priestess and her assistant.

Angela Meade broke out in this role at Caramoor in 2010.  Those of us who were lucky enough to hear the performance will never forget its impact. We were there at the inception of this glorious singer's career.

Jamie Barton had the same searing impact when we first heard her in Munich and Chicago in 2011. Suddenly you are on the edge of your seat, transfixed by wonder at the beauty of the voice.  Her naturally large, pure and dynamically nuanced notes are etched forever in memory.  It was no surprise when she won not only Cardiff's song prize, but also the award for world's greatest singer in 2013.

Meade and Barton were joined in this LA opera production by Morris Robinson as Norma's father.  A big, full-bassed singer and colorful, passionate performer, Robinson dominates the stage as he tries to command his daughter and keep her focus on her army, the Roman intruders, and priestly duty's.  Alas, he cannot keep her from herself, and her passions.

Russell Thomas warmed to the role of Pollione as the performance progressed. Of course, he's also getting closer to the heat.  As the Roman governor in control of a captive region, he seems more interested in his Druid love affairs than political and military responsibilities.  Finally waking up to the moral dimension of his actions, Thomas is splendid.

The intimate scenes in the opera are fully realized.  Not only is the ineffably moving Casta Diva of the opening delivered with force and grace by Meade, but the dilemma of Barton's choices, friendship or passion in which friendship triumphs, are carved out note after note as makes decisions.  Faithful to her friend, and promising BFF, Adalgisa gives up Pollione. Norma will then sacrifice herself for Adalgisa. Pollione follows suit for Norma and heads to the burning funeral pyre.

The opera takes place in two worlds.  Intimate scenes between the principals are wonderfully realized. Watching both Meade's and Barton's faces, you see how emotionally invested they are in the words they sing and the drama as it unfolds.  They are both good actresses and move lightly and well on stage.

In the larger world of politics and armies, the chorus and dancers create their roles with yeoman-like attention to detail. They seemed a bit separate from the intimate action, perhaps intentionally.

It was fun to see two revenge operas in 24 hours.  Curiously, love triumphs in both of them.  Greenhorn will live on after Moby Dick's destruction of the Pequod, its captain and crew.  Adalgisa will live on, the mother of the children of her lover and the Druid priestess.  Maybe the resolution of revenge can take this form more often outside the world of opera.

The LA opera delivers hope in the form of great singing, superb productions and the best conductors.