Triple the Exhibition Space but More of the Same 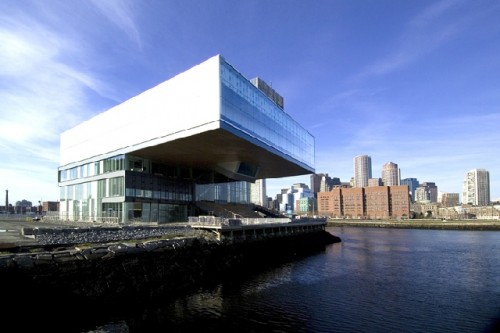 A view of the building designed by Diller Scofidio and Renfro. 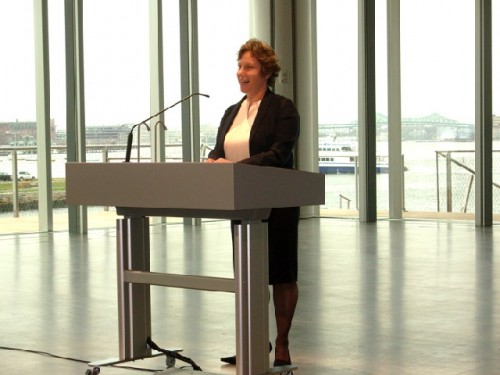 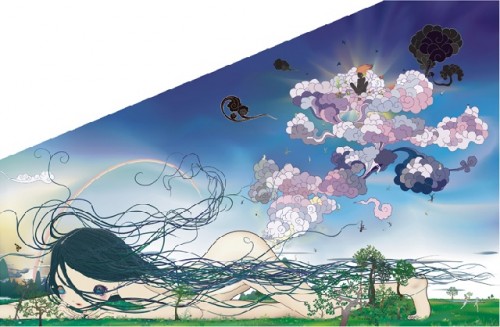 A mural by Chico Aoshima will be on view in the lobby for a year. 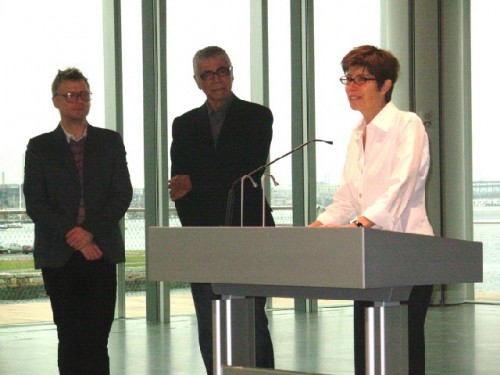 The architectural team of Elizabeth Diller, Ricardo Schfidio and Charles Renfro at the podium. 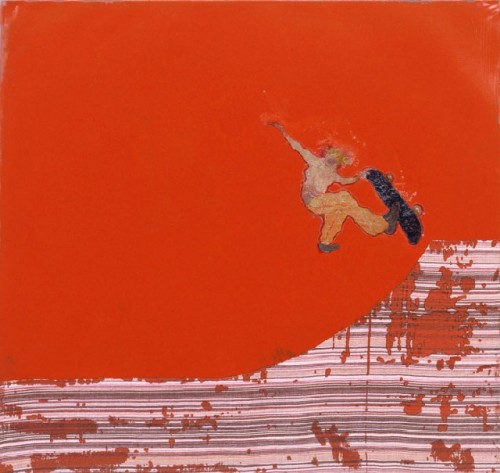 The painting "Untitled" by Kai Althoff was acquired from his one man show. 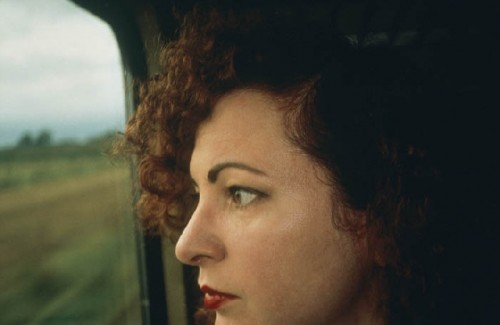 This Nan Goldin is in the permanent collection. 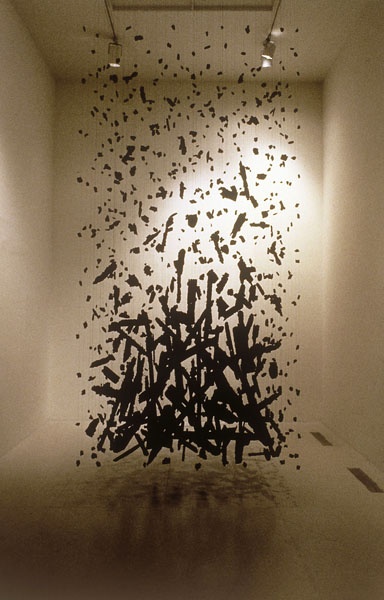 This suspended piece by British artist, Cornelia Parker, was the first acquired by the ICA. 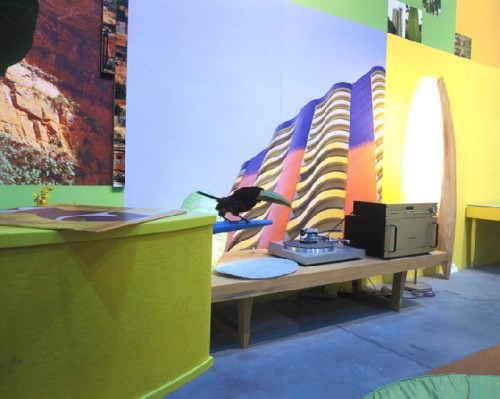 From the new Momentum series a detail of an installation by Sergio Vega has a tropical sensibility. 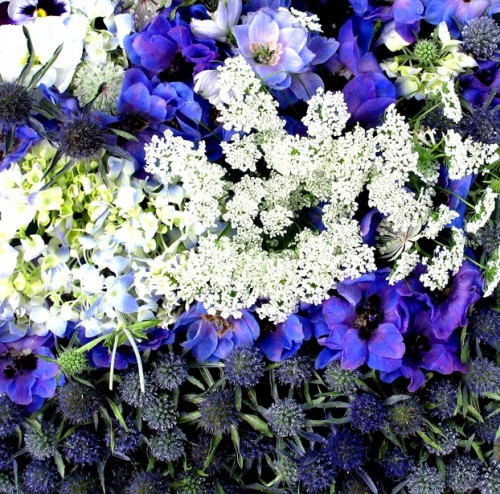 A flower mural detail by Shelia Gallagher a finalist for the biennial ICA award. 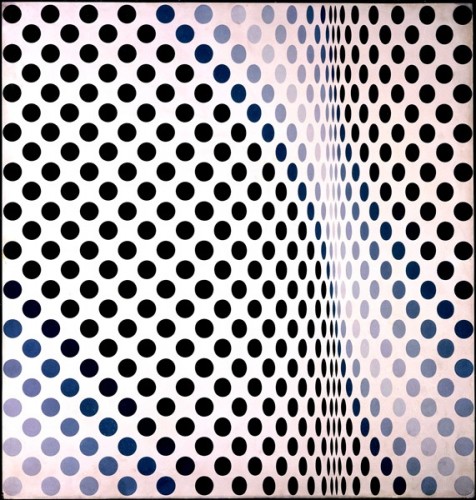 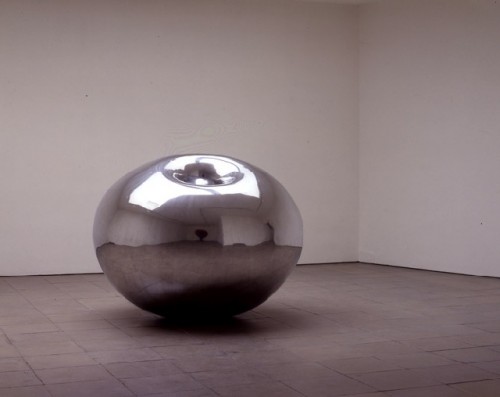 A sculpture by British artist Anish Kapoor in Super Vision. 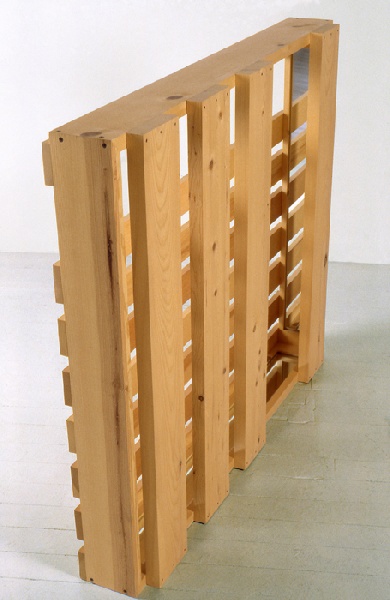 A Taylor Davis piece in the collection by a former ICA Award winner. 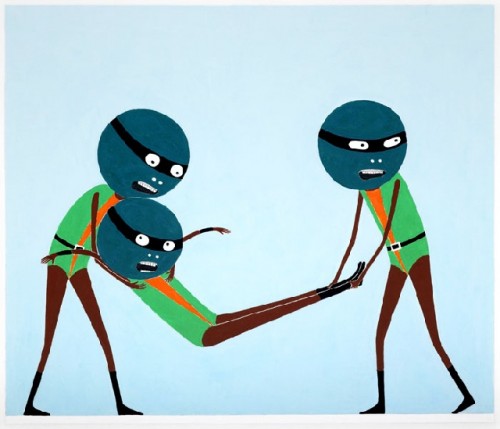 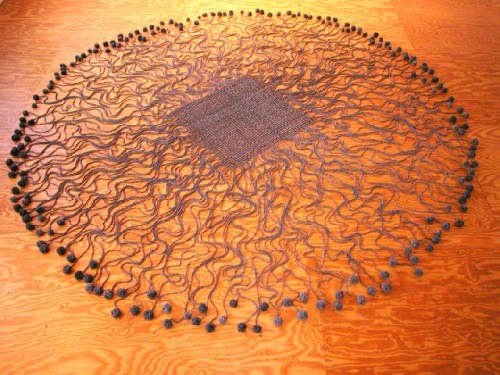 This Mona Hatoum work was acquired from the show "Made in Mexico." 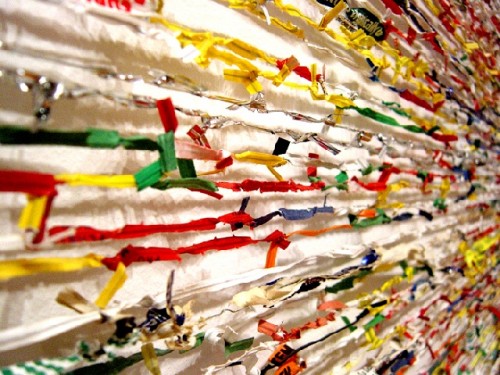 Rachel Perry Welty is a finalist for the James and Audrey Foster Prize.


After a delay in September, and in defiance of  generations of skeptics, curmudgeons and naysayers, the seemingly impossible happened this week when Jill Medvedow, a can do kind of girl, as director and visionary, presided over the opening of the spectacular, 65,000 square foot new building for the Institute of Contemporary Art on Boston's waterfront. As she spoke and introduced dignitaries to the media, including trustee, Barbara Lee, and the architectural team of Elisabeth Diller, Ricardo Scofidio and  Charles Renfro, there was a stunning backdrop of  glass soaring to two stories through which is seen a sweeping panorama of Boston harbor looking toward East Boston and Logan International Airport. During a highly competitive time, when the ICA was up against the expanding Museum of Fine Arts which is also undertaking expansion and renovation, Medvedow reported succeeding in raising some $65 million for building as well as endowment. Rumor has it that competition was so intense that she and MFA director, Malcolm Rogers, are no longer on speaking terms.

There was a time between founding director, James Plaut, and Thomas Messer who succeeded him before taking over at the Guggenheim Museum that the ICA would merge with the MFA and become its Department of Modern Art. Toward that end Messer "advised" the MFA on the adventurous acquisition of works by Karel Appel and David Park. But the MFA hired a dynamic young director from the Saint Louis Art Museum, Perry Townsend Rathbone, who had his own silly, disjointed and absurd notions of Modern art. That nixed the deal and the ICA struggled on for decades of ups and downs. More downs than ups. Although Perry, local artist Todd McKie dubbed him Percy, was a friend of the German expressionist, Max Beckmann, from their time together in Saint Louis, his acumen in matters modern extended to buying a late Picasso "Rape of the Sabines" with his buddy, Hans Swarzenski, from the artist's studio after what one presumes was a fine lunch. When Perry was on the way out for having assisted Hans in bagging a hot Raphael, later returned in scandal and disgrace on the occasion of the museum's hundredth birthday celebrations, he founded the Department of Contemporary Art at the preposterously late date of 1971, with Kenworth Moffett, a formalist, as its first curator. Despite a brief interval under Kathy Halbreich before she departed to take over the Walker Arts Center, the MFA has done little to distinguish itself in the modern and contemporary field since founding its Cinderella department.

Which left the ICA to slog along with the mandate of bringing cutting edge contemporary art to a city which has historically proved indifferent to it. In an average year attendance at the ICA has hovered in the range of 25,000 to 50,000 visitors. There was a spike to 350,000 when the controversial Robert Mapplethorpe show was presented by former director, David Ross. When he departed to become director of the Whitney Museum of American Art the next director, Milena Kalinovska, tried to mix in populist shows such as "Dress Codes," which drew on the gay community, "Inside the Visible" a survey of feminism, "Malcolm X" which catered to blacks, and "Elvis and Marilyn" which appealed to the middle aged and middle class. But none of those strategies proved to be effective or sustaining. Neither Ross nor Kalinovska were able to rally support for a new building. So Kudos to Medvedow for that stunning accomplishment.

But what to say of the programming of the ICA in the past score of years. At best a mixed bag of post modernism with a heavy emphasis on the pretentious and academic. Under Ross there was the gonzo "Currents" series when you never quite knew what to expect and there was no intended theme to what was shown. But it brought a steady stream of risky and edgy work to Boston which definitely had its moments after the team of Ross, Elizabeth Sussman and David Joselit got their shit together. Milena had a more focused vision and global experience but never hit the right combo and was viewed as aloof and unapproachable by board members. Medvedow appears to have the right touch rubbing the bellies of the board and donors. She walks the walk and talks the talk but one continues to head scratch over the esoteric, Olympian, theory driven exhibitions of her curators. Where Kalinovska gave us the Brits, Cornelia Parker and Rachel Whiteread, the current crew has presented Kai Althoff and Joseph Hirschorn, which I rather liked actually.

In the new building the exhibition spaces occupy the top floor which cantilevers dramatically toward the water creating an overhang for an outdoor performance area. It is described as three times the space of the old galleries of the ICA on Boylston Street but judging from what is on view in separate inaugural exhibitions- Permanent Collection, the four one woman shows of the James and Audrey Foster Prize, a group show "Super Vision," the one person installation of Sergio Vaga from its new "Momentum" series, and a lobby mural on the Sandra and Gerald Fineberg Art Wall by Chiho Aoshima- there is more but rather importantly a sense of samosamo. More is less.

Yes, there are lots of big names. A buffet of art stars from Nan Goldin,  Anish Kapoor, Jeff Wall, Mona Hatoum, Jeff Koons, Yoko Ono, Jeff Goldstein, and on and on and on. But, I repeat. But. And? Huh? What? Why? And stuff. Do all the high profile names strung together add up to anything that makes sense or even a statement? Is the idea here that if a lot of art is shoved in our face that becomes something of significance? Hey, you could just stay home and read the magazine or rent the video. There is such a sense of consensus among contemporary museum curators today, they all subscribe to the magazines and attend the same art circuit of biennials and art fairs, that there is a homogeneity to what they present. Does anyone out there really have any unique vision? Why do all the museum shows look alike? Why is contemporary art such a mess?

Of course with this dramatic new building the people of Boston will have the next century plus to sort it all out. But because the ICA has now included a contemporary collection and given over a third of its space to presenting it, one has the feeling that this building is already obsolete. Space wise. And on its tiny lot of land there is no where to go but out. And they have already done that.

Arguably for the next year or so the ICA can just run on the fumes of newness as people find their way to this inaccessible part of town that is still in development. It's a fifteen minute walk to the nearest T station and that may be a bit too much during the bad weather months. Parking costs $9 a day. Which is ok I guess but must be factored into the cost of visiting the ICA above general admission. So there are real issues regarding attracting and sustaining an audience. Like Mass MoCA I don't think people will go more than once or twice for the exhibitions in any given season. So the real question will come down to how it programs its wonderful auditorium. During the presentations the architects described how with a flick of a switch the space can be changed from glass vistas, to translucent light, or a black box theatre. Oddly enough its performance space is just about identical to Mass MoCA's but much more inviting.  It is here that the ICA has to put up the numbers. Big time.