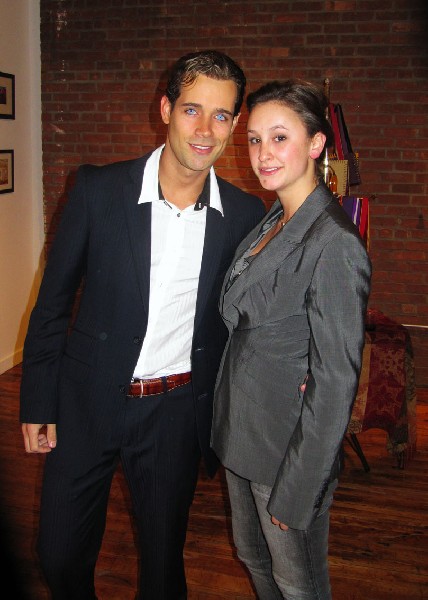 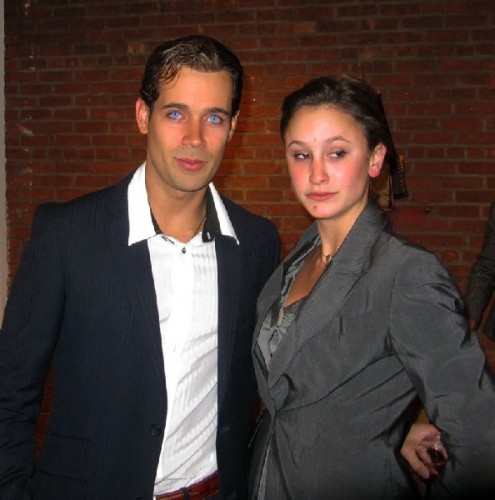 Alexis plays the artist Rachel and Kaio is the library clerk, James. 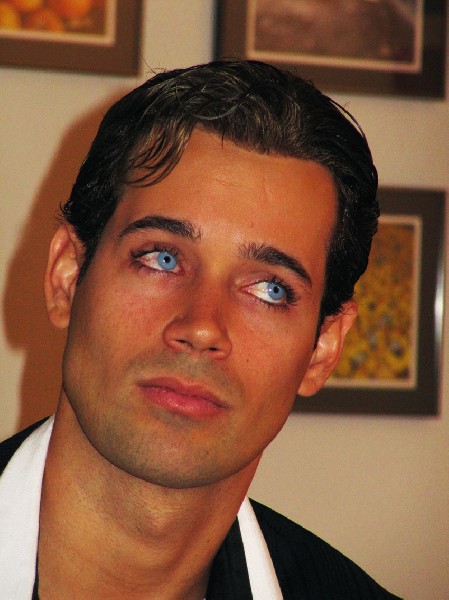 The Brazilian born Wilker is easy on the eyes. 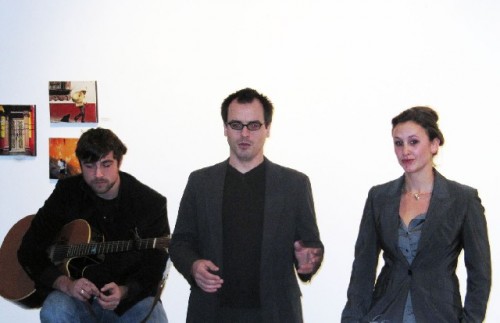 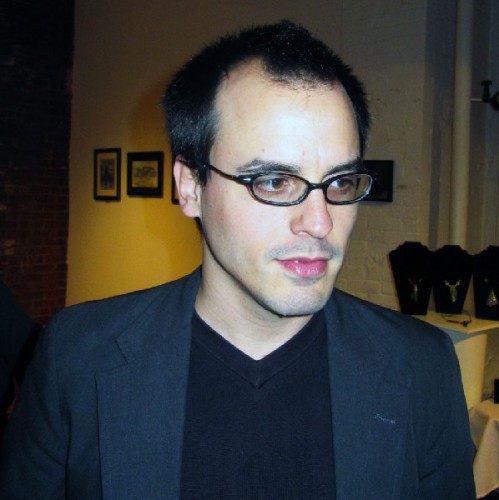 This is the fourth feature film for Christopher D. Grace. 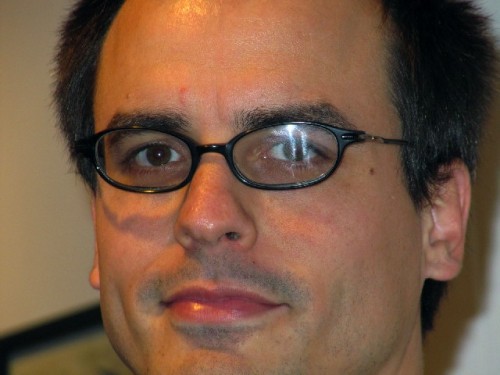 Grace hopes to start shooting in the Berkshires in January.

Yesterday, upon the stair,
I met a man who wasn’t there
He wasn’t there again today
I wish, I wish he’d go away...

When I came home last night at three
The man was waiting there for me
But when I looked around the hall
I couldn’t see him there at all!
Go away, go away, don’t you come back any more!
Go away, go away, and please don’t slam the door... (slam!)

Last night I saw upon the stair
A little man who wasn’t there
He wasn’t there again today
Oh, how I wish he’d go away

Inspired by reports of a ghost of a man roaming the stairs of a haunted house in Antigonish, Nova Scotia, Canada, the poem was originally part of a play called The Psyco-ed which Mearns had written for an English class at Harvard University about 1899. In 1910, Mearns put on the play with the Plays and Players, an amateur theatrical group and, on 27 March 1922, newspaper columnist FPA printed the poem in "The Conning Tower," his column in the New York World.

The poem is an inspiration for and title of a film, Antogonish, which has been written by and stars Alexis Ann Rosasco. The feature length film is currently in production and its director/ producer, and co screenwriter, Christopher D. Grace, plans to start shooting in the Berkshires in January/ February.

Last night Rosaco and Grace, along with co star, Kaio Wilker, and musician/ composer, CJ Fields, met informally with a gathering of artists in the Eclipse Mill Gallery in North Adams.

There was a very warm and local feeling as Rosasco was born in North Adams, in 1988, and grew up in Williamstown. Upon graduating from Mount Greylock Regional High School, in 2006, she attended the School of the Museum of Fine Arts, Boston and earned a BFA in the program with Tufts University.

She started auditioning for roles and was cast in a film to be directed by Grace. It was her first break but not long after the deal fell through.

“If I wanted to be in a film” she told us “I decided I would have to write one myself.”

Approaching Grace with the story idea he has worked with her to realize a project which they describe as a “Hitchcock style drama.”

To quote from their handout “Our story follows an eccentric young artist, Rachel Ames, (Rosasco) as she and her bored, disgruntled husband, Gerry, try to work through some of the issues in their marriage. Through the guidance of a sweet art student and temporary library clerk, James, (Wilker) and the intimate working relationship with jock-turned-model, Kyle, Rachel gets even more therapy than she is getting from stern, marriage councilor, Dr. Jon Goodman.

“In this strong Hitchcock style drama, will Rachel find peace with her adulterous husband or will she find her relationship issues stem from an even more complex and dark place clocked away inside herself.”

Alexis talked about wanting to get away from the pressure cooker Boston film scene and chill shooting the film in the familiar and bucolic setting of the Berkshires. More and more filmmakers are taking advantage of the natural beauty and aura of the region.

Even for ghost stories and psychological thrillers.

Because the character, Rachel, is an artist Grace started to look for an appropriate location. That inevitably connected him with the Eclipse Mill and its 40 artist/ loft spaces. Phil and Gail Sellers responded to their queries. There was an easy and natural connection between Gail, who grew up in Adams, and Alexis. As a part of the process of developing the project it just seemed productive to start making connections with the creative community.

Like when Alexis went out for a drink at a tough local bar. That raised a few eyebrows as she told the tale. It seems that the musician CJ Fields was taking a night off from performing. He asked if the stool next to her was unoccupied. Adding, “I’m not trying to pick you up.” She seemed a bit disappointed.

During the conversation that ensued he told her about his music. She invited him to write for the film. With humor, she stated that “His music might suck and my film may suck.” But apparently they didn’t as Fields charmed the gathering by performing two songs composed for the film.

Kaio Wilker, who grew up in Brazil of Italian and German parents, spoke of his first drive to the Berkshires. It seems he was stunned by the beauty and kept stopping to take pictures.

When you first meet the low key, and sensual Wilker you are astonished by the crystal blue pools of his eyes. Truly, this guy is eye candy and a chick magnet. He was glommed onto by every lady in the room. I had to remind some of them that they were married. The mom of Alexis was particularly attentive. With a laugh I told her to take a chill pill.

We imagine that Wilker will eat the camera when the filming begins. This dude has total star quality charisma. Watch out.

A trailer was screened followed by a Q&A. The clip included Kathy Bates.

We asked how she would be used?

Grace replied that her participation is being negotiated. She has several days available in January and would play the part of the shrink, Dr. Jon Goodman. It seems she likes the idea that the role was written for a man.

With a cast of unknowns, and an emerging filmmaker, adding Bates to the mix helps with distribution. The film  will cost as much as $250,000 and take between 30-60 days of shooting. Antigonish is destined for the festival circuit.

This will be the fourth feature film for Grace. He talked amusingly of his first one. On a budget of just $15,000 he thought he was shooting a Hungarian themed horror film. There were a lot of fights about his vision and that of the campy producers. The film is out there, with his name on it, but he advises us not to see it. Unless you are an Ed Wood fan.

When they start shooting we hope to visit and provide further coverage. It’s fun to support the locally grown.