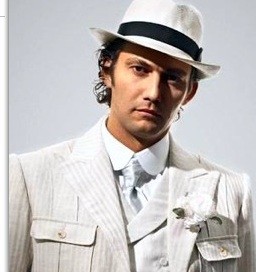 Jonas Kauffman as Faust. Whatever the problems of this production, Kaufmann is always a treat to hear. 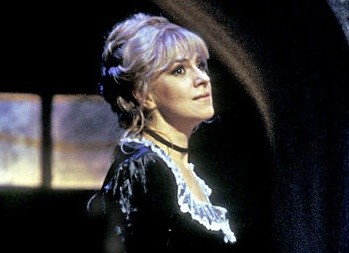 Angela Gheorghiu, a great singing diva, as Marguerite in Faust. She left the Met production, but can be heard at Convent Garden in DVD. 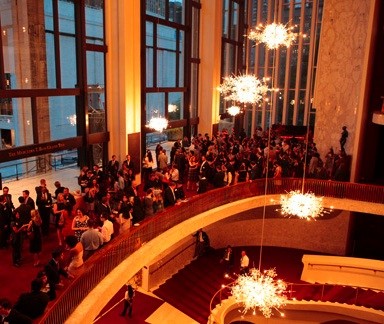 The popera of Faust comes to your local theaters this Saturday.  Apparently the charming hack Des McAnuff who put this production together has left town to devote himself full time to Jesus Christ Superstar.  The stage directions may be plucked, tweaked and adjusted in his absence.  Hopefully.

The most exciting event attached to this Faust was Occupy Wall Street’s presence at the Saturday evening performance.  A protester shouted 'Occupy Wall Street' in the house just before Act III.  One member of the audience tried to shush him, but others clapped in support.   A member of the house staff came onto the stage, but left without saying anything when the shouting stopped. Nezet Seguin returned to the podium as an extra battalion of security guards took charge of the crisis.

Angela Gheorghiu, originally booked to sing Marguerite, talked about this Faust on WQXR.  She wonders, as we have about the Karita Mattila casting in Tosca, why dreadful reviews from across the pond did not inhibit Met management from bringing this Faust on.  When Gheorghiu became aware of the ENO ‘fiasco’, she backed out of the Met production.  Gelb blogged at the time that she claimed to have been poisoned, but this little contretemps could well have been generated by a bouquet of violets sent as a peace offering to the diva. It is misinterpreted by a soprano who sings the Adriana role where a diva dies after she sniffs violets.  It is highly unlikely that the Met general manager would have tried to poison Gheorghiu.

Gheorghiu also reports that in conversation with Jonas Kaufmann he told her it had been right to leave this awful Faust production. Kaufmann reports being dressed down for trying to contribute his insights to the staging.  'Do what you are told.'  If this accounting is accurate, one wonders about the good sense of a director who has been gifted with one of the great tenors of our time.

Fleming sounded good in Saturday’s HD of Rodelinda, but even the suave New Yorker reports 'national concern' over the condition of her voice.

A few weeks ago, Gelb opened his pipeline to the NY Times to print the Met’s good news that fundraising had yielded unprecedented contributions.  The Times reported this without wondering where the money had come from.  But in the face of the divorce of mega donators Mercedes and Sid Bass, and news that the Met has been taken care of in their financial settlement, one can imagine that Gelb included the Met's mega bucks divorce provisions going out in time.

Surely Mercedes wanted to avoid the disgrace experienced by Alberto Vilar whose name was removed from the Grand Tier when he couldn’t come up with the cash.  One wonders also if the marriage might have lasted if Gelb had become Mrs. Bass’ walker.   Sid Bass said that the cause of divorce was that he never wanted to put on his penguin suit and never again attend another Met opera opening.