Hollywood and the Media 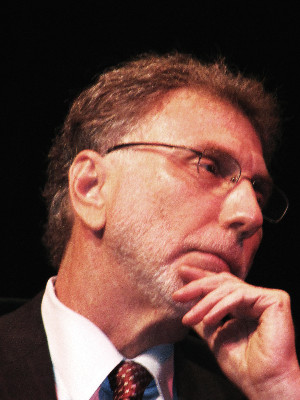 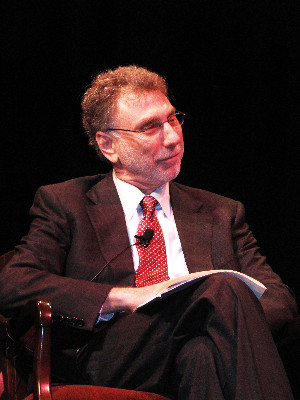 Baron was the force behind the Globe's investigation of sexual abuse in the church. Giuliano photo. 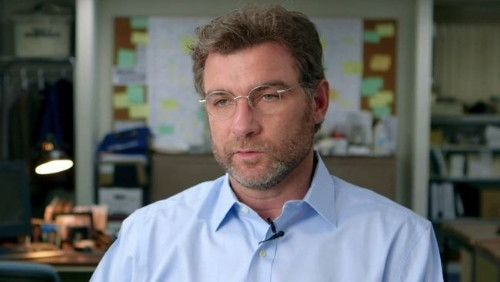 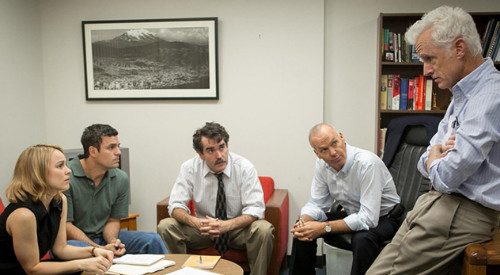 The Spotlight team at work. 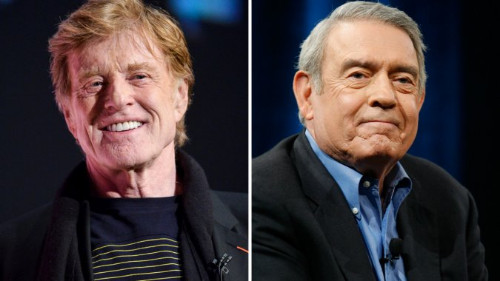 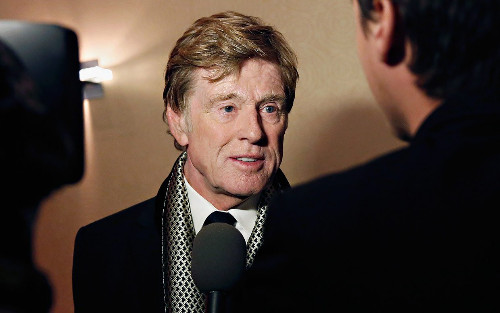 Redford as a dapper anchorman for CBS News. 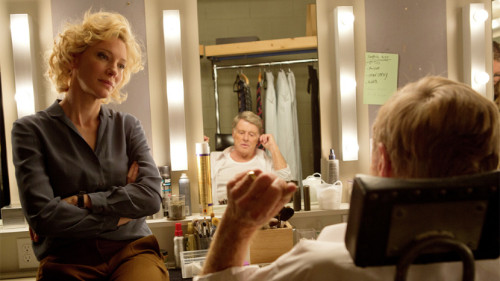 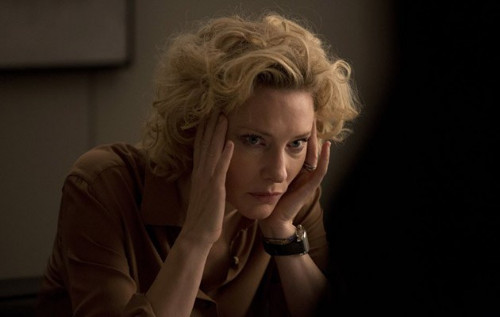 Another superb performance by Blanchette.

“Stop the presses” was a familiar refrain in the legacy of Hollywood films focused on news media.

Even though reporting on news events not that long ago they are artifacts of the end of an era when journalism still mattered.

Today the news is primarily disseminated on line through blogs and social media. Witnesses with smart phones can post footage faster than CNN. By the evening news hour what is reported is already known. For breaking stories the morning paper is at best a more in depth rehash. Also newspapers are no longer cheap cutting into daily sales and cancelled subscriptions. Why bother when content is free on line.

This has resulted in shrinking news rooms and cities that now lack their traditional daily papers. Those that are left, like the Boston Globe which is highlighted in “Spotlight,” just ain’t what they used to be. With diminished resources newspapers and TV news programs can’t afford to have more than one reporter covering investigative stories.

In “Spotlight” the newly arrived Boston Globe editor, Marty Baron (Liev Schreiber), meets with the investigative Spotlight team and asks what’s in the pipeline. He is informed that the crew of three reporters and an editor take as much as a year of digging to come up with a series. They are in the process of considering several leads.

Based on the top rated success of the CBS news series “60 Minutes” for a time there was a midweek spinoff “60 Minutes II.” There was pressure to provide content for the second broadcast. From higher up producer Mary Mapes (Cate Blanchette) faces a rush to judgment in vetting a story about how a young and privileged George W. Bush, and other sons of influential Texans, was spared service in Vietnam by flying (with an allegedly lax record of scheduled flight time) for the Texas National Guard.

Because of programming issues the normal lead time for a major story has been shortened. Against all professional standards the story was rushed to judgment. There is a sharp contrast to the time and care that went into the Globe nailing the story of sexual abuse by priests, not just by a few bad apples in Boston’s archdiocese, but nationally and globally.

Based on a single questionable source and second or third generation documents (the originals were destroyed) the Bush story was aired with Dan Rather as its reporter.

These films have a subtext about pressure exerted by powerful institutions (The Catholic Church for “Spotlight) and the Bush family dynasty resulting in pushback efforts to squash coverage. There are palpable threats to end careers of reporters and editors who challenge the status quo.

Although more than half of the readership of the Boston Globe is Roman Catholic much to its credit the newspaper backed its then relatively new Jewish, bachelor editor. It is interesting to note that all of the reporters on this story were Catholics by birth if somewhat lapsed in practice.

The performance by Schreiber is superbly understated in depicting the professionalism and chutzpah of a complete outsider taking down an off limits sacred cow. He appears to be immune to the protected turf and treasures of the city. This is conveyed by his indifference to comped season tickets to the Red Sox a traditional perk for Globe editors

Early on in his tenure Baron had a pro forma meeting with Cardinal Law in his Lake Street mansion and seminary. The meeting was cordial but Baron asserted his editorial objectivity. That mansion and vast property was later sold by the church to settle the numerous lawsuits that resulted from the Globe investigation.

Despite the many obstacles conveyed in the film the Globe reporters kept digging. In started with news stories of a few bad priests and just kept growing. Through classic journalistic techniques, combining archival research and interviews with victims and priests, the story began to unfold.

As a journalist, for me, the process of the investigation was as intriguing as the story of abuse, cover-up and corruption in the church. Through interviews with victims of abuse by priests we comprehend the devastation of damaged lives. This is true for all cases of abuse of children but it morally unconscionable that this occurred through vulnerable trust in the clergy.

In an interview with a former priest/ psychologist and authority on sexual abuse in the church we learn that about 50% of all Catholic priests violate their vows of celibacy. Most have affairs with adult men and women. Some 6% of all Catholic clergy, world wide, are pedophiles.

The Globe investigation started in 2001. When it finally ran there were national and global aftershocks. At the end of the film there is a daunting scroll down of American and international cities where similar events occurred.

For Boston it resulted in the reassignment of Cardinal Law to Rome and its elite Curia. Even at the highest levels the policy of the church has been to shift and relocate its tainted priests, bishops and cardinals. Those convicted of crimes are defrocked. Compared to the number of offenders, some 70 in Boston according to the Globe investigation, that’s a small percentage ousted from the church.

It is doubtful today that the Globe and most major newspapers have the resources to investigate a story of this magnitude and impact. The film includes a brief reference to the Herald possibly catching a hint of recently released court documents. There is the risk of being scooped with a one day story that would bury the Globe’s series of stories. It is always possible that a source will dime a story.

There was a time, actually prior to the film, when there was real competition among metropolitan news media. Through a series of sales and cutbacks the former Boston Herald Traveler has devolved from a fully staffed broadsheet to The Herald a trimmed tabloid with a diminutive news hole.

Even the local television stations, now mostly confined to rip and read, formerly had investigative teams. Not any more.

Here in the Berkshires not that long ago there were three papers; The Berkshire Eagle, The North Adams Transcript and weekly Advocate. The Eagle is all that’s left with shrinking staff and diminished reporting.

The story pursued in “Truth” had the potential to undermine the character of Bush during a tight race for the presidency. Had it stuck there was the possibility of altering history. Instead, bungled coverage of the questionable military service of Bush brought down the career of anchor Dan Rather and producer Mary Mapes. “Truth” didn’t get much traction with audiences and critics.

The film was as much a blunder and misfire as the events it covered. The superb performance of Blanchette never had a chance paired with an inert and embalmed looking Robert Redford. With his easy charm he conveyed none of the pit bull, feisty quality of the arrogant and ambitious Rather.

The real story is how, during a tight race with John Kerry, CBS executives caved to Bush Republicans convinced that they would claim the White House. Kerry was getting his butt kicked by the right wing Swiftboat attack ads. Conservatives were successful in convincing a slim majority of Americans that CBS, the New York Times, and liberal news media were out to get Bush.

Consider that Kerry saw action in Vietnam and was vilified, while Bush sat out the war as a weekend warrior, and may have even skipped that. Given the bungled “60 Minutes II” report we will never know the true story of how Bush dodged a bullet on his way to winning the election.

There are always breaking stories that grab attention and headlines. When yet another terrorist attack is launched reporters are dispatched to file stories about stories. There are no reporters left to keep digging on the investigations that are the focus of these films.

Looking forward to the next election yet again it will be shaped by a handful of billionaires. Their long reach will continue to influence and control the media. For news executives trying to manage sinking ships there is reluctance to stir the pot by confronting advertisers and powerful special interest groups.

What the heck happened to “All the news that’s fit to print?”