African Carriers in World War I

The Head & The Load at the Park Avenue Armory 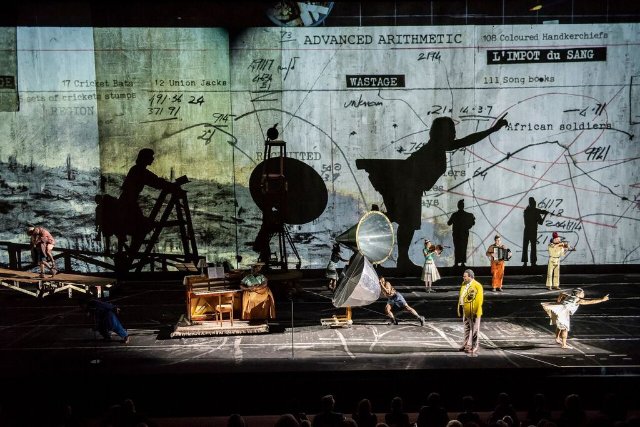 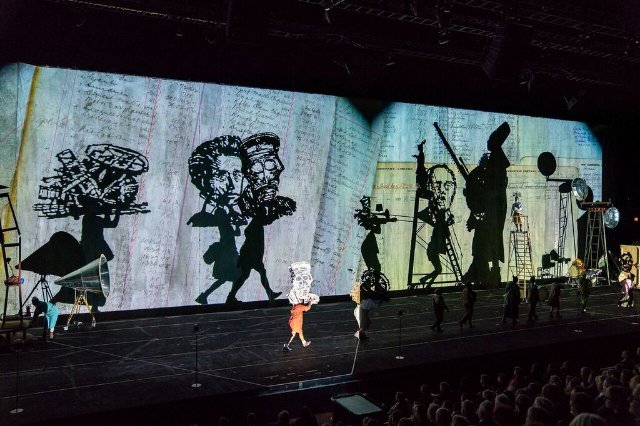 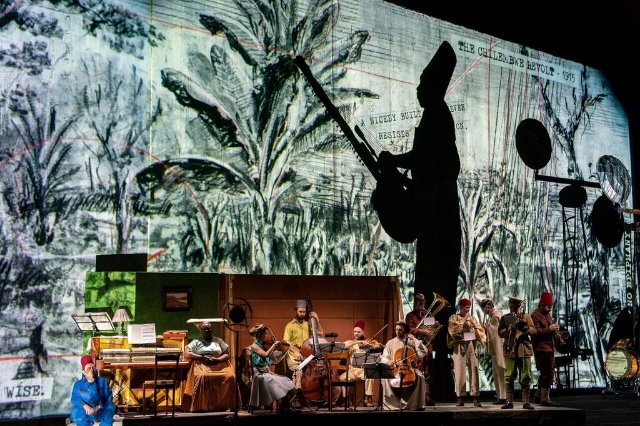 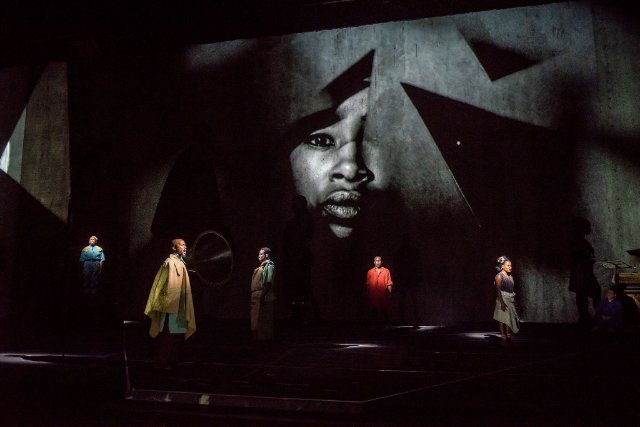 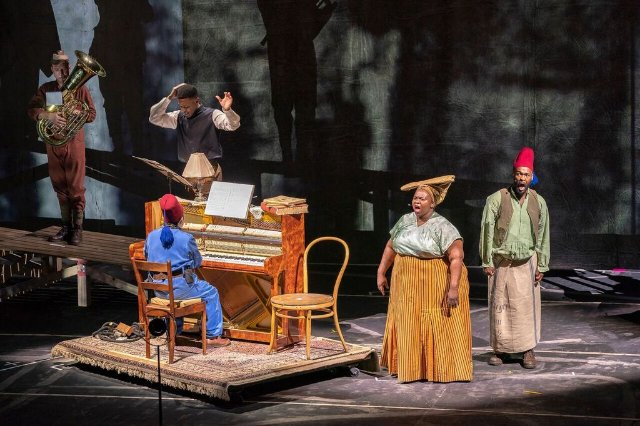 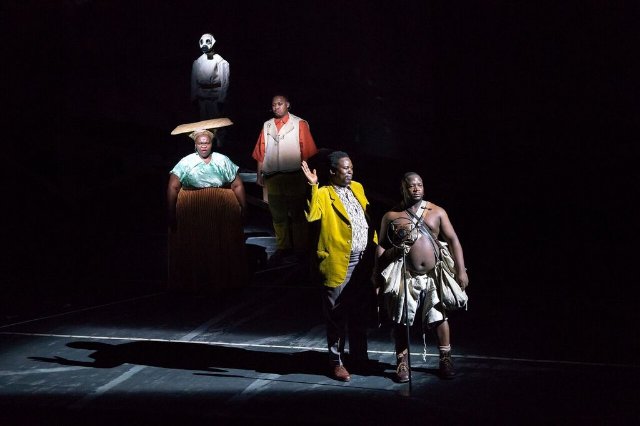 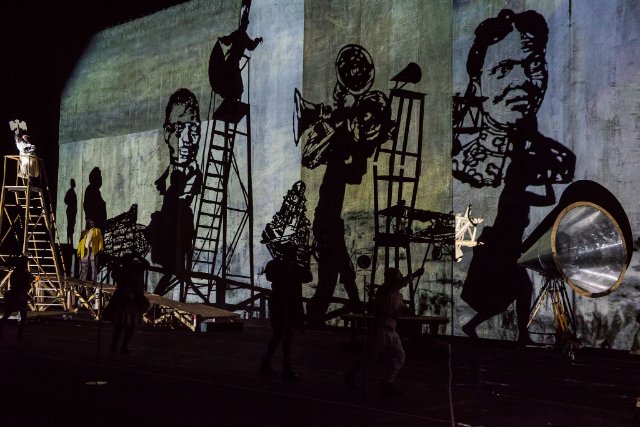 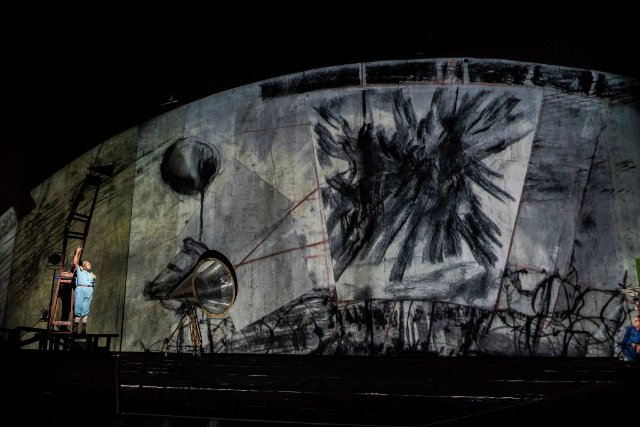 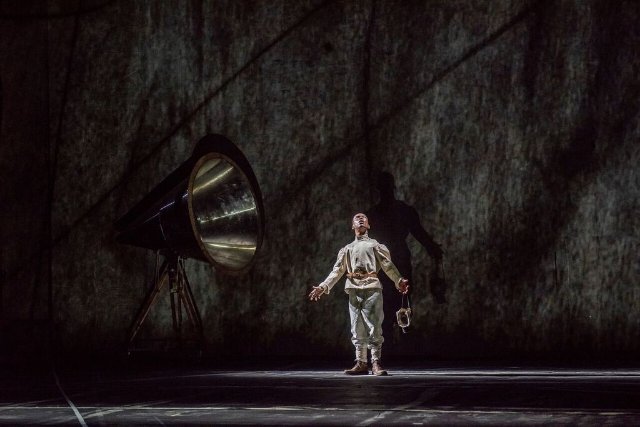 The Head and the Load Photos by Stephanie Berger Sipho Seroto 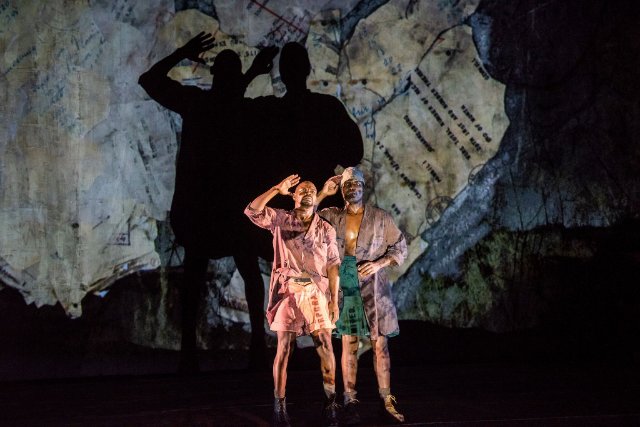 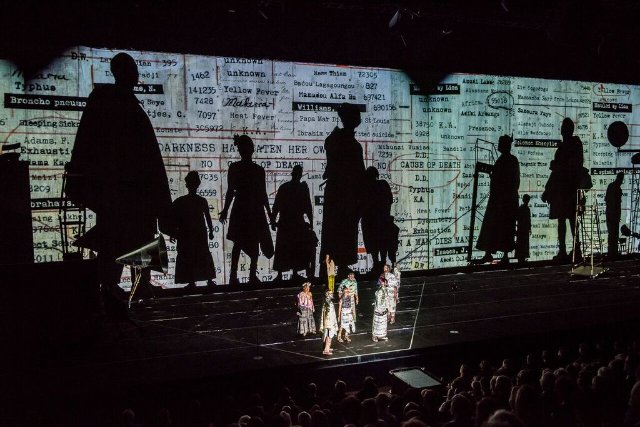 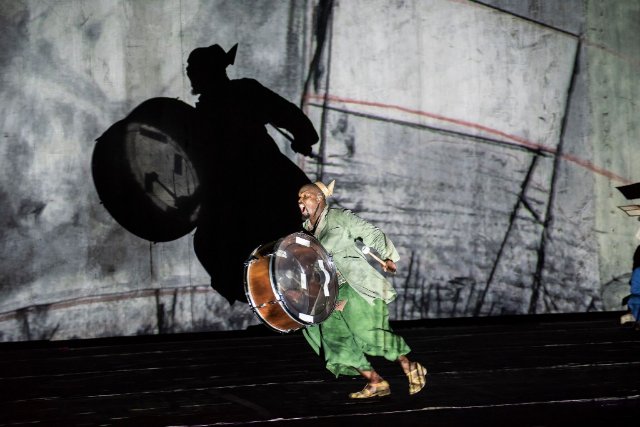 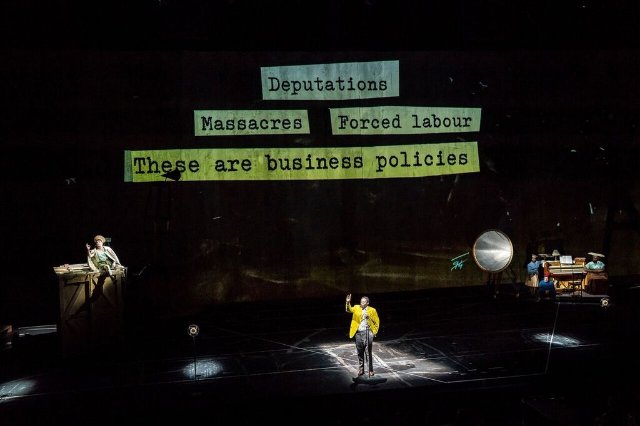 The Head and the Load Photos by Stephanie Berger Titles in Courier, Magnetic tiles of poetry 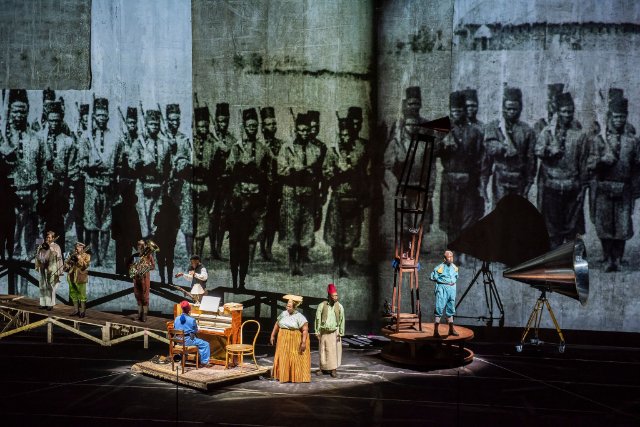 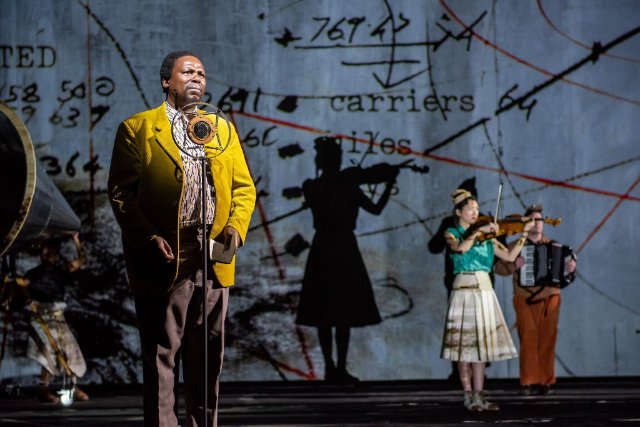 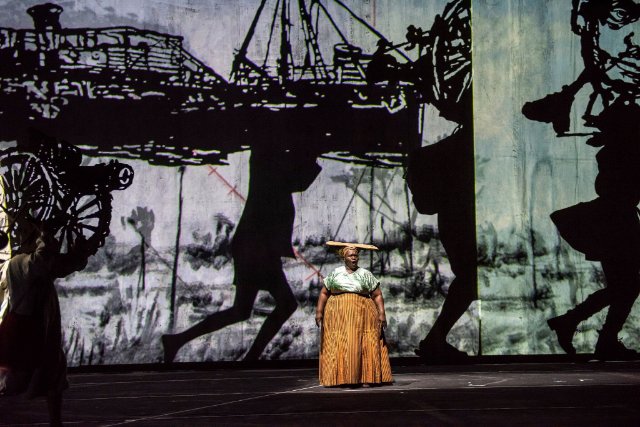 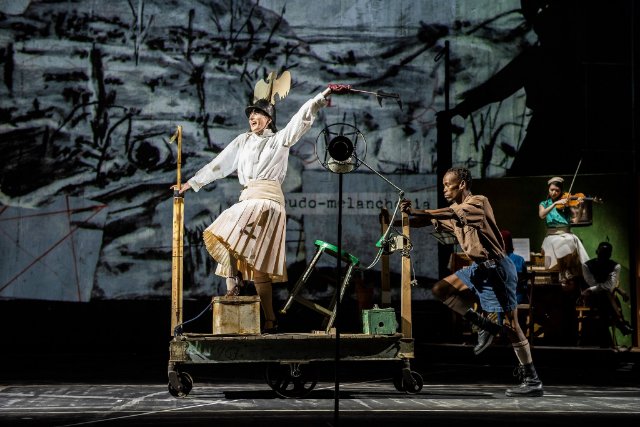 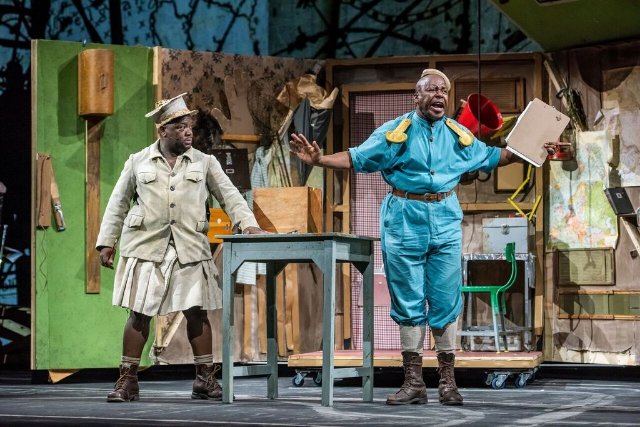 The Head and The Load by William Kentridge was prepared at Mass MOCA and arrives full-blown at the Park Avenue Armory in New York.  We come, if not to know, to appreciate the contributions of hundreds of thousands of Africans to the Western effort in World War I.  Who knew that African men were forced into service?  They did not know why.  Nor were they told in a language they could understand. One early audio in this production features Morse Code in many languages, Hungarian among them. The clicks of the code may suggest click languages.

These men were heavy lifters and served their superiors by carting food, clothing as well as guns and at least one bullet. Their contribution was indispensable, if unacknowledged. Kentridge is calling them to our attention in a wondrous pageant. The evening feels like a procession, both celebration and dirge. Cultures are both celebrated and crushed.

Some figures stand out although they are unnamed.  A man in a yellow jacket explains. Another in a green shirt, declaims.  Beautiful singing by Ann Masina early on and also a tall N'Faly Kouyate with a gourd resounds through the hall.

The stage sprawls in three parts across one of the long walls of the Drill Hall at the Armory.  Each section has at its center and on the floor a rhomboid through which lights can be cast. These spotlight characters and groups and also cast shadows, some small and some tall, against a huge screen which spans the stage at its rear, a moving panorama.

Here we see drawings by Kentridge the artist, maps, close up of the faces of soldiers and moving legs, and documents detailing those who died.  The screen is sometimes a triptych in which shadows can move behind a seam and reappear in another section.  African landscapes are not only beautiful but touching.  They seem so remote from Sarajevo and the trenches. The war was carried on in Colonial Africa, divided up at the Berlin Conference of 1884-5, as well as continental Europe, territory of the colonizers.

Phrases and sentences like the words in a magnetic poetry kit crawl across the screen. The typeface is courier like an old-fashioned typewriter. We could mix and match them with the eye.

Wonderful cupboards open like Joseph Cornell boxes to reveal musicians from The Knights, performing on cello, accordion and other instruments. They are pushed across the stage, a better load than the porters frequently had to carry, but pushed with the giant steps carriers used.  Hoisted on high are square filigreed tapestries whose beauty indicates their importance, but whose size indicated ‘load.’

Compliance and fury are combined in the ‘natives.’  Advances of European civilization impact the local population much as guns dominated the Spanish conquistadors takeover of the Aztec and Inca Empires. The African porters did not have an A. Philip Randolph to organize them. Twentieth century Africa has been dominated by black leaders who betrayed their own people.

The impact of the evening is powerful. It is full of both delight and horror and magnificent in its size and scope.