Another Take on the Hip-Hopera Hamilton 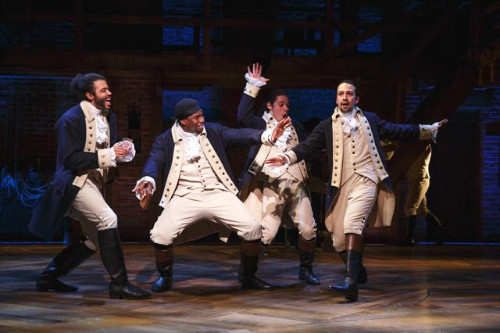 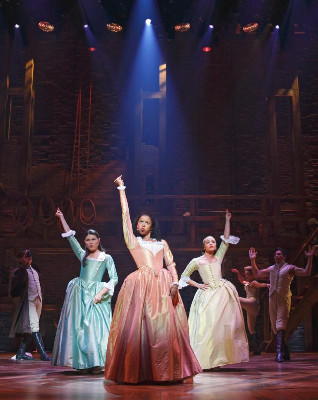 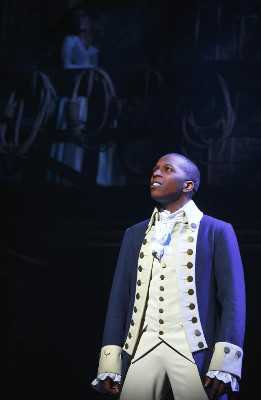 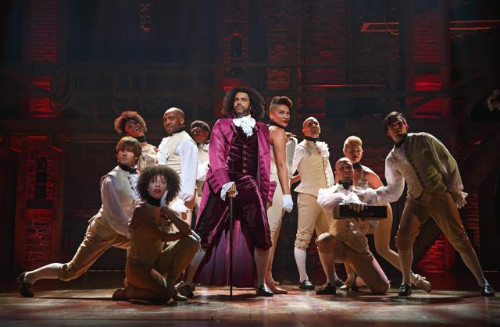 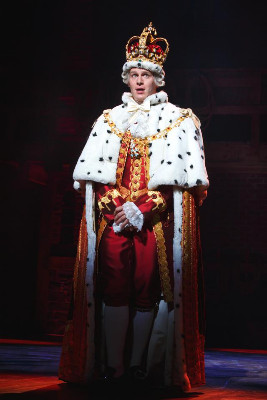 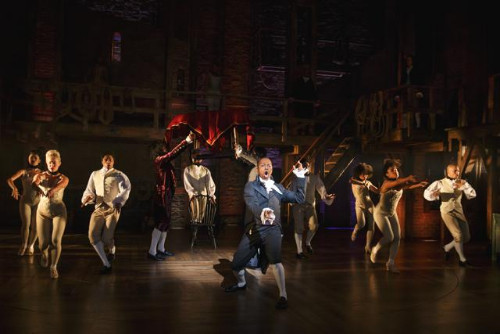 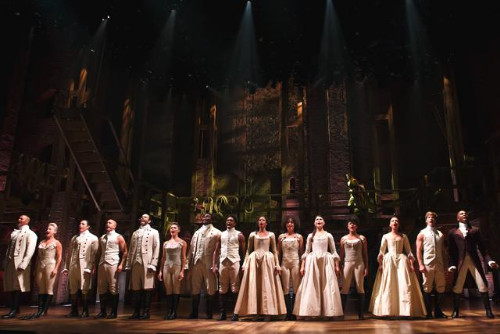 A fresh and a creative wind has blown into the Great White Way in game-changing fashion, potentially altering the way some American musicals will be staged and produced in the future.

“Hamilton”, the captivating musical/opera with a book, music and lyrics by MacArthur Genius Award recipient Lin-Manuel Miranda, is a breathtaking historical ride back to our nation’s Revolutionary War roots. Miranda also stars in the title role of Alexander Hamilton.

This time, the story is fueled by the drive, energy, and beat of Hip-Hop and Rap music, performed by a superb multi-racial cast directed by the uncommonly talented and gifted director Thomas Kail. Miranda and Kail are the same creative team that garnered four 2008 Tony Award trophies for their ground-breaking musical juggernaut “In the Heights” which ran for over 1000 performances at the Richard Rodgers Theatre – the same theatre where “Hamilton” is performing. Can lightning strike twice at the same theatre venue for the same team? You bet it can and it is.

“Hamilton” had been percolating in Miranda’s creative brain for more than six years before finally debuting off-Broadway and selling out performances at The Public Theatre earlier this year. Theatrical ventures – musicals in particular – have a gestation period far longer than elephants (two years for them), which most normal people would consider a long time before giving birth to anything. Not, however, in the world of theatre and Broadway.

It’s the hottest ticket in New York City, boasting $ 27 million advance ticket sales in just the first few weeks since opening. Rumors have it that orchestra tickets are selling on the street in excess of $1300 a piece for a weekend performance. The average theatre-goer can’t even imagine tickets commanding prices like that. It’s a sea-change show that will run for several years on Broadway, to say nothing of a national tour and then onto the major Regional Theatre circuit.

What makes this musical so successful? For starters, I believe it’s a production where the critical mass of creativity meets an abundance of talent. The result of that marriage becomes a confluence; a coming together at just the right time in America where a savvy theatrical team produces a musical that appeals to the new emerging American theatre-going demographic. “Hamilton” is not your father’s remembrance of 20th century American musicals.

The thirty-two cast members that breathe life into this highly entertaining history lesson with a beat on the rise and fall of Alexander Hamilton, move as one, never out of step, never out of the moment. It’s a visual feast both for the eyes and the ears of the audience. It also introduces Hip-Hop with a blending of Rap as the platform of preference in entertaining its audience. We’re not talking ‘gangsta’ rap’ here. We’re witnessing the birth of a new communication/entertainment platform for future musical productions. Hip-hop style, with its rhyming and propulsive lyrics and dance movements, more and more reflects the society in which millions live.

Before the over-fifty set dismiss the phenomenon of “Hamilton” as not an entertaining style for a musical, one should see the new face of the American musical, and then make a decision as to its relevance in our changing society.

The story of Alexander Hamilton, one of the brightest and best of our founding fathers, resonates with young people. One, he was an immigrant and an orphan; two, he was a man of color – it’s rumored that he was an Octaroon; three, he was an ambitious self-made man who attended a prestigious university, becoming a successful lawyer, and an aide to George Washington during the Revolutionary War. He was also a handsome ladies man who married well into New York political and social circles. With a resume like that it’s no wonder that he’s a historical character who appeals to young people, who are apparently making up half of the show’s audiences.

The tale of two powerful and ambitious men of American history is the story that playwright Miranda wants us to explore; two men whose paths are destined to cross with deadly results. Alexander Hamilton is wonderfully played by Lin-Manuel Miranda. As Aaron Burr, Leslie Odom, Jr. delivers a finely judged and nuanced performance as Hamilton’s political rival that sets in motion their tragic political arc ending with the death of Hamilton in a duel by the hand of Burr. Their story is as compelling and dramatic as it gets.

As my colleague Charles Giuliano mentions in his review of “Hamilton”, the two roles written by Miranda are of equal heft and importance, much like Shakespeare’s Othello and Iago pairing, adding that he wouldn’t be surprised to see both actors nominated for Tony Awards come this April 26th when award nominations are announced. I couldn’t agree more.

Gifted as those two lead actors are, however, this splendid production boasts many talented performers in this opera-like musical who sing and dance the story of “Hamilton” as there is no narrative text employed as a way of moving the story forward.

All the major supporting actors are outstanding and they include: Daveed Diggs who plays both the flashy Marquis de Lafayette and our third President Thomas Jefferson; Sydney James Harcourt as George Washington is a commanding presence; Okieriete Onaodowan plays Hercules Mulligan and James Madison; a stunning Renee Elise Goldsberry with a wonderful singing voice plays Angelica Schuyler, Hamilton’s sister-in-law, whom some have said was his first choice for a wife. But Anjelica was already married making the younger Schuyler sister Eliza, played by lovely Phillipa Soo, eligible to become Eliza Hamilton. Jasmine Cephas Jones portrays both Peggy Schuyler and Maria Reynolds; and Andrew Rannells (“The Book of Mormon”) renders a fresh, comical, turn as King George III.

This splendid production is blessed with a committed and dedicated ensemble cast that crisply executes the remarkable choreography created by the fabulous Andy Blankenbuehler, and the equally gifted Music Director/Orchestrations/Co-Arranger Alex Lacamoire, and Lighting designer Howell Binkley, all of whom are returning creative team artists from “In the Heights”. Why break up a winning team when everyone is on a roll? Why, indeed.

If you find yourself in New York City next year with some discretionary income in your pocket, I strongly suggest you catch a performance of “Hamilton” at the Richard Rodgers Theatre on Broadway. The good news is, you won’t be disappointed. The bad news is, the box office is only taking reservations for performances after October 2016. That’s what happens when a phenomenon arrives on Broadway.