A Range of Dramatic Power and Grace 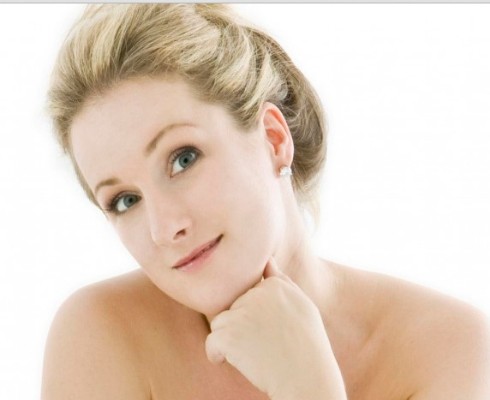 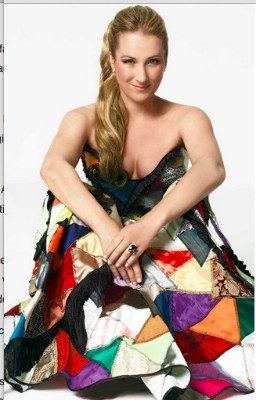 Damrau's dress designer picks up on geometry, triangles and Kandinsky. 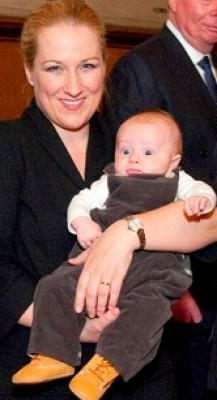 Damrau combines a big career with motherhood. She sang a lullaby that Strauss wrote for his beloved only son.

Diana Damrau, diva divine, swept onto the stage of Carnegie Hall, trailing pools of black taffeta, and gathered herself up for a beautiful, seemingly simple Schubert serenade from Swan Song, his last work.  Her lovely voice riding the breath mimicked the nightingale of the serenade.  It was easy to come to her, as she asked.

The songs she chose were in Emily Dickinson style: quiet, yearning and infinitely detailed.  Damrau dares to sing soft and low because she commands all the dynamics of her voice.  The soul is selecting its own society.

On a dime, the magic flow of a lover's mouth, and his handclaps are out the window.  She returns to Catullus and his kisses the next moment.  The intricacies of love won and lost were carefully and beautifully constructed as Damrau wove through the Schubert.

Damrau noted, in a charming request to the audience, that songs are chosen to be sung in groups, that applause usually follows the entire set. Which doesn't mean that you can't save up all the applause and triple-down.

Strauss is another matter for Damrau.  The arc of love fulfilled and escaping persists, but the colors are rich and the range dramatically wide. Damrau's talents as a dramatic actress are on ample display.

After the intermission, Damrau plunged into a lighter, funnier and wilder selection.   How often does an audience laugh at classic songs?  Damrau drew out not only smiles but guffaws.  A joke engagement, the elusiveness of life and love, a corpse soft as a glove, and then we ascend with a violin dancing, as Damrau embraces a rush of notes.  A heart full of moans ends the Poulenc.

Animal songs from Mr. Blue songs of Manuel Rosenthal were famously sung by Regine Crespin.  Carnegie was invaded by peeing elephants, a bespeckled dog at the hunt, a camel wishing to leave the zoo for a tropical home.  A barreling organ tops a song in which qualitative adjectives, like a nutty aunt, a cracked uncle, and a bonkers brother are all lifted and twirled.  What fun this diva is.

In a celebratory mood, Damrau danced the exotic scales of the gypsy songs with her voice.  Although the soprano seems to be a free spirit as she performs, it's clear that everything is planned.  She swooshed off the stage following her animal songs, displaying a blackfeathered tail, a train on her taffeta.  Her dress for the concert was emblazoned with a triangle, full of geometric shapes.   Yet she showed us what the triangle sounds like in the Dvorák song about it.

Craig Rutenberg is an accompanest who supports without intruding.  The program also showed his dash and flare when the piano is called upon to show off.

After a lovely Brahms song, Damrau's final encore was Strauss' Morgen.  She encouraged us to sink into the mute silence of happiness.

Damrau is a remarkable combination of vocal beauty and variety with a bold and also impish dramatic drama.  She gave us another special afternoon at Carnegie Hall.