The Mad Ones at 59E59 Theaters 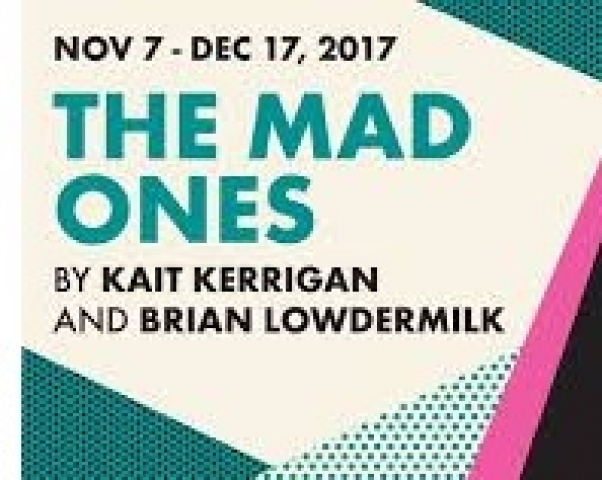 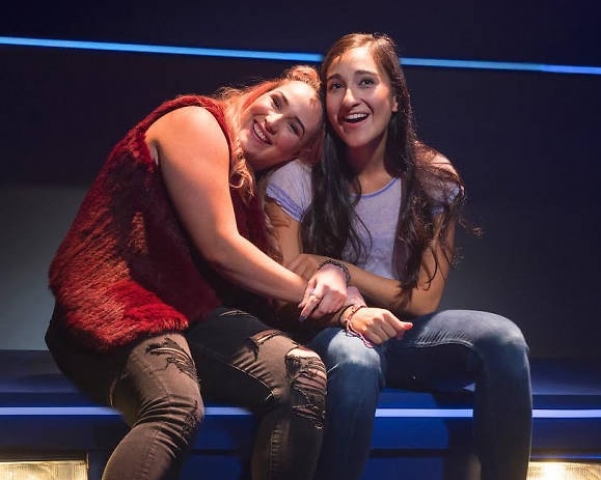 Kelly and Sam contemplating the road 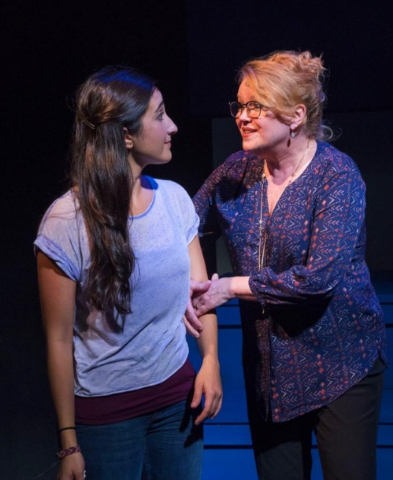 Daughter and mother in a peaceful moment 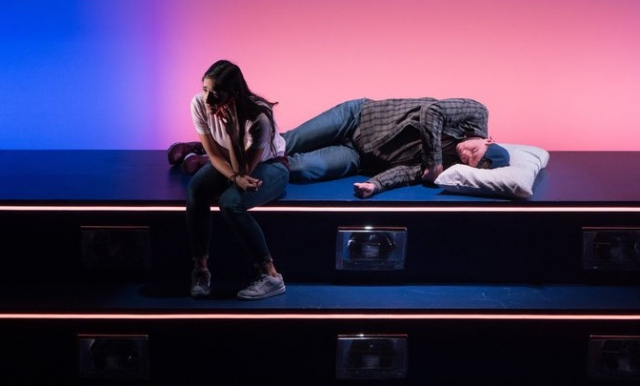 Will love keep Sam at home?

The Mad Ones
By Kait Kerrigan and Brian Lowdermilk
Directed by Stephen Brackett
Choreography by Alexandra Beller
With Krystina Alabado, Jay Armstrong Johnson, Leah Hocking, and Emma Hunton
Through December 17, 2017

The Mad Ones takes its title from Jack Kerouac. It is a kind of prequel to On the Road and also the film Thelma and Louise.   Samantha is a high school senior who is ambivalent about following the path for which she has been prepped by her mother. This of course includes The Ivies. Samantha has already been admitted to Harvard.

Her best friend Kelly was leading her away from the Eastern finishing colleges. She wanted Sam to remain with her and attend a state college. Sam has her Harvard deposit stashed away in her room. Her mother thinks it's in Harvard’s coffers.

Sam's friend dies early in the play, but continues with us as a star or angel. Emma Hunton is aggressive and appealing in the role.  We have no trouble accepting her presence.

This is a musical, and its most special moments are tucked in an upstairs balcony where guitar, violin, harp and piano provide accompaniment with a canned bass echoing throughout the house beneath them. Their role is original. The harp ripples like Samantha. Violin provides its own song. A guitar keeps the beat. The show is moved forward by the music.

Singing on the stage is well-done. Moving the play forward in time, it sounds like most popular Broadway musicals. Nothing new here, yet the songs please the ear.

The set is stripped down, with headlights and tail-lights embedded in risers. The mood of each moment is reflected on a small screen high up on stage left. Where Kerouac rolled a spool of paper out on the floor in what seemed like a road to him, the only suggestion of road in this play is figures cleverly choreographed weaving and moving by Alexandra Beller. The angst that Thelma and Louise face as they drive west is captured here as anticipatory fear in Krystina Alabado’s yearning voice. If she thought much about what happened to Thelma and Louise, who turned the key and grabbed the wheel, she might have stayed at home.

Particularly effective performances are given by the Mother played by Leah Hocking. Adam’s emergence toward the end of the play as he convincingly declares his love for Sam is touchingly portrayed by Jay Armstrong Johnson. Emma Hunton makes you wish Kelly had lived longer.

Will Sam be released to go on the road like Kerouac or Thelma or Louise? This is the question that drives the musical. Unfortunately, our investment is not great because an emotional arc does not emerge from the story. This is a touching tale which could use some inflection of feeling. The music is catchy. The performances first rate. The show could use shaping. It entertains amidst music, lighting and movement that engages.