The Apple Boys by Jonothon Lyons and Ben Bonnema 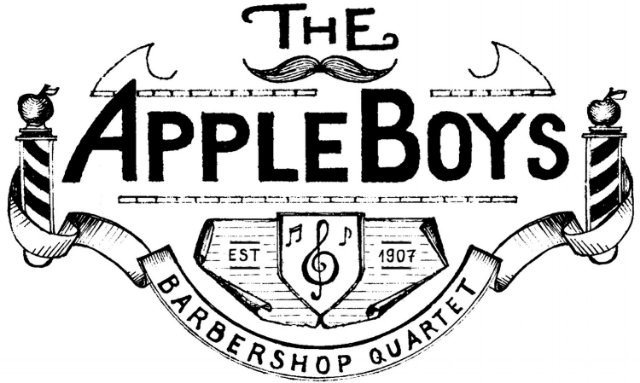 The Apple Boys at HERE in New York 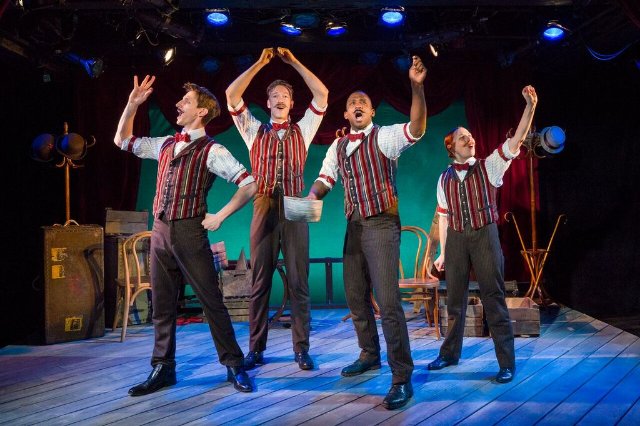 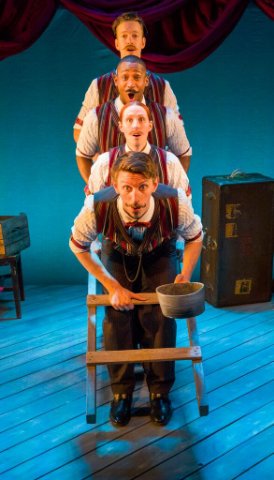 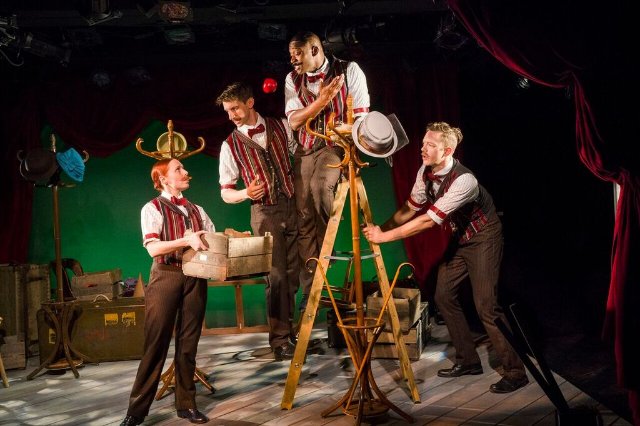 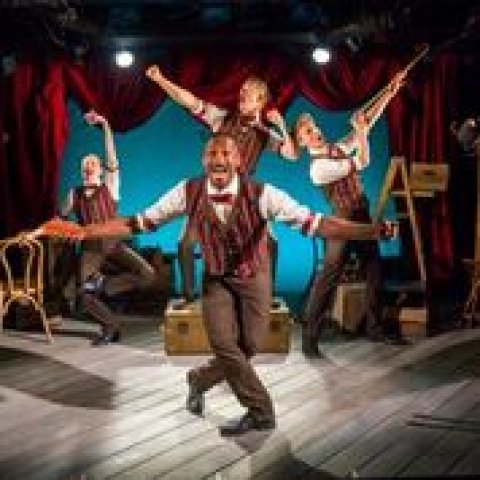 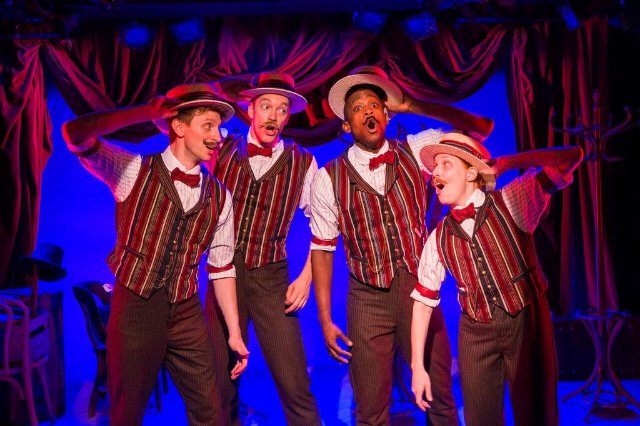 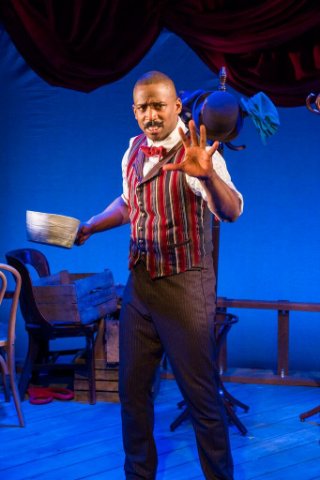 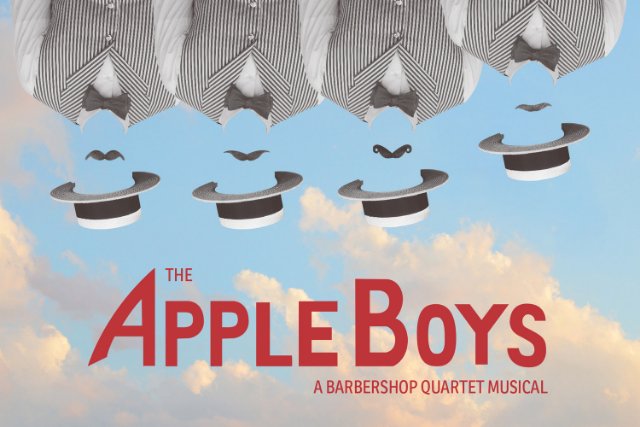 Apple Boys brings the Barbershop Quartet into the 21th century. Jonothon Lyons and Ben Bonnema conceived this piece. Lyons also entertains in it.

This musical form my have started as early as Beaumarchais in Barber of Seville in the 18th century.  Both black and white musicians claim ownership.  Every culture which discovered “harmony” in combined voices has used the four singer form. For men, voices range from countertenor to bass. In this staging, Amanda Ryan Paige sings the top, mixing a woman with three men.  Usually for women, soprano is at the top, and some form of female bass at the bottom.

Harmony is a word that has all but disappeared from the lexicon.  Each of the singers celebrates its pleasures. The Barber Shop Quartet provides the essence of the spirit of harmonizing with others.

Heart on the Sleeve Productions blissfully combines drama with the music.  Yet the process of achieving bliss is not always pleasant. With the Apple Boys, it is at least fun. Often high camp phrases, like calling someone who counts apples an ‘apple computer’, work because the timing of this group is perfect.

Set in Coney Island, Surf Avenue regulars will recognize the name of Nathan (Teddy Yudain), who fights continually with his wife about the appropriate price point for the hot dog. The quarrel is between ten cents and five, which clearly dates the piece. The idea that a pneumatic tube exists between the boardwalk and the Central Park band shell is fanciful at the least, but a lovely idea to entertain.

The evocative set suits perfectly.  Starlet Jacobs gives us an apple orchard made of coat racks.  Rui Rita succeeds in lighting to give the impression of dozens of characters.  Lindsay McWilliams costumes are appropriately striped.  Sound by DJ Potts and Dance by Marc Kimelman are icing on the hotdogs. Direction by David Alpert is timed to a tee.

Four people need jobs and join forces in an apple orchard, impelled by the Johnny Appleseed tale.  Jelani Remy portrays him as Jack Chapman III, at least three generations after the nurseryman traveled to Ohio, Indiana and Illinois. All four people love work in the apple orchard, which is threatened by a change of hands and the need to raise five thousand dollars.

To raise the money, the four apple pickers join forces in a competition whose prize is $4,956. They have already raised $44 by singing on the boardwalk with a tin pot.

The group offers us versions of the competition which illustrates the options available to quartets. Those from New Jersey are particularly evil.

The Apple Boys win and secure a prized position on the boardwalk, where jugglers, clowns and mermaids still parade.  Securing at seat at HERE is the prize you need to see this special musical, which offers delicious harmonies to everyone.