Hugh Jackman in The River

Fish Story of Ones That Got Away 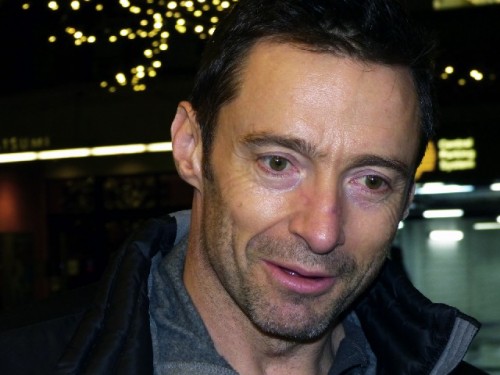 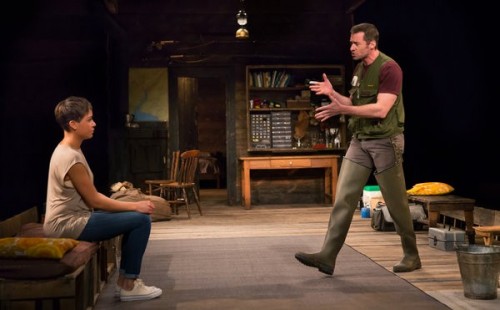 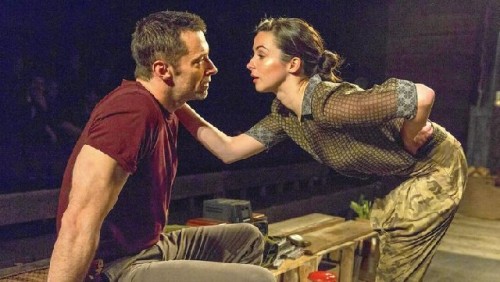 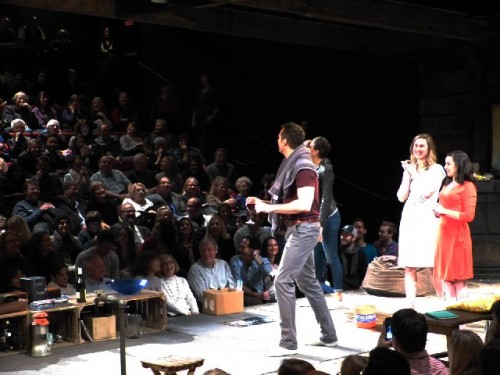 Jackman selling the shirt off his back for Broadway Cares. 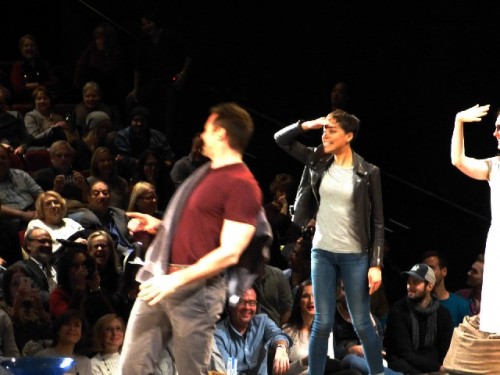 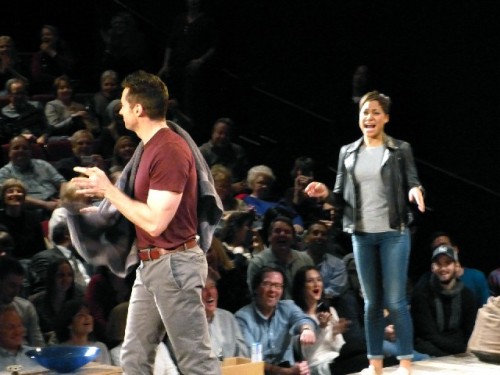 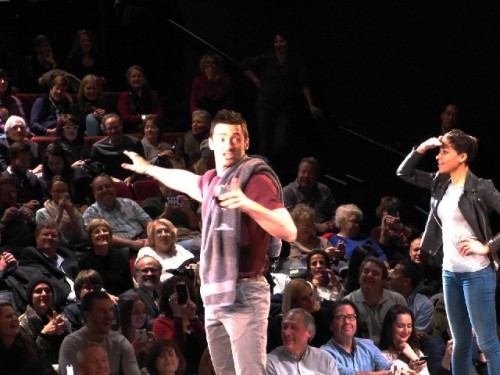 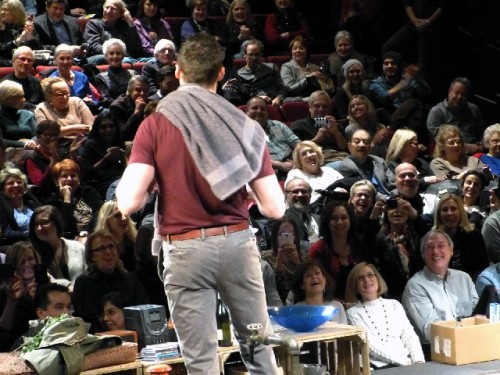 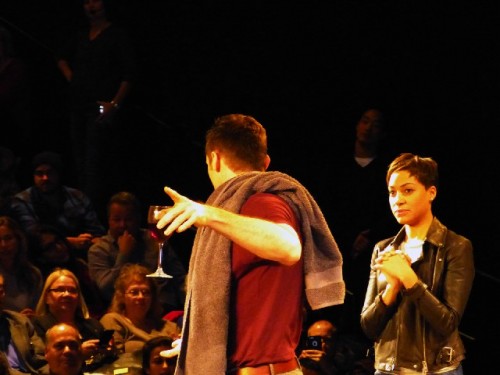 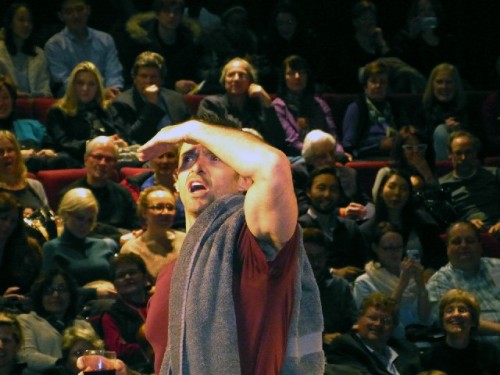 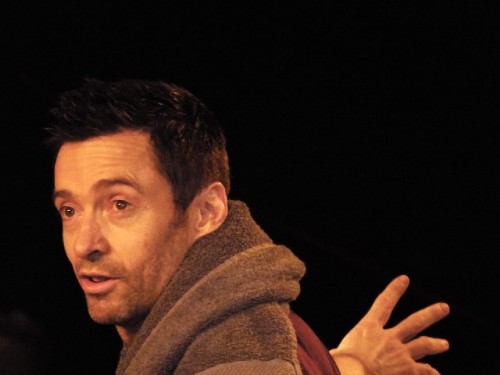 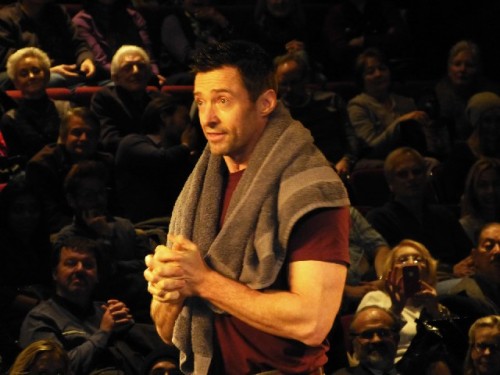 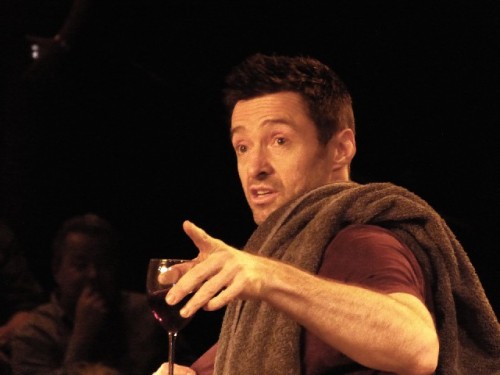 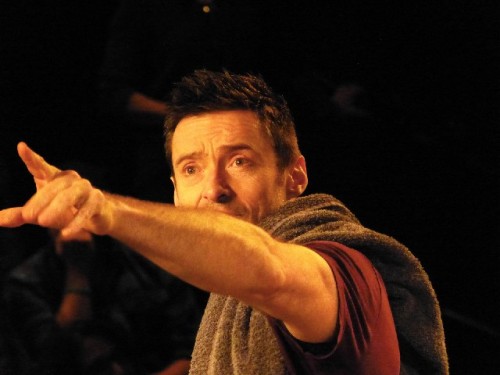 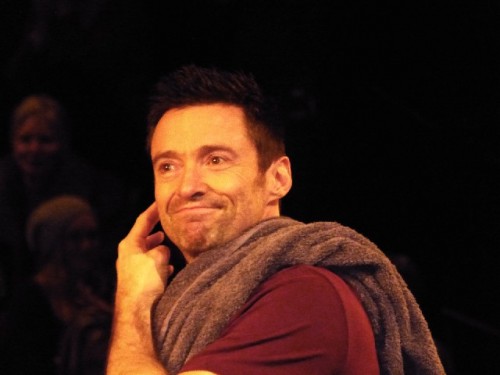 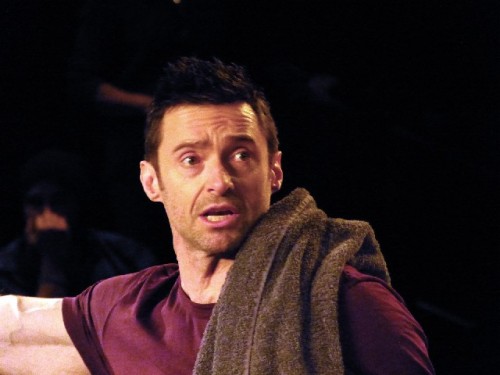 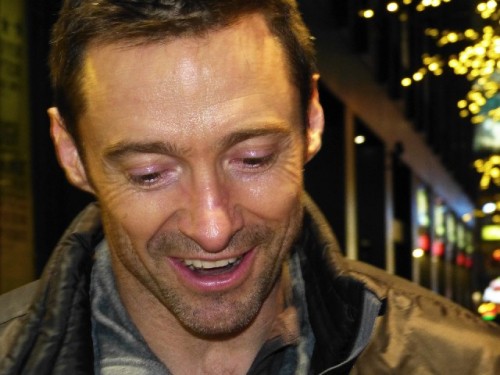 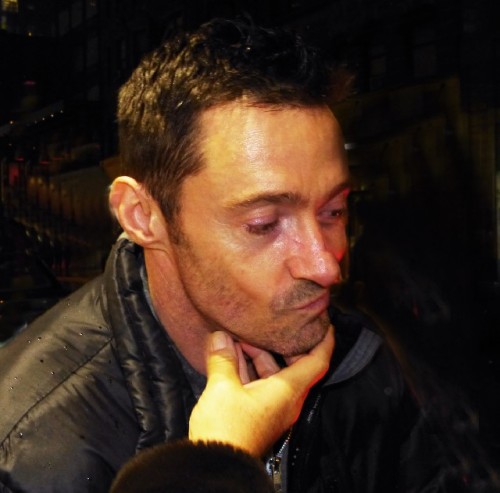 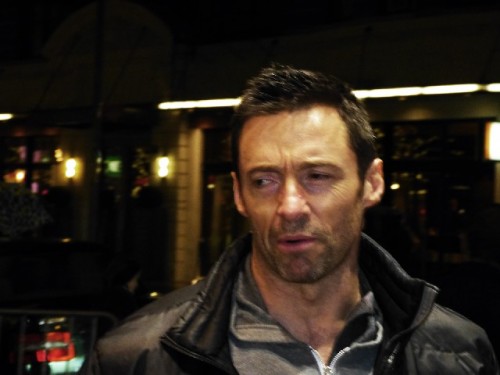 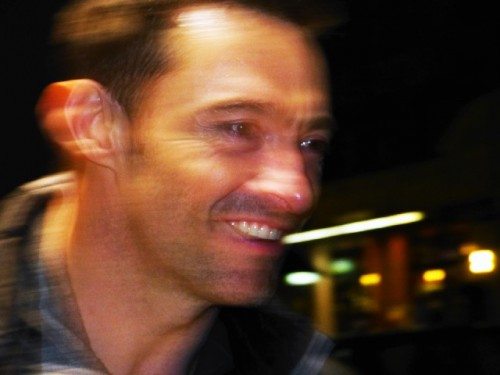 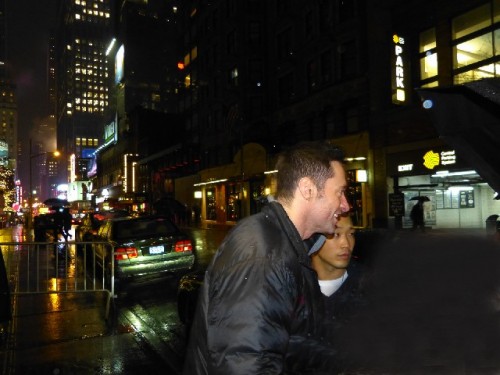 The Man (Hugh Jackman) has taken The Woman (Cush Jumbo) relatively early on in what is developing as a serious relationship to the fishing cabin he inherited from his father. An uncle owns a stretch of land flanking The River which is something of a family preserve. Anyone fishing it is a “poacher” as he vehemently proclaims when on a moonless night seemingly lost she is assisted in landing a fiercely struggling giant trout by a stranger.

In the intimate Circle in the Square Theatre the audience surrounds a long narrow stage on three sides. It is a rare and expensive opportunity to get very close and personal with a legendary star of stage and screen.

It soon becomes clear that the audience is confused on several levels. The majority have attended to see the star of action films like The Wolverine. Or the Tony winning song and dance performer who failed to salvage the mostly mediocre film version of Les Miz. Initially they laugh at lines that may be comedic but as this dense, surreal, confusing, slight and existential tale unravels, or devolves, take your pick, proves to be a rather dark drama.

There is difficulty discerning any viable chemistry of a couple so different and diverse by not just age but persona, interests and personality. Middle aged (born October 12, 1968) he has rugged, manly features and a chiseled body on the cusp of inevitable decline. She is attractive, twentysomething, but clearly not on his level other than being a trophy, a catch, a younger woman.

Indeed The River is all about the skills involved to lure, struggle with, net, gut and cook a spectacular creature of nature. Take that as an allegory of the mating game.

A weekend in the cabin is all about his machismo and genetic DNA. She is just along for the chance to be with a man she is deeply attracted to. The adventure of fishing holds little interest for her. Or so it seems. They have spent the morning with him providing lessons on casting with rod and reel.

One thought of Hemingway fishing or off on safari with the woman of the moment putting on a game face. She asks him about catching his first fish. His account evoked a memorable Hemingway short story. The author Jez Butterworth, a Tony Winner for Mark Rylance in Jerusalem, has other literary and poetic references.

To help her understand the aesthetics of the sport he insists that she read aloud "After Moonless Midnight." There is a disagreement and she balks. The poem was written by Ted Hughes the complex and somewhat reviled husband said to have tormented Sylvia Plath to an early grave. Eventually she read it but the poem hardly takes hold or explains anything.

There are quotes from Yeats and his "The Song of the Wandering Aengus."

I went out to the hazel wood,
Because a fire was in my head,
And cut and peeled a hazel wand,
And hooked a berry to a thread;
And when white moths were on the wing,
And moth-like stars were flickering out,
I dropped the berry in a stream
And caught a little silver trout.

Though I am old with wandering
Through hollow lands and hilly lands,
I will find out where she has gone,
And kiss her lips and take her hands;
And walk among long dappled grass,
And pluck till time and times are done,
The silver apples of the moon,
The golden apples of the sun.

Ah yes, The Glimmering Girl, that Other Woman (Laura Donnelly) who is more feisty and speaks with an Irish accent.

The unique attraction of this private fishing stream is that it is home to sea trout. As he explains they as a species are no different from river trout. In an annual migration cycle they swim down river into the ocean. There a few survive and become larger and more formidable for anglers. They return up river to spawn with the largest and strongest ones returning each year. Like salmon they are changed, strengthened and evolved by this struggle but do not spawn then die.

On a special moonless summer night one finds them in the river.

In the dark they have been separated. In a panic he calls the police to report her missing or worse. Then She or The Other appears. It’s been a false alarm or has it?

The interaction with The Other is seamless. We clearly see another and different woman but the dialogue continues as though nothing has happened. The plot thickens. Just who is she? Perhaps a sprit? Did she drown? The play draws us in with suspense.

Then the first woman appears. There is a, well, bait and switch. Separated in the moonless night she was assisted in landing a fish by a stranger. He interjects, a poacher, and wants to know if she kissed him. Yes, it seems, as well as with a flip, provocative remark “And I gave him a blow job.” The audience laughed.

But while he had no luck, indeed spent a panicked night looking for her, she presents a magnificent ocean trout. It seems she learned to fish from her father but never liked the sport.

In the fun part of this uneven evening of theatre we much enjoy watching Him gut the fish. There is a spigot and bucket as he cleans it. Then a cooking lesson as it is prepared for the oven. We are intrigued as he chops up fennel and leeks. The leafy part of the fennel is stuffed into the cavity left whole with head and tail. Several slits are cut into the fish into which are placed circles of sliced lemon. Sea salt and herbs are sprinkled on and the fish is placed into an oven at the end of the stage. Later a cooked one is taken out.

With glasses of white wine they share a meal of the fish. It is intriguing to see him gently cut and pull back the skin to expose and serve slices of the flesh. My mouth watered as I wondered who got to consume the “props” fresh and cooked after the performance.

We can’t discuss much else about the play. To do so would be a spoiler. But the show is just about sold out so doing so won’t influence a decision to see it.

The play was originally staged as a fringe production in London. The small theater in New York, one of the most intimate on Broadway, attempts to recapture that understated scale but with a big star and expensive tickets.

Overall, with reservations, I found this a satisfying experience. Scaled down to such a one on one level Jackman proves to be a compelling and skilled actor. Frankly, I’ve never seen Wolverine and have no desire to do so. Even without that experience, however, this is clearly another side of an actor who makes mega bucks portraying cartoonish, overblown action heroes.

The notion of a movie star showing his chops on Broadway has an uncanny resemblance to the current film Birdman. It underscores a trend of producers recruiting movie stars to sell their shows.

Take a celebrity like Jackman out of this underwhelming play and nobody would bother to see it. We would have liked to see more push back from the two, actually three, women. They didn’t give him much to work with. Actually, he got more blowback from the fish.

It’s that month in New York when after curtain calls the actors pitch donations for Broadway Cares an annual charity drive. In general that means staff and actors in the lobby with buckets for donations.

Jackman, however, turned this into a very special, thrilling event. In addition to all the usual signed posters, CDs, and autographed programs, he offered to pose for selfies at $100 a pop. Then he whipped the audience into frenzy literally auctioning the sweat soaked shirt off his back.

There was a lot of playful banter as he started the bidding at $1,000. It staggered along to $5,000 then $7,000. Pushing for more an excited fan demanded that she would raise the bid if he “took it off.” Gamely he responded that he does that in his movies. Another excited woman offered $10,000 if he would join them for dinner. Again he gracefully declined but nailed that closing bid.

Although it was a nasty, wet winter night I decided to hang out with the fans. Astrid was with the grandchildren in DC so it was a rare chance to play paparazzi.

And so it was with Trout Fishing in America. Yet again, this was about the one that got away.