Something Rotten on Tour

In Los Angeles at the Ahmanson Theatre 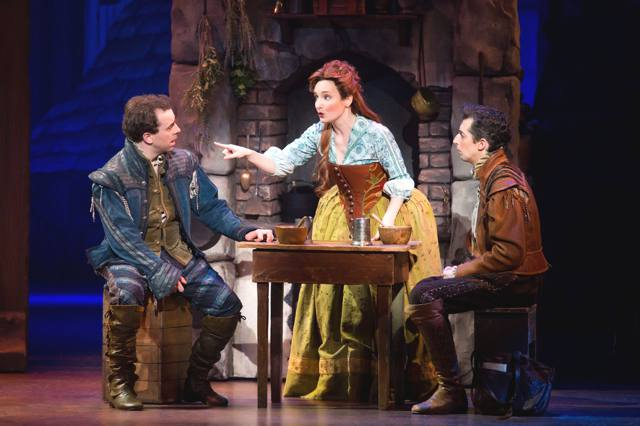 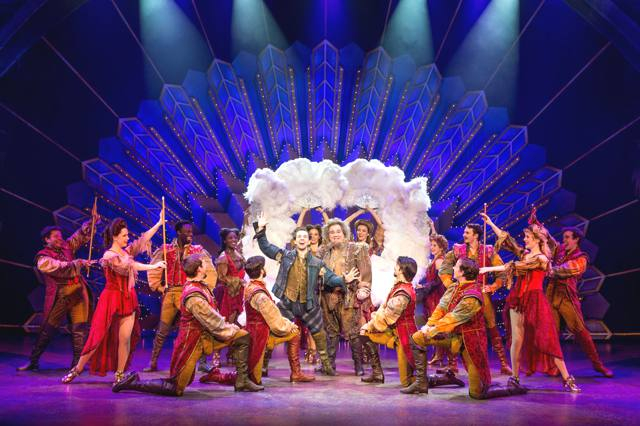 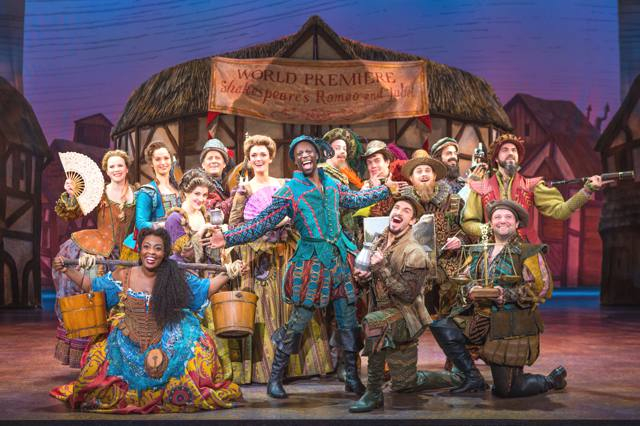 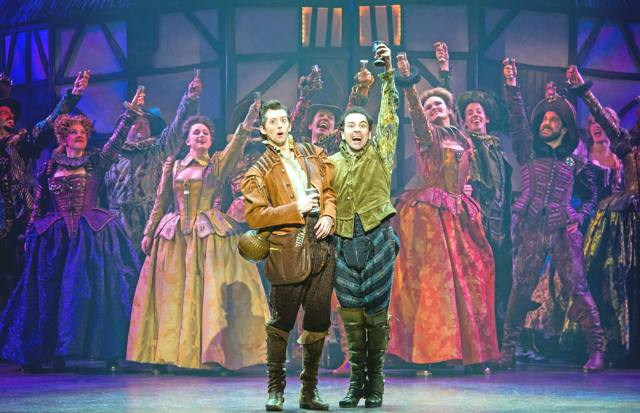 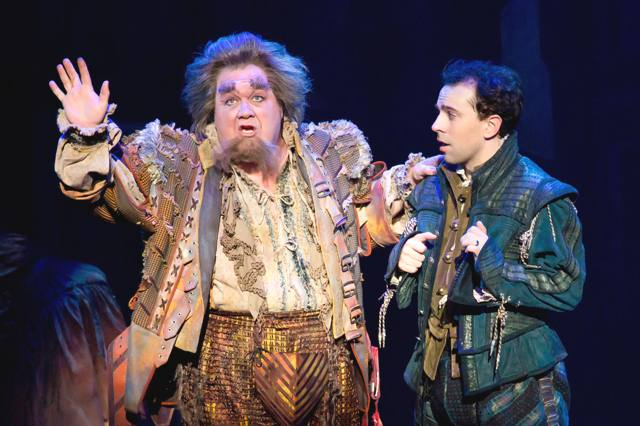 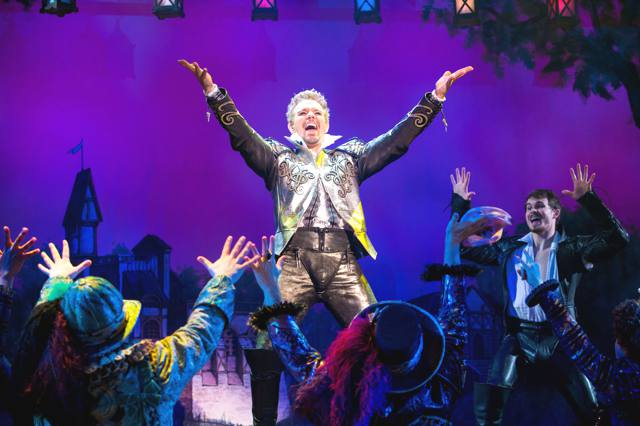 The Center Theatre Group brings another winning Broadway musical to Los Angeles with the bright, clever and energetic “Something Rotten”, now on stage at The Ahmanson Theatre. The Bard goes musical in this fresh, witty, and highly entertaining production from, the creative and inventive pens of brothers Wayne and Karey Kirkpatrick and John O’Farrell.

The Kirkpatrick brothers, although you may have not heard much about them until now, are journeyman show biz behind-the-scene professionals in the world of musical theatre, recording industry, and TV and film.

Wayne the oldest by three years has been a successful composer/songwriter for many of the top recording stars and entertainers like: Bonnie Raitt, Faith Hill, Tim McGraw, Joe Cocker and Trisha Yearwood and many others.

Karey, is a neophyte to the world of the theatre. He has no credits. But, he’s been a successful TV screenwriter and filmmaker-director for years.  Both were born in Baton Rouge, LA, and worked in separate fields of show business.  One night, the creative spark of why don’t we write something together, set Wayne and Karey on a mission to write a musical play revolving around Shakespeare, the man, and make him a character in their musical.  Four years later “Something Rotten” finally opened on Broadway hitting the Jackpot; a smash Broadway hit, along with eight Tony nominations.

Unfortunately, their terrific musical comedy opened in the same season as “Hamilton” (2015) that almost ran the table of Tony Awards that year – nabbing eleven.  Mel Brooks’ production “The Producers”, still holds the record for Tony wins with twelve.

The story, of “Something Rotten”, in short, is set in 1590s England where playwright brothers Nick and Nigel Bottom, sensationally played by Rob McClure and Josh Grisetti, respectfully, are desperate to write a hit play to pay their rent, keep food on the table, and pay back their theatre investors.  But they’re stuck in the shadow of that Renaissance rock-star known as Shakespeare, the Bard of Avon, a self-indulgent, preening (Adam Pascal).

When the local soothsayer Nostradamus (Blake Hammond) meets Nick he predicts that the future of theatre involves singing, dancing, and acting all at the same time in a single production, sending our intrepid playwrights into a writing frenzy in their effort to become the world’s first musical producers.

However, with the adrenaline rush and the excitement of their opening night draws near, the brothers Bottom realize that space on  ‘top dog mountain top’ is very small indeed, and the effort to get there has many of “This above all, to thine own self be true” moments.

I would suggest one listen carefully to the lyrics, as well as to the many dialogue references to other Broadway productions and movies, that are slyly slipped into the narrative by some of the characters. Me thinks, the show has the flavor and whimsy of a Mel Brooks production (which, after all, isn’t that bad).  Composer/lyricist Wayne and co-songwriter/lyricist Karey have written 14 original songs and musical numbers that are just flat-out dazzling and they’re choreographed and directed by Tony Award-winner Casey Nicholaw.

The high-octane opening number “Welcome to the Renaissance” sets the tone for what follows. Songs like “I Hate Shakespeare” sung by Rob McClure, and Josh Grisetti along with the Troupe are clever and funny. One of the best numbers in the production is the show-stopping “Musical”. The audience applause lasted almost 45 seconds.  I know, I timed it. That’s an eternity when performers are on stage waiting for the audience to settle back into their seats. But I guarantee you no performer would have it any other way.  Other musical number favorites are: “Will Power”, by Shakespeare and the ensemble, “To Thine Own Self”, performed by Nigel, Nick, Shakespeare, Shylock, Nostradamus, and the Troupe, along with the eponymous title of the production “Something Rotten”, performed as a rousing anthem by the entire company.

With a large cast show (twenty-seven performers) it’s difficult to list everyone, however, there are always standouts and “Something Rotten” is no exception.  Solid support comes from: Maggie Lakis as Bea, the on stage wife of Nick (and the off stage real wife of Nick), Autumn Hurlbert as Portia, Jeff Brooks as Shylock, and Scott Cote as Brother Jeremiah. Blake Hammond’s Nostradamus portrayal is a comic delight.  With his impeccable timing, it’s hard to keep one’s eyes off him when he’s on stage.

It wasn’t easy in 1590’s England to become top dog in show business, such as it was, and it’s definitely no walk in the park either to become top dog in the 21st century.  But what the real-life Kirkpatrick brothers bring to the Ahmanson Theatre in “Something Rotten”, is a deliriously crowd-pleasing, gut-busting, hilarious, singing, dancing (tap too), musical comedy production. It also has the good fortune to be directed by two-time Tony-winning director/choreographer Casey Nicholaw, that is sure to entertain even the fussiest of theatre-goers.

“Something Rotten” performs in Los Angeles at the Ahmanson Theatre and runs through December 31, 2017.