Bedroom Drama in the Coliseum at MMS Opera Theater 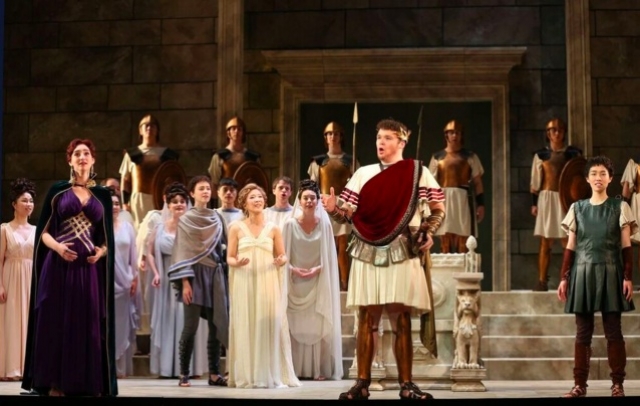 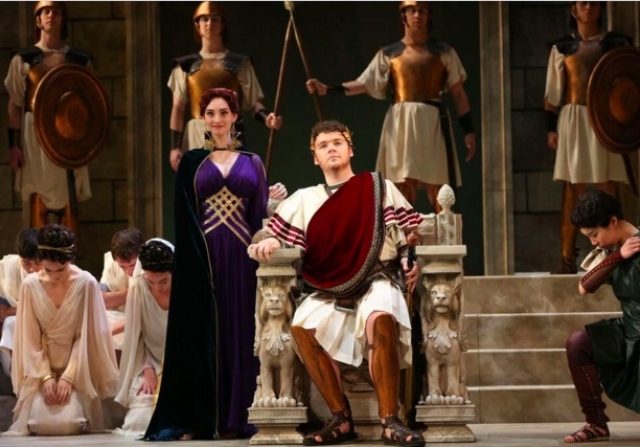 Vitellia, the Would Be Empress, with Tito Abigail Shapiro an Philippe L'Esperance, a terrific team. 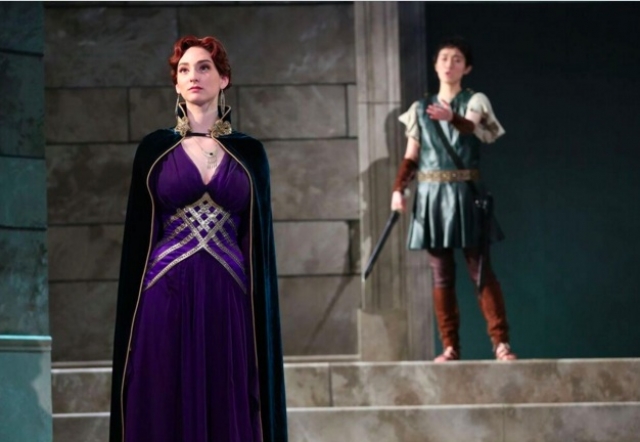 Vitellia and Sesto plot to kill the king. Hongni Wu sings Sesto in all his complexity. 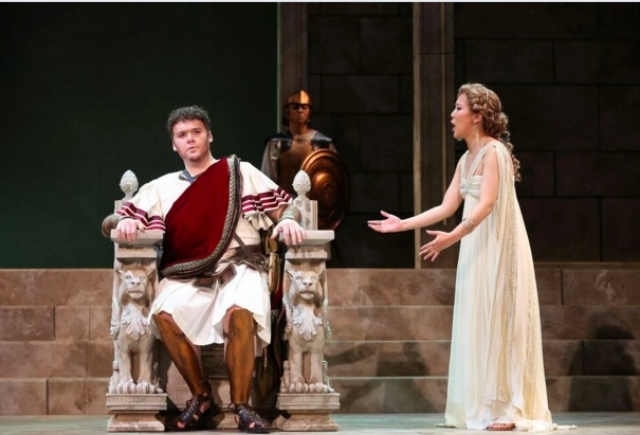 Hayan Kim as Servilia asks Tito to understand that she can like him, but not love him. Tito appreciates her forthrightness. Her singing is is as lovely as she is. 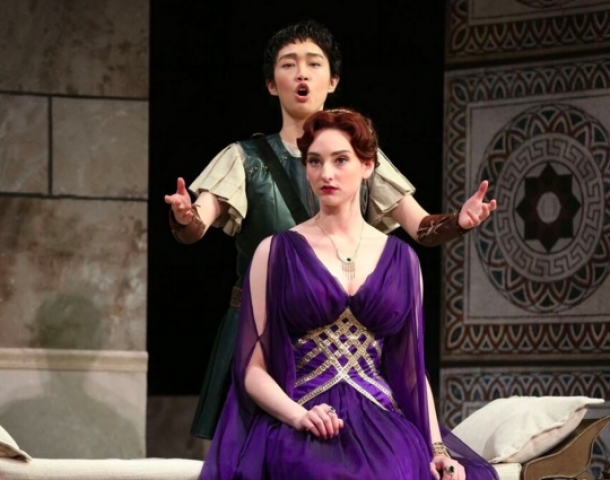 Despite betrayal, Vitellia and Sesto are saved by 'la clemenza.'

La Clemenza di Tito is the last opera Mozart wrote.  It took him a mere 18 days to compose.  He chose the opera seria form, which is identified by a noble theme and Baroque era musical conventions.

While it's often said that La Clemenza is political, it is clearly about being in a position of power and holding on to your humanity.  When the characters sing, they always describe their emotional state and allow us to experience them as real humans.  Each character is multi-dimensional and believable.

We are in a Roman public place reminiscent of the Coliseum, with glorious wide steps designed to suggest Tito's power. Yet the space most often feels like a bedroom.   Six characters mix and match. One of them, Berenice, never appears.

The object of Sesto's affections, Vitellia, is more interested in power than love.   Seeking revenge for Tito's ousting of her father, and as a woman having no right to the throne, she now wants royal access through marriage.  Tito casts his eyes everywhere but in her direction.

Vitellia is dressed in purple with a large sparkling rhinestone as her ceinture.  Draped in a Joseph-robe of many colors, she most resembles Urusla, the sea witch of Little Mermaid.  Why is it that sex and evil are so often allied in writers' minds?

Abigail Shapiro is terrific in the role.  She scampers over the octaves comfortably and can fill the coliseum with her large, beautiful tones.  Her singing is as extreme as her character.  She is at once vindictive, jealous and angry.  Her emotions are sometimes contained in long, legato lines and at others released in a fiery coloratura.

Philippe L'Esperance is what you wish for in a leader.  His humanity and compassion in no way are wimpish.  He is a strapping presence and sings forcefully from the start. Faced with choices between his pain at betrayal and his deep need to lead from forgiveness, he is a moving Tito.

Servillia is dressed to look like Cupid, in flowing white.  Who wouldn't want her?  Annio is her heart's desire, and when she expresses this to the Emperor, who also has her in his sights, Tito praises her for her truthfulness. She can only give him 'like,' not 'love.'

Rounding out the principals is Publio, sung by Michael Gracco, in delightful yet stentorian tones.

The chorus made up of the Pretorian Guard and Vestal Virgins add to the image of power.

The psychological complexity of the characters as they weave between each other is particularly striking.

George Manahan conducts the Manhattan School of Music's Orchestra at a brisk and beautiful pace.

La Clemenza is being produced throughout the United States this coming year. Everyone can take a page from this magnificent production's book.