The Theory of Everything

Biopic of the Amazing Stephen Hawking 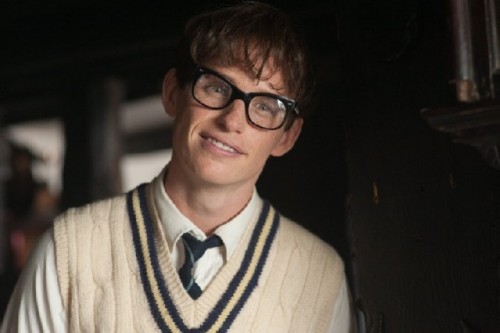 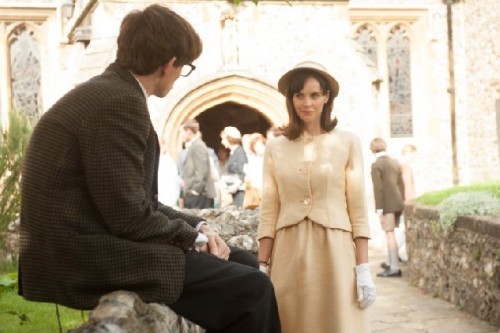 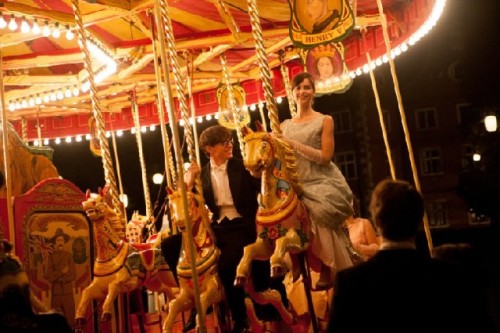 Screenwriter Anthony McCarten and director James Marsh, of the romantic drama “The Theory of Everything”, starring Eddie Redmayne and Felicity Jones, as Stephen Hawking and his wife Jane Wlde Hawking, have fashioned, with great skill, a movie about Britain’s famous living physicist. Their focus is on the relationship and the love story of a brilliant mind short-circuited by a form of ALS disease in his early 20’s, and the highly educated young English woman who becomes his wife; placing her own literary career on hold in order to love and care for her husband over a twenty-five year period.

If you’re looking for the cerebral fireworks of quantum physics and discoveries, endlessly debated by colleagues and scholars, along with giant blackboards with complicated and esoteric equations plastered all over them, well you should elsewhere. “The Theory of Everything” is a character-driven movie. It’s lushly photographed by Benoit Delhomme, exquisitely crafted and directed by James Marsh, and superbly acted in the style of movies that we don’t see much anymore. It’s a most welcomed throwback to movies that were linear and compelling in their telling and captured a period with style and grace. All lives have a story to tell. Movies without a story to tell are films written and designed merely to technically assault the senses and sell popcorn.

One of the many strengths of British cinema and TV is in its depth of wonderfully classical trained actors available and eager to perform a wide range of roles – from leading men and women to supporting roles – which they perform without bruising their egos or stature. Celebrity status is not a consideration in selecting a role. The traditional adage of “there are no small parts in the theatre, only small actors”, applies to their work ethic. It’s a repertory system of sorts that has served audiences and them very well over the years.

The story set in 1960’s England revolves around Cambridge University student, twenty-one year old Stephen Hawking (Eddie Redmayne), who meets and falls in love with fellow student Jane Wild (Felicity Jones). Hawking, a brainy, introverted, and somewhat of an anti-social young man, meets Wilde at a university dance where a mutual attraction develops. Their courtship begins to flourish and grow. Then Hawking’s life completely changes as a result of a medical diagnosis of a rare form of ALS (commonly referred to Lou Gehrig’s disease) that is detected following a fall on the school campus.

Undaunted by the news of Hawking’s condition, the young lovers continue dating, and eventually marry, despite the advice from parents to wait a little while. The parents are solidly played by Emily Watson and Guy Oliver-Watts, as Jane’s parents and Abagail Cruttenden and Simon McBurney, as Stephen’s parents. Their concern is that Stephen has been told he has just two years to live.
Their romantic, but physically challenging lifestyle, produces four children and fame as Hawking, a promising English physicist now becomes a scientific celebrity and famous for his books and scholarly papers and speeches on quantum theories of black holes and the time/space continuum.

Over the years Hawking’s deteriorating health issue requires additional medical assistance, which comes in the form of therapist Elaine Mason (Maxine Peake). Elaine’s interest in Hawking ultimately grows beyond her therapist role to one of admirer, to would-be lover, to Hawking’s second wife. After twenty-five years of marriage Hawking divorces Jane to marry Elaine.

As Jane begins her new life, she seeks out the friendship of the children’s old piano teacher, sensitively played by Charlie Cox. He was always drawn to the Hawking family. First as a piano teacher, and now he returns as Jane’s suitor.

Not only is Redmayne’s incredibly difficult portrayal a marvel of nuance and intelligence, it’s a testament to the actor’s dedication and commitment in creating a full-blown, complicated and physically challenging portrayal. Stephen Hawking, at age seventy-two saw the film before its release and gave it his blessing. I cannot think of another actor who could play Hawking as convincingly as Eddie Redmayne. It’s a bravura performance, astonishing in its artistry, power, and inventiveness and is the type of performance that touches the hearts of Academy voters come Oscar nomination time.

Comparisons are odious at best, however, it’s hard not to compare Daniel Day-Lewis and his Academy Award turn as Christy Brown in “My Left Foot” with Redmayne’s Hawking portrayal. Both actors play similarly afflicted and physically challenged characters. I feel pretty safe in saying that Redmayne wouldn’t object to the comparison at all, especially if walks away with the Best Actor statuette like Day-Lewis did. Right now the early buzz on the street is that he has a lock on a nomination. The Oscar chatter also sees a nomination for Jones as Best Lead Actress.

As good as Redmayne is, however, he doesn’t do it all alone. The on-screen chemistry between the young English beauty Felicity Jones and Redmayne is solid, palpable, and appealing. Jones brings such inner strength to her character of Jane Hawking. Her performance is a study in unrequited loyalty and devotion as a wife, mother, and care-giver; all the while not falling into a character drowning in bathos or the “suffering wife” syndrome. It’s no wonder the hearts of the ladies in the audience go out to her.

The success of “The Theory of Everything” rests squarely on the strength of its two very talented stars: Redmayne and Jones. Be on the lookout for a Best Picture nomination as well come January 2015 when Oscar nominations are rolled out.