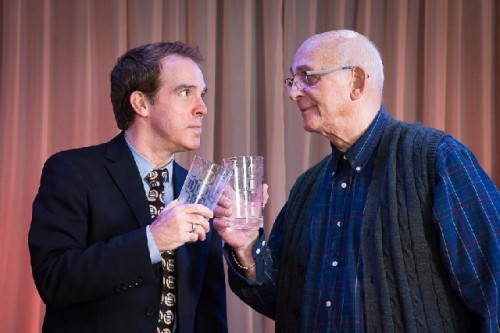 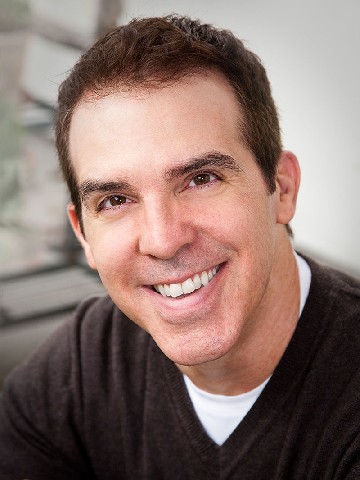 Aging is a human process that comes to most of us. And the longer one lives, the tougher it becomes in accepting the answer to the question: How did I get so old so quick? The answer is: it happens in the blinking of an eye which is why it’s so important to slow down, smell the roses, and pay immediate attention to the people you love. Forget pride. Pride is an assassin sent by the prince of darkness to kill what we all hold dear: our families; our memories. Dreams may be wonderful, but they’re ephemeral. Memories, on the other hand, are the beneficiaries of lives lived and they stay with us forever.

Playwright George Eastman has written a play rich in memory and in the memories of his two characters: eighty-three year-old Harry Townsend, and his forty-year-old married son Alan. Harry still lives in the get-away chalet he and Alan’s mother built in Vermont many years ago. Now he is just another widower living alone with his memories.

Alan is concerned that Harry is now at the age where “old people” begin to forget things, fall down, begin to need more medical attention, and can’t take care of themselves. In other words the dynamic of a concerned son versus a stubborn, proud, grumpy and widowed father is a situation in which many in the audience can easily identify.

“Happy Hour” written by Eastman and lovingly directed by CV REP founding artistic director Ron Celona, is a staged reading that is ready for the final steps in becoming a fully produced play in CV REP’s 2015/2016 season.

The tender and humorous story of a father/son dynamic coming together to address the problems of aging in America is met head-on this wonderfully balanced and nuanced play. A good story enhanced with excellent writing, always inspires talented actors to transcend; with the result being an evening of resonating and enlightening theatre. That’s certainly the case here with “Happy Hour”.

McLeod, usually remembered for his impeccable comedy timing (the Mary Tyler Moore show) and his appealing, on-screen easy manner (The Love Boat), will surprise you with his Harry Townsend portrayal, especially in his dramatic moments while reminiscing the highlights and memories of his forty plus years spent with Alan’s mother. It’s a new side of Captain Stubing/Gavin McLeod, the star of TV’s “The Love Boat” series. It’s been said that inside every comedian lurks a dramatic actor eager to bust out and share his drama chops with an audience. McLeod tugs real hard on your heart strings as the grumpy father too proud to share his inner feelings with his son.

Shaw’s guarded and grounded Alan characterization is a study in anxiety, concern, and love by a middle-age son, worried about his aging octogenarian father living alone. No matter how persuasive Alan is when it comes to Assisted Living communities, Harry turns a deaf ear. There is one scene where Shaw tears up when he feels he’s losing the assisted living argument with his father. One can see and feel the frustration and the thoughts going through his mind. What can one do when the parent keeps on saying “Absolutely Not!” It’s an exquisite and sublime dramatic moment.

But it’s not all “sturm and drang”. Eastman provides plenty of hilarious dialogue and situations that McLeod and Shaw have a ball with. It’s a play that speaks to everyone regardless of age.

CV REP is an intimate 88-seat Equity Theatre company located in Rancho Mirage, CA. Valley residents will want to be on the lookout for this impressive production when it opens next year as part of CV REP’s seventh season.

Resposted with permission of Jack Lyons and Desert Local News.