A Journey into Mystery 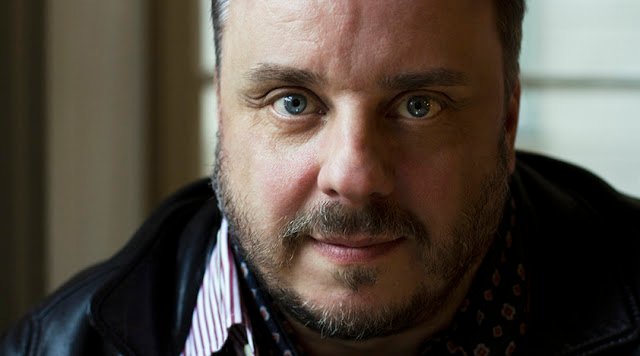 Matthias Goerne at the New York Philharmonic
For their last program before the annual dive into holiday season concerts (carols, brass concerts, Messiah, Renée Fleming), Jaap van Zweden and the New York Philharmonic gave their audience something unique: a song cycle created from the work of two composers and featuring the voice of Matthais Goerne, the German lieder specialist who sings Wotan on van Zweden's new recording of Wagner's Ring.

The concert opened with the one Anton Webern work that is generally greeted warmly by subscribers: his re-orchestration of the Ricercar from Johann Sebastian Bach's The Musical Offering. This setting of that famous theme features the many voices of the modern orchestra lifted in musical concord. Schoenberg employs muted brass, double reeds and of course the strings to drive this pulsing music forward. It was an excellent opportunity to hear the diversity and quality of the current Philharmonic players.

Then Goerne took the stage. His program featured songs that are generally only heard in the intimate setting of a liederabend. Here however, they were presented in rich orchestrations by venerable names like Max Reger and Webern, alongside newer settings by Robert Heger and the contemporary accompanist and arranger Alexander Schmalcz. For the most part the Schubert and Strauss songs alternated, seeming to comment on each other across the gulf of centuries, sharing common themes of longing and loss.

Goerne is a superb actor with his voice, and he supplied firm narrative drive, using the lower register for dark passages and shifting through a smooth passagio when head voice was needed. He remains an electric performer, using his expressive face and wide eyes much in the same approach he takes to opera roles like Wozzeck. He turned reflective for songs like "Ruhe, meine seele" (Strauss) and "Im abendrot" (Schubert.)

Following a Webern arrangement of the late Schubert song "Tränenregen" from Die schöne Müllerin, the little cycle ended with Strauss' uplifting Morgen!. This was graced with a violin solo by Philharmonic concertmaster Frank Huang. However it was Schubert who got the last word: a gentle "An die musik" performed with tenderness by singer, conductor and orchestra. It was added, van Zweden explained, because this concert marked the anniversary for the venerable orchestra.
Mozart's Symphony No. 40 in G minor is one of his most familiar and beloved works. And yet, this late symphony, written under mysterious circumstances in the composer's turbulent final years, is one of his most tortured, a work that takes the listener through internal struggle, storm and stress but does it with such careful gentility that one may not realize that the self-analysis is in progress.

Van Zweden took this approach to the four movements, plunging the orchestra into the stormy depths of the opening with gusto, even as a titter of recognition came rolling through the matinee audience. The slow movement followed, its wrenching turns anticipating Beethoven's darkest passages. A careful minuet turned on its head in the trio section. Finally, the finale burst with energy and determination, a bold and muscular performance of this familiar music conducted by the new maestro with gusto.
Back to Front Page Section Home