One Step Closer to Carnegie Hall 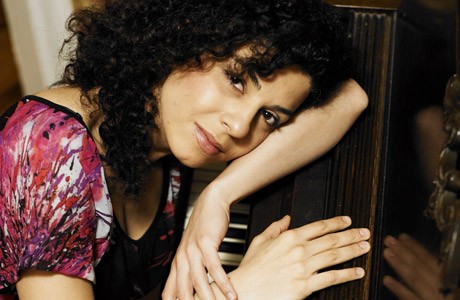 A wonderful clarinetist, Joseph Rosen, performs with a small chamber group every month or so during the season in New York.  In addition to being a delightful musician himself, he invites guests on the cusp of their musical careers to join in.  While you still have to practice, practice, practice to get to Carnegie, these days practice not enough.  Winning competitions and getting good reviews help, but in the end it's a mix of all of the above and luck.  To help find a nitch, trial runs in salons like Rosen's are an indispensable aid to young artists.  And a particular pleasure for music lovers of all ages.

Listeners can tuck into a chair and listen, or sink back into a sofa, eyes wide shut, and, as the sun sets over the Statue of Liberty, watch the near Jersey shore shimmer into darkness as the evening crawls into the city.

Today musicians must consider points large and small.  Will you be a diva or divo performer dressed in haute couture and dazzlingly jeweled with tendrils dropping seductively over your shoulders?  Or swirl your blown-dry hair like errant horse hairs on a bow?  Or exactly how are you going to distinguish yourself from the pack?

One of the pleasures of these concerts is unfamiliar compositions by deserving, but neglected, composers. Ludwig Spohr is best known today for inventing the violin's chin rest and his mention by the Mikado:  "Bach interwoven with Spohr and Beethoven." While Felix Mendelssohn is often credited with Bach's revival in Europe, Spohr advocated for the master much earlier.

Singing Six German Songs by Spohr, Caryn Kerstetter, a soprano with a charming light touch who easily ranges three octaves, invited attention both to Spohr and her voice.  Rosen sang in accompaniment and dialogue on his clarinet.

Kerstetter has stepped off the singing career path for the moment.  She works in development at the New York City Opera and sings in a New York church choir while her husband actively pursues a career as a conductor.  He was in Poland at a competition while she performed.

Spohr himself started his career at fifteen in salons very much like this.  He had badgered the Duke of Brunswick into giving him a position at court.  Concerts attended by the Duchess had some restrictions.  She liked to play cards as the artists performed and no fortes were allowed.  The words 'pass' said by a card player took precedence.

At a salon concert Spohr got carried away playing one of his compositions on the violin. As he 'developed a strong sonorous tone,' a footman appeared: "Her highness requests you should not make such a confounded sound."

No such restrictions appear in the Rosen living room.  Sofya Melikan accompanied on piano, and then gave us a soulful Armenian melody by Arno Babadjanian, followed by a stunning, spot on performance of Sergei Rachmaninoff’s Musical Moment in E Minor.  In her hands, the technical challenges were child’s play; the dynamics swelled and ebbed as the music ranged wide.

At another salon concert the program began with Max Bruch.  His eight pieces for clarinet, viola and piano are kept in the repertoire for their rare combination of instruments. The Rumanian melody that began the piece was lush and beautiful and surely deserves contemporary performances.

Like Brahms who wrote his compositions for clarinet with a clarinetist in mind, Bruch wrote these trios for his son Max.  As Rosen performed, you would never know that they had not been designed specially for his talents.

Naomi Kudo was featured on the piano and Sonna Kim on the cello.  An early Beethoven was wonderfully Mozartian, and ended with a touch of humor in the allegro:  Allegro (Tema: ch’io Limpegno)  From a street song that states: before one does anything of importance, he must have something to eat.  The Brahms that followed was delicious.  Kim has taken a detour into book design, but her lovely musicality will continue to be heard.

Kudo is an award winning pianist currently studying with Richard Goode.  Early on she performed with the Chicago and San Francisco Symphonies.  She loves chamber music and participated in the Chamber Music Society's program in Menlo, California last summer.

Rosen and his guest musicians always display the highest musical standards.  Young people come to hear their friends. Older people come for the wonderful music and hopefully to then call attention to budding new talents.

Carnegie is a few steps away and surely these afternoons bring the artists closer to this hallowed Hall.