From Theatre to Radio PLay 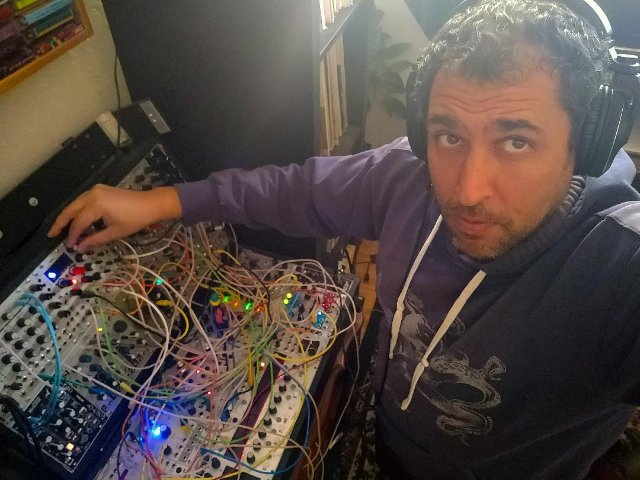 GHOSTS PAST, PRESENT AND FUTURE ARE ON THE AIR: AMERICAN CONSERVATORY
THEATER’S A CHRISTMAS CAROL BECOMES A RADIO PLAY FOR AT HOME
ENJOYMENT. For the first time in its 44-year history, American
Conservatory Theater’s holiday tradition, A Christmas Carol, comes to
life as a radio play. A Christmas Carol: On Air, reimagined for
today’s virtual era, is a spirited and uplifting tale of reckoning and
redemption, featuring the delightful music, deliciously spooky ghosts,
and cast that have made it a cornerstone of the A.C.T. repertory.
Sound Designer Jake Rodriguez describes how A Christmas Carol: On Air
came into being.

DJ: What does a Sound Designer do?

JR: Sound design for theater ranges from picking pre-existing music to
cover transitions and providing stock sound effects, to creating an
original soundscape that underscores an entire show, frequently
crossing into “composer” territory as well. A sound designer may work
with an engineer to choose microphones and speakers and determine the
placement, and pick what other hardware to interface with the sound
system. If there is a separate composer on the show (the music in
A.C.T.’s A Christmas Carol was composed by Karl Lundeberg), the sound
designer will work with the composer to integrate the music into the
show. Basically, all things sound-related!

DJ:  Describe your part in creating A Christmas Carol: On Air.

JR: Director Peter J. Kuo did a terrific job adapting our existing
Carol script into something that would work as a radio play. It is
very much A.C.T.’s A Christmas Carol that you’ve seen on stage, but
with changes to make it fit a primarily audio experience. I recorded
and mixed every scene and song in the show, and designed a massive new
festively spooky soundscape to integrate with our existing sound score
from the stage production.

DJ:  Did you listen to radio plays in preparation for this assignment?

JR: I listened to Orson Welles' The War of the Worlds in its entirety
for maybe the first time in my life. Amazing! Additionally, I listened
to a modern radio drama, “Abject Mirror” by sound artist Porest. Also
amazing!

DJ:  How did you develop the sound effects?

JR: I used all the resources available. Some sound effects are from
stock, some that I created originally 15 years ago are freshly placed
in this new production, and a lot were created new for this radio
play. I built a sound effects rig I call “Marley" prior to our
rehearsals in October. It’s basically a wood board with a variety of
junk metals, springs, strings, bells and a couple of contact
microphones attached. I employed my family to help with footsteps and
other practical sound effects. All feet on deck, as it were.

DJ:  How did the recording take place?

JR: The recordings were on Zoom, all remote. A.C.T. purchased
microphones for each cast member, and we consulted with each of them
individually to manage their space for the least amount of noise and
best microphone technique.  We did several takes of every scene and
had to comb through each take and parse out not just the best acting
takes, but the ones free of noise both acoustically and digitally. All
the singing had to be aligned in post-production and constructed to
sound like an ensemble singing together in a choir. Luckily our cast
is aces, so they gave us good material to work with.

DJ:  What are some of the sound effects in A Christmas Carol: On Air
that the audience should particularly listen for and how were they
created?

JR: For the ghost of Jacob Marley approaching Scrooge’s bedroom, I
wrapped a 50-pound chain around my body and stomped on a wood crate
covered in coins to create the sound of his ghostly footsteps. For the
Ghost of Christmas Present, I wanted some essence of a tree, so my son
and I went hiking and recorded the creaks and groans of eucalyptus
trees and birds high up in the treetops. And you’ll find my breath and
voice hidden throughout the show, but I won’t tell you where!

MORE ABOUT A CHRISTMAS CAROL: ON AIR. Tickets ($40–$60) for on demand,
streaming listening through Dec. 31 are available at 415-749-2228 or
act-sf.org. A Family Fireside Night Listening Party at 6 p.m. Dec 23
allows you to coordinate listening with friends and family, no matter
where they live. Tickets include a downloadable activity book filled
with themed puzzles, games, and recipes. The activity book is also
available as a printed commemorative edition mailed to your home. For
more information, visit
https://www.act-sf.org/home/box_office/202122_season/christmas_carol_on_air/press.highResolutionDisplay.html

Susan Cohn is a member of the American Theatre Critics Association
and the San Francisco Bay Area Theatre Critics Circle. She may be
reached at susan@smdailyjournal.com.