The National To Perform at MASS MoCA

Only East Coast Gig on June 11. 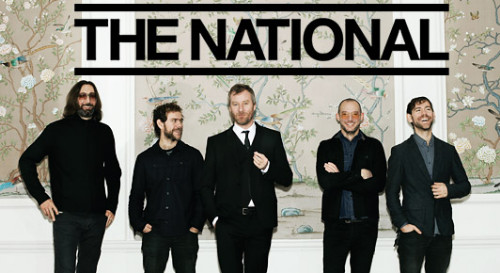 We’ve been following The National since 1999, the same year we flung open our doors. Since then, The band is in North Adams on Saturday, June 11, at 8pm, in its only Northeast headline show in all of 2016. The concert benefits MASS MoCA and Hawthorne Valley Association, in Ghent, New York.

The Ohio-raised, Brooklyn-based band, which consists of vocalist Matt Berninger, plus two pairs of brothers: Aaron Dessner (guitar, bass, piano) and Bryce Dessner (guitar), and Scott Devendorf (bass, guitar) and Bryan Devendorf (drums), have landed on every “best of” list in print.

The band’s half dozen albums receive critical praise surpassed only by the adoration of their devoted audience. Rolling Stone declares, “The National has always been fueled by a mix of big-time artistic ambitions and deep-rooted family values.” The band is in North Adams on Saturday, June 11, at 8pm, in its only Northeast headline show in all of 2016. The concert benefits MASS MoCA and Hawthorne Valley Association, in Ghent, New York.

Throughout its 16-year career, The National has been renowned for its signature sound. The band got its start in 1991, when Matt Berninger and Scott Devendorf majored in graphic design at the University of Cincinnati, where they together spearheaded a series of experimental bands. In 2001, their latest band, The National (comprised of Berninger, brothers, Scott and Bryan Devendorf, and Aaron Dessner), released its self-titled debut album on Brassland Records, an independent record label founded by Dessner and his twin brother, Bryce. Bryce eventually joined the band as full member in 2003, for The National’s follow-up album, Sad Songs for Dirty Lovers. In 2016, the band will release a much-hyped Grateful Dead tribute album, with contributions from Bon Iver, Sharon Van Etten, the War on Drugs, and Stephen Malkmus.

The group’s longevity is largely due to the consistency in sound across its six albums. Berninger’s now trademark vocals are instantly recognizable for a dry baritone that provides sincere honesty to poetic lyrics. Over the group’s enduring career, lyrical dexterity has remained steadfast, tackling themes of American anxiety such as white-collar work, crumbling relationships, and general paranoia. These dark, tension-filled words combine seamlessly with lush and alluring melodies that swell and crash around Berninger’s vocals.

The National’s star truly started to rise with the release of the 2005 album, Alligator, where the band started openly experimenting more with instrumentation. With each album, the band grows more ambitious, more aware and subsequently, more successful. Much of The National’s success is due to its textbook-indie approach: release strong albums and then tour tirelessly around the globe with exacting and mesmerizing performances. Through its tenure, the band has attracted a who’s who of collaborators, such as Justin Vernon, Sufjan Stevens, and Feist.

The National takes the outside stage on Joe’s Field at MASS MoCA in North Adams, Masachusetts on Saturday, June 11, at 8pm. Onsale and Presale ticket info to be announced shortly. Check massmoca.org for updates.  All events are held rain or shine.
Co-Presentation
The National is co-presented by Higher Ground Presents, Burlington, Vermont. The benefit concert supports both MASS MoCA and Hawthorne Valley Association, a 400-acre farm and cultural center integrating agriculture, education, and art in its mission of social and cultural renewal.

Sponsorship
This performance is sponsored by WRSI and WEQX.