A Labor Day Tradition in the Berkshires 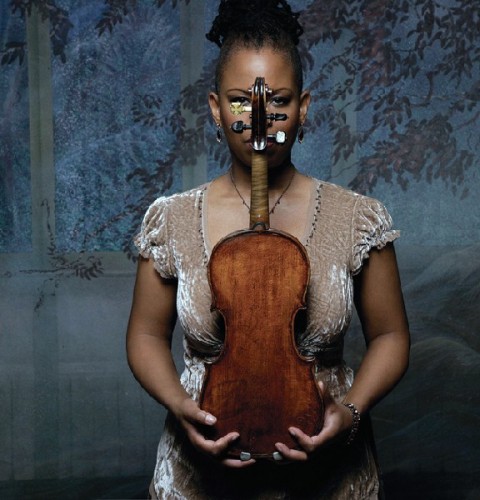 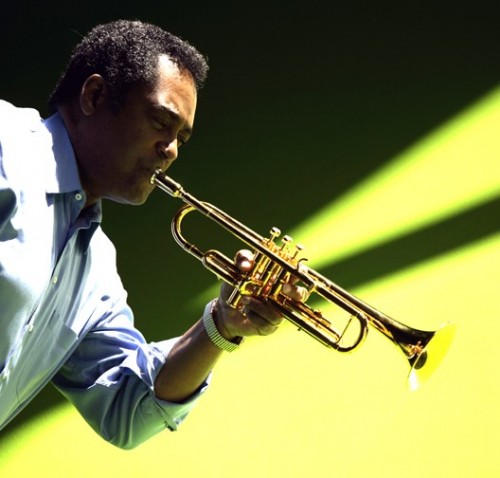 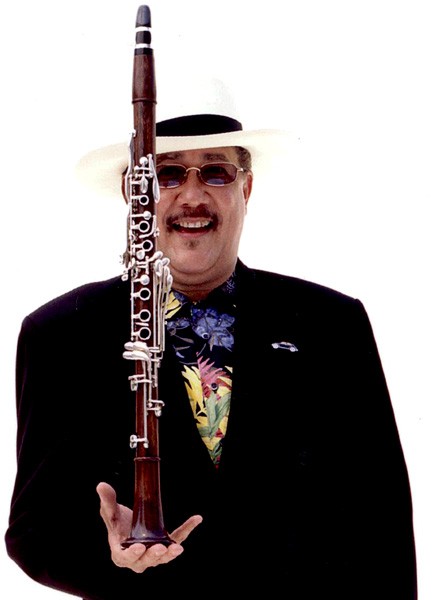 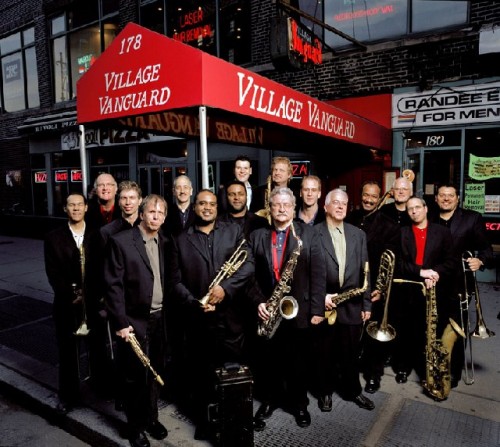 The Vanguard Orchestra was founded by Thad Jones and Mel Lewis. 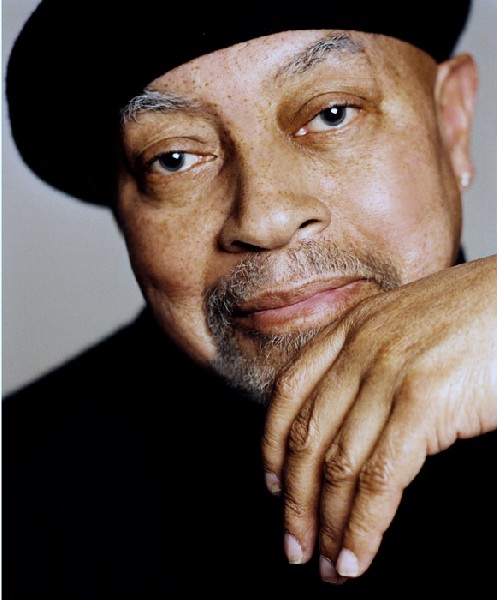 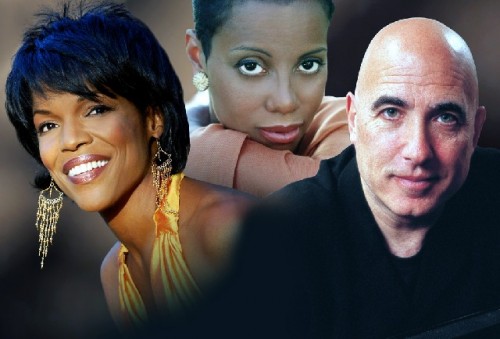 In a relatively short time the Labor Day Weekend presentation of the Tanglewood Jazz Festival has become a season ending Berkshire tradition. Normally the BSO decamps and returns to Boston  at the end of August leaving a gap before the Jazz Festival. Because Labor Day will occur later than usual the time between the end of  Tanglewood/ BSO  and the Jazz Festival will be filled with an extra week of special programming featuring James Taylor, his band and friends.  In recent years the very popular James Taylor concerts have opened the season on the Fourth of July weekend and now they are closing the programming. This assures that Tanglewood will remain strong after the BSO departs and there will be better transition and continuity into the end notes of jazz. It will have the impact of making the jazz programming more connected and integral to the Tanglewood season.

While the downturn of the economy has seen drastic cutbacks in the arts, Tanglewood 2009 has added rather than subtracted programming. This confidence and leadership is reflected in other theatre and performing arts groups which are now announcing typically ambitious  seasons.  This bold and progressive development will have a direct impact on travel, tourism and the seasonal economy of the Berkshires. As a part of the overall arts picture Mass MoCA has launched the new Sol LeWitt building an installation of more than one hundred wall drawings. It has been hailed by Time Magazine as the best art exhibition for 2008. This underscores the notion that if you build it people will come.  There will be many reasons to visit the Berkshires this summer as once again it configures as the epicenter of the performing and fine arts in America

With its strong and diverse programming Tanglewood leads an arts/ economic stimulus package for the 2009 Berkshire season.  The Tanglewood Jazz Festival will be the final groove of what looks like a far out summer, man. Be there or be square. What follows is the press release from the BSO.

On Friday, September 4, at 8 p.m., the 2009 Tanglewood Jazz Festival will open with "An Evening with Paquito d'Rivera," in which the famed clarinetist performs pieces from his Latin jazz and classical repertoires. A 2005 NEA Jazz Master, winner of the 2008 Downbeat Reader's Poll for best clarinetist, and guest artist on Yo-Yo Ma's most recent recording, Songs of Joy & Peace, d'Rivera has extensive expertise in both the jazz and classical music worlds.

On Saturday, September 5, at 2 p.m., John Pizzarelli and Jessica Molasky (in her Tanglewood debut) will tape their popular radio program, "Radio Deluxe," at the festival for later broadcast on more than 60 stations nationwide. Normally broadcast from their living room "high above Lexington Avenue ," the Tanglewood program will officially take "Radio Deluxe" on the road for the first time since the program's inception in 1992. The show's format, marked by the duo's urbane, sophisticated humor, inventive playlist, and extensive knowledge of the Great American Songbook, is expanding its repertoire to include such rock-era voices as Randy Newman and Joni Mitchell. The "Radio Deluxe" from Tangelwood will feature two such special guests to be announced at a later date.

On Saturday, September 5, at 8 p.m., jazz violinist and MacArthur Fellowship recipient Regina Carter will perform with her quartet in a program titled "Reverse Thread," which includes material from her Paganini project plus music from Mali , Senegal , and Uganda . O Magazine said "Carter is a knockout violinist who leads a knockout band."

Following Ms. Carter will be Grammy-nominated jazz vocalist Nnenna Freelon and classical vocalist Harolyn Blackwell in "Dreaming the Duke," a program that celebrates the legacy and influences of the great Duke Ellington with innovative solo pieces, duets with chamber and jazz quartets, and intimate vocal-piano selections. Noted pianist and arranger Mike Garson, whose work with David Bowie and in jazz and classical genres has earned him high praise as an arranger, serves as accompanist and musical director. They will perform classical Ellington standards as well as selections from Ellington's famed "Black, Brown and Beige Suite."

The Sunday-afternoon concert on September 6 will open at 2 p.m. with a  piano duet featuring Kenny Barron and Mulgrew Miller on two nine-foot Steinways performing spontaneous improvisations on original and jazz standard compositions.  Performed at the 2005 Marciac Jazz Festival in France , this program has only been presented a few times in the United States and in Europe .

Barron and Miller will be followed by one of the most enduring large jazz ensembles in the U.S., the Vanguard Jazz Orchestra. Founded by Thad Jones and Mel Lewis, the orchestra received two Grammy nominations in 2008 for its recording "Monday Night Live at the Village Vanguard" (Planet Arts Records). For over four decades the orchestra has performed on Monday nights at the world-famous jazz club in New York, the Village Vanguard.

Closing the festival on Sunday, September 6, at 8 p.m. will be trumpeter Jon Faddis and his Quartet with two guest trumpeters to be announced at a later date. "A Triumph of Trumpets" is a celebration of the role of the trumpet in jazz throughout the past century, from Louis Armstrong to Miles Davis, Dizzy Gillespie and more.

Tickets for the 2009 Tanglewood season go on sale to the general public on Sunday, February 15. Tickets are available through Tanglewood's website, www.tanglewood.org, and through SymphonyCharge at 888-266-1200.  Tanglewood Jazz Festival tickets are priced from $17 to $75.  All-day lawn passes, priced at $34, are available for performances on  Saturday and Sunday.  All ticket prices include a $1 Tanglewood grounds maintenance fee.   Tickets are also available for purchase in person at the Tanglewood Box Office at Tanglewood's Main Gate on West Street in Lenox , MA , as of June 19. American Express, Visa, MasterCard, Diners Club, Discover, personal checks, and cash are all accepted at the Tanglewood Box Office. For further information and box office hours, please call the Boston Symphony Orchestra at 617-266-1492 or visit www.bso.org. The media partners for the Tanglewood Jazz Festival are JazzTimes Magazine and http://www.jazzcorner.com