Babe at the New York Philharmonic 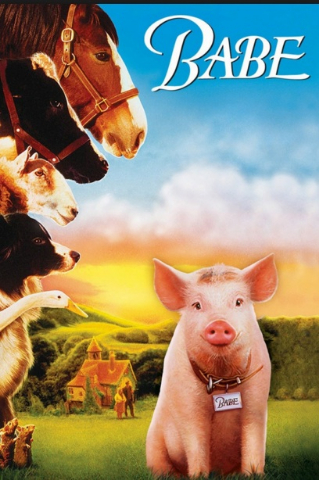 Babe with the New York Philharmonic 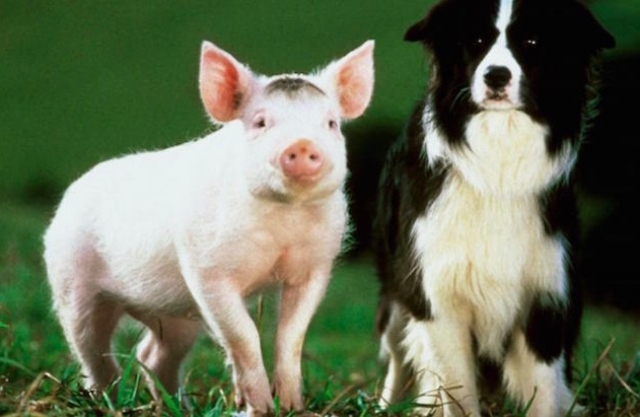 Babe and Her Mom

Music, music everywhere, an assault of media on us all. How do we select? How do we judge and enjoy?   We are all film buffs today. How many of us really listen to the sound tracks? When Whitney Young sings in the Body Guard, when Beyonce appears in Cadillac Records and Dream Girls, we pay attention. Jamie Foxx was trained as a pianist before he became a comic and actor. The wonderful pianist Alexandre Tharaud was in Michael Haneke’s Amour.

Young people love music but they are more familiar with home entertainment systems and movie theatres as viewing venues than they are with concert halls. Yet a screening of Babe, which kids and teens probably haven’t seen because both its subject and its style are not in the usual assault mode, is a good way to lasoo them. David Geffen Hall was filled with the young who seemed to enjoy the screening and maybe even the orchestra’s performance.

As Music Director of the New York Philharmonic Alan Gilbert has expanded musical horizons and increased the appetite of listeners of all ages to attend concerts. Whether or not the audience realized how privileged they were to hear a film score live, they certainly appreciated Babe, the pig who would be a sheep dog.

The film was released 20 years ago and has earned over $250 million worldwide, not a bad take for a feature with 950 animal actors on set. The film was nominated for seven Oscars but only won one, for best visual effects.

It was the first film in which computerized mouth movements developed by Los Angeles effects house Rhythm & Hues were deployed to make the animals appear to talk. The music track had been removed from this screening print, and some of the dialogue appeared to be missing too. How that worked technically is not mentioned.

The sound track of the film, performed live, brought the score front and forward. The conductor was Nigel Westlake who composed the score. His head and shoulders were silhouetted against the screen, so you were reminded that there was a live person surrounded by live instrumentalists. The orchestra appeared to have a good time.

Jerry Goldsmith, the iconic Hollywood composer for film, was hired and then dumped because his notions about an appropriate score did not jibe with the creators. They used instead "If I Had Words", a 1978 UK hit song by Scott Fitzgerald as a duet with Yvonne Keeley. It reached number 3 in the UK charts and number 24 in the Australian charts in 1978. It sold more than one million copies worldwide.

The tune of the song was taken from the main theme of the maestoso section of Saint-Saëns' Symphony No.3 in C minor (Symphony with organ) with an added reggae beat. The lyrics and arrangement were by Jonathan Hodge, a prolific writer of TV jingles and movie themes, who also produced the single.

The score for the film quotes, quotes and quotes. Edvard Grieg, Clément Philibert Léo Delibes, Richard Rodgers, Gabriel Fauré, George Bizet and especially Camille Saint-Saëns. The Faure starts like the hymn “The King of Love, My Shepherd Is,” brought into Murray’s Hymnal for the English church in 1852.  If Babe wants to be a sheep dog, who does Westlake want to be? That is the question Alan Gilbert and the NY Phil ask.

Classical orchestral music by 19th-century French composers is used throughout the film, but is disguised in a variety of ways and woven by Westlake into his score.

There are also brief quotations within the score from Eduard Grieg's Springdanz as the sheep are sheered. The pizzicato from Sylvia, by Delibes unrolls with a ball of yarn that lands on the belly of a sleeping but dangerous cat. Votre toast, je peux vous le render. from Carmen by George Bizet, is a laucnhed. Then Cantique de Jean Racine by Gabriel Faure, and Jingle Bells, sung by Babe on La.

This is a tale about an unprejudiced soul and one we should surely take to heart. Children can learn to sing Jingle Bells with LaLaLa.   Will youngsters who was lucky enough to see the film with the NY Phil, one day fall in love with the SaintSaëns Symphony and say, That’s Babe’s song?