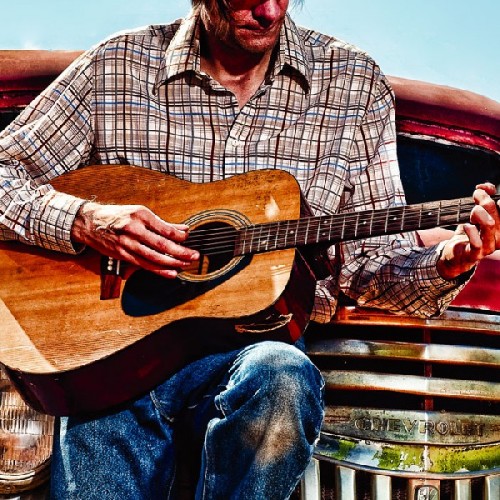 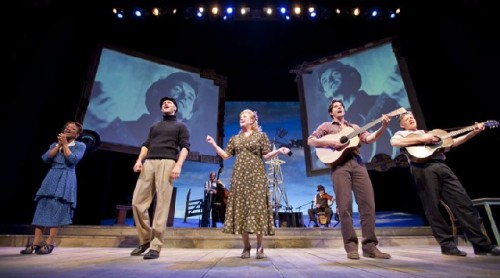 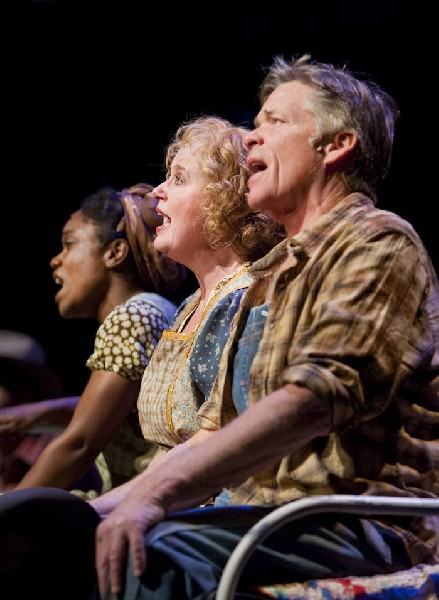 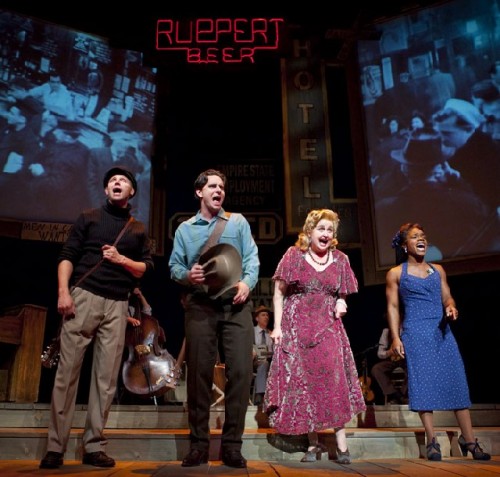 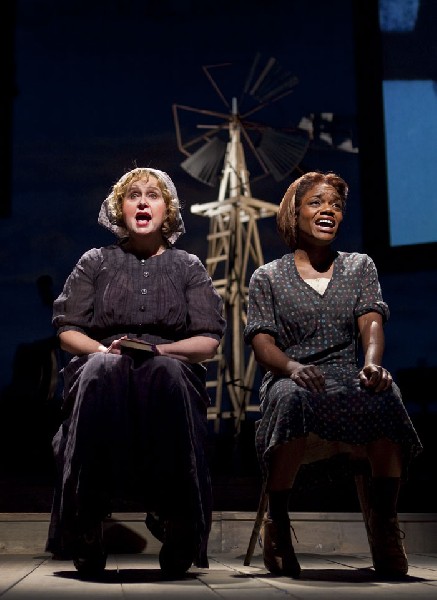 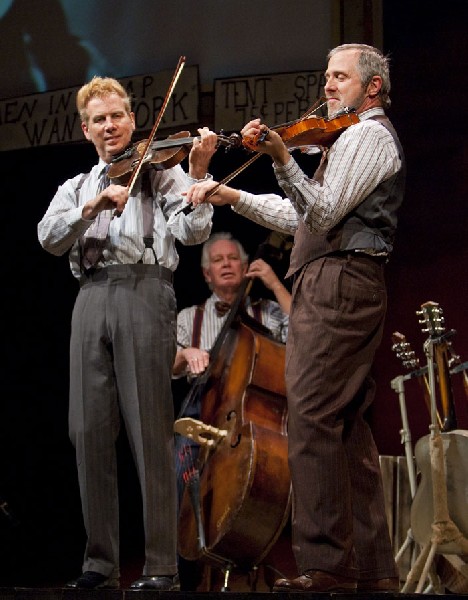 Now, here is a recipe for disaster. Write a script to chronicle Woody Guthrie’s rambling days as a stage production and then cast a number of experienced Broadway actors and singers and professional musicians to perform it. Most hardened folkies, (Some have even accused me of being such) would cringe in abject horror at the thought.

I, being a more enlightened type, and mellowed with age wondered if such a conception could actually be crafted into a Broadway style musical that transcended its roots and achieved a level of aesthetic expression that would in itself be artistically satisfying. Such speculations turned out to be idle. The production written by Peter Glazer and staged by the Arizona State Theatre is an unpretentious straightforward presentation of a couple dozen of Woody’s best known compositions. The cast sang with an honest enthusiastic passion that was as true or truer as the thousands of performances by hundreds of folk performers I have heard before.

Glazer’s script claims to use Woody’s own words, mostly, I presume, quotations from Guthrie’s autobiographical "Bound for Glory." The narrative is shared by all of the principals, speaking Woody’s thoughts and observations as he experienced the disasters cast upon ordinary folk through the extraordinary greed of a few and the lack of foresight that leads to natural disasters such as the Oklahoma dust storms.

For many reasons, not the least being the devastating impact of the events Woody wrote about in the ‘30s, the first half was much stronger than the second. Peppered with Guthrie classics including Hard Travelin’, Oklahoma Hills, Bound For Glory, Dust Bowl Refugee, Do Re Mi, Worried Man, Grand Coulee Dam it immerses us in the reality of the depression years culminating with the bittersweet, Pastures of Plenty. The second half started strong with what I think is Guthrie’s most emotionally disturbing song, Ludlow Massacre, but lost some of its momentum with its treatment of Woody’s New York experiences and I thought somewhat trivialized his encounter and friendship with Cisco Houston. This is not to say that there were not spirited moments. The second half did include Union Maid, Sinking of the Reuben James, Song of the Deportee’s, Nine Hundred Miles and the climax was of course, This Land Is Your Land

Two large suspended rear projection screens hung high above the stage portrayed images, starkly relevant to the narrative, sometimes underlining the message, sometimes displaying an ironic contradiction. What was made dramatically clear was the social and economic parallels between the depression of the ‘30s and our current situation. The repute of bankers and the banking profession were as low then as they are today.

Vicki Smith’s set design evocative of the times and place never distracted, and was complemented by the lighting design of Michael Gilliam. Randal Myler’s directing is deft, allowing the performers to bring enough of their own personalities to their roles without diminishing the grittty integrity of Woody’s voice throughout.

The cast, all oft honored Broadway veterans, Jason Edwards, Sally Mayes, Kenita R. Miller, Ryan Nearhoff, and Jim Newman treat the material, both narration and music with respect and affinity. With a few minor exceptions they refrained from meddling with Woody’s creations and gave straightforward performances save for a somewhat under-realized "Talking Subway Blues."

Rising above the performance level of all the others, Kenita R. Miller manages to thrill repeatedly with a soaring voice that still encompasses the subtleties of the message as well as the passion.

The band, Mark Baczynski, David P. Jackson, and David Miles Keenan wax flawless. Their accompaniment never intrudes upon the emotional color of any given moment, but always supports it. While the credits of all are impressive, I must give a nod and a smile to David Jackson, former New Christy Minstrel, co-writer with Hoyt Axton of "Joy To The World" who has also accompanied, among a great many others, Leo Kottke.

Standing ovations have become so common these days that I tend to view them with some skepticism. Still the audience with whom I shared the performance thought it an appropriate expression. All in all I thought this production evocative of a period in our country’s history, an effective introduction to Woody’s eclectic catalogue of compositions, and a sincere homage to one of the major icons of us hardened folkies. While it has only a few performances to go here at the most elegant and graceful Temple of Art and Music in Tucson, it will open for a two week run in Phoenix on the last weekend of this year.

As many of the productions originating here at the Arizona Theatre Company previously have, this one as well may end up touring other regional theatres around the country. If it does come to your locale, I encourage you to take every opportunity to experience it.