The Heart Is Not a Metaphor at MoMA

Made Readymades by Robert Gober 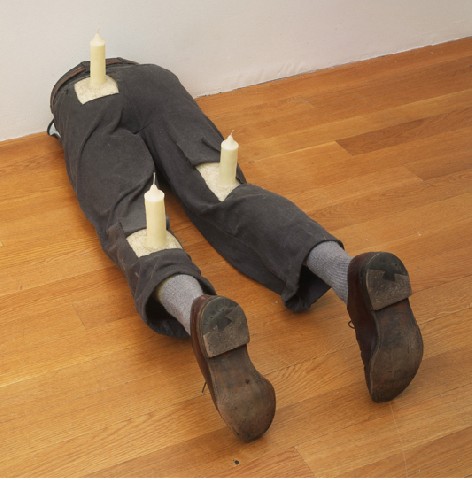 A Gober piece at MoMA 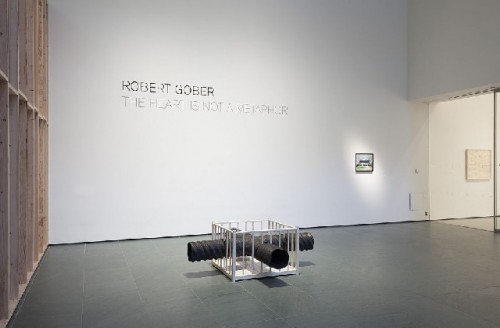 Atrium of the exhibition. 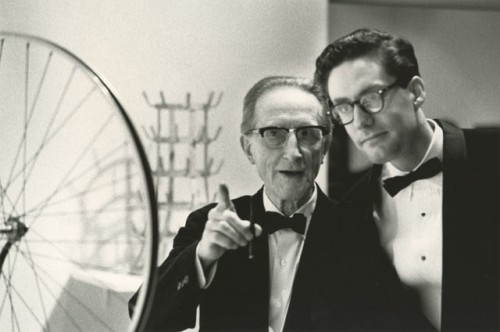 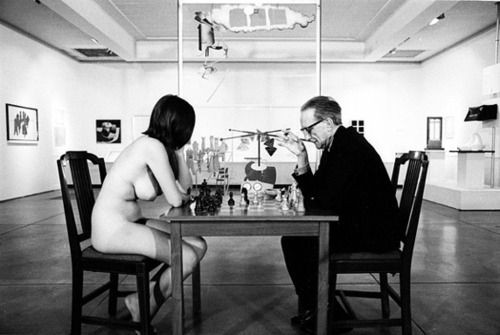 Duchamp playing chess in his retrospective. 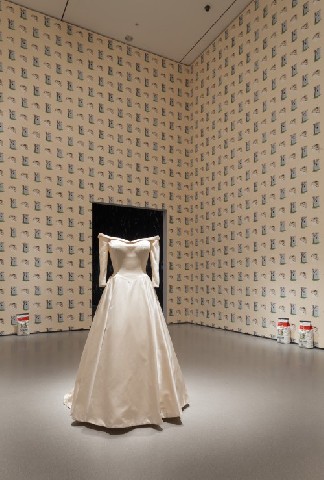 The artist uses a wedding dress to highlight issues of gay marriage. 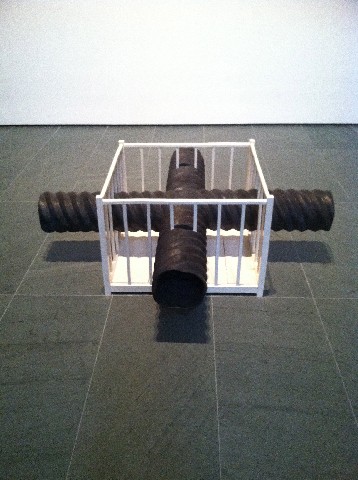 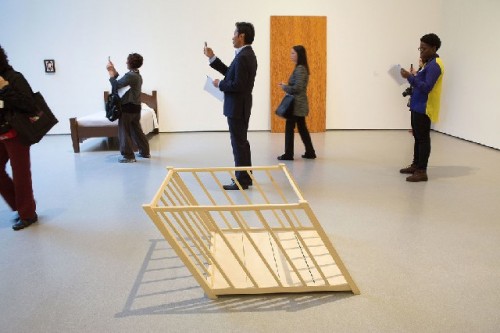 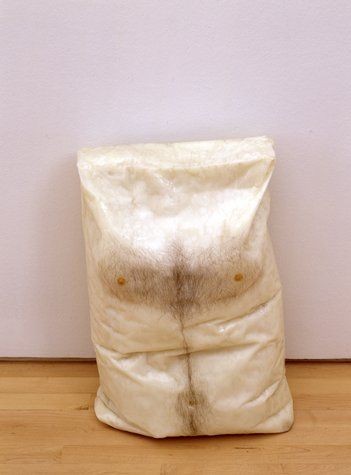 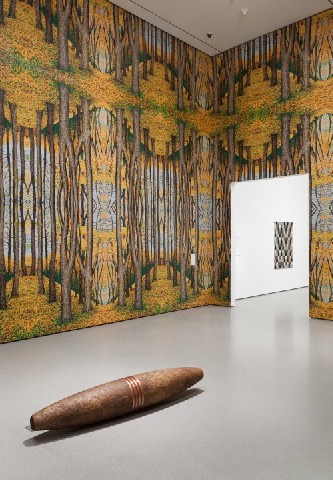 A giant cigar as the centerpiece for an installation. 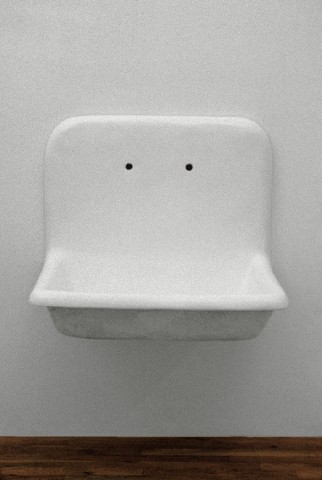 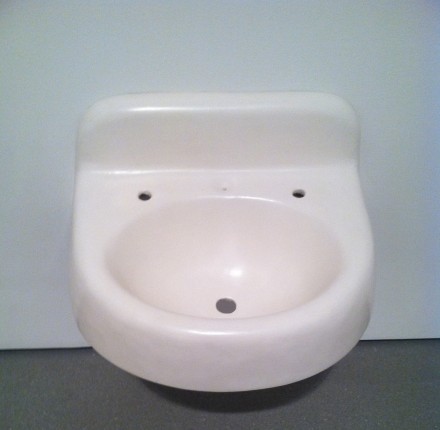 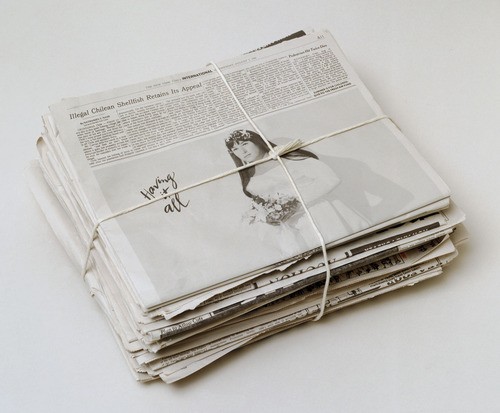 These are not really newspapers. 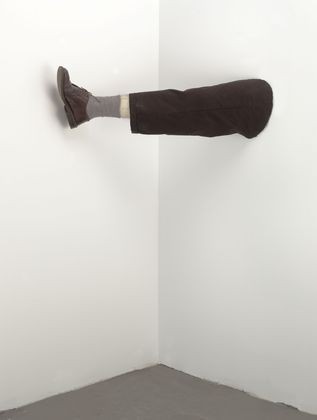 Connecting and pushing against walls. 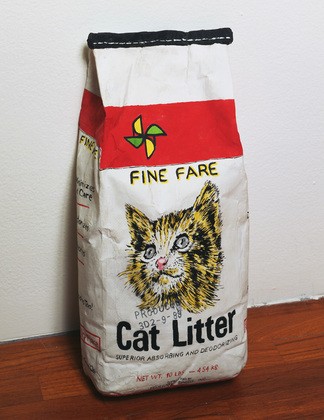 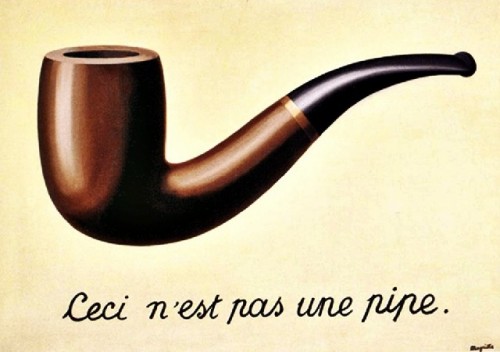 The signature painting by Magritte begs a question about Gober.

Some years ago while walking through the National Gallery in Ottawa I happened to be trailing a father and his young son.

The boy was pinching his penis as if to hold back an urge to pee.

Glancing up he noticed a urinal clamped to the top of a door frame. Looking furtively at his dad then up at the urinal he said imploringly “Lift me up dad.”

Clearly confused by its implausible location the boy intuitively responded to the functionality of Marcel Duchamp’s very real Readymade or Found Object “Fountain.”

The original signed R. Mutt from the early years of the 20th century had long ago been chucked in the trash. With tongue in chic the artist in collaboration the collector and patron Walter Arensberg had submitted it to a juried exhibition. While Arensberg argued for its inclusion he was talked down by the artist George Bellows.

The rejected ‘sculpture’ was borrowed and photographed by Alfred Stieglitz. That is how it was documented. Someone cleaning up his studio threw it out. This was the fate of a number of the original "Found Objects" “Readymades” and “Assisted Readymades” like his “Bicycle Wheel and Stool.”

Because they were mass produced objects at the time they had no material value. Today, of course, they are priceless. With these selected objects, Duchamp deliberately limited the number of such works, he stood on its head definitions of what is art.

Because he continues to influence artists it is argued that he was the greatest artist of the 20th century. There is a vital but relatively thin oeuvre to back up that claim. Others vehemently state that his iconoclasism destroyed the essence of modern and contemporary art. His followers, like those of Alcibidies and his band of merry men, broke the erect cocks off the sacred herms of classical order and taste.

The Dada prankster had “retired” from art and focused on chess when Walter Hopps organized a 1963 retrospective for the Pasadena Art Museum which is now known as the Norton Simon Museum. The notion that one might retire from art was a typical conceptual piece from the always droll artist.

With newfound fame Duchamp produced signed editions of the seminal Readymades and Assisted Readymades. The Ottowa urinal is one such work.

Touring the Robert Gober retrospective (the artist is now 60) The Heart Is Not a Metaphor at the Museum of Modern Art through January 18 evoked the spirit of Duchamp. There is a similarity yet difference. Duchamp invested his works with wit, whimsy and liked puns. Gober has a similar restraint and austerity but critics view the works of the openly gay artist as signifiers of social and political issues from AIDS to 9/11.

Mostly I regard them as things.

My initial reactions when viewing them at Boston’s ICA in the 1980s with David Ross as director and curators Elizabeth Sussman and David Joselit was rather apathetic.

But waxing poetic they prevailed upon me that he “made the doors and paint.”

At the time I was hard pressed as to why that made such a difference.

Hopefully, with time we wise up to such challenges. It was a slow process of surrender as many of the artists of his generation seemed to slip off the radar screen. Works by Gober not only prevailed but, at least for me, became ever more absorbing and nuanced.

During obligatory tours of Chelsea his exhibitions at Matthew Marks Gallery proved to be uniquely compelling and memorable.

By then of course I knew that he “made” the stuff and didn’t just buy it.

That meticulous indeed fixated fabrication became fascinating even though I was way out of the loop on the queer theory interpretations.

For me they were still sinks, piles of “printed” newspapers, legs sticking out of walls with candles attached or inexplicable cavities. Reading up I learned that those circular excavations on bare parts of legs attached to briefs were references to the marking of Kaposi's sarcoma.

Perambulating through the 13 galleries of MoMA I was still fixated on the thingness of most of the works.  We first encounter a room within a room in the large atrium. You see the bare studs of the interior. Walking around the rectangle we looked for an entrance. There didn't appear to be one. Humming a few bars of the Who's "Won't get fooled again" I moved into the galleries.

Consider the deadpan sheet of plywood leaning against a wall. It “looks” no different than what one finds in a lumber yard. But has significant value because the artist painstakingly fabricated it. As with Duchamp I wonder what would happen if the artist opted to “edition” the work by buying and signing a bunch of sheets of plywood. Or have a sweat shop in a Third World country fabricate them.

Imagine some time in the future when one of these hypothetical works comes to auction and proves to be a Taiwan knock off or fake.

To Duchamps renowned categories of Found Object, Readymade and Assisted Readymade the works of Gober beg yet another category which I regard as Made Readymade.

In the 1980s, starting with rather simple examples which I recall from the ICA the artist made lots and lots of sinks. The first ones loosely resembled generic slop sinks one might buy from Home Depot. They evolved into more fanciful shapes.

There is a kind of evolution to the notion that what you see is not what you think you see. The earliest responses are this is just a sink, door, or sheet of plywood. One might refer to that as his "Ceci n'est pas une pipe" phase.

Then the “not pipeness” kicked in when the simple, formerly generic pieces are pushed into non functional configurations. Objects of furniture like cribs take on slanted of criss crossed configurations. They have evolved beyond simulacra to openly declare themselves as objects d’art. In a sense they have outed themselves from a closeted phase of denial with credible thingness.

As the artist became more successful there was the inevitable ratcheting up of ambition. Exhibitions of those simple enigmatic objects transformed into room engulfing installations with wallpaper and “things” attached to, leaning against, or coming out of the walls. Critics have gone deep on the meaning of bags of kitty litter, rat poison or wallpaper with repeated small, crude drawings of a sleeping man or a lynching. Other motifs contrast images of male and female genitalia.

Sinks eventually entail faucets and result in running water often used inventively. Dating back to adolescent visits to the annual Flower Show I have always been a sucker for waterfalls. Like the water cascading from the nipples of the dead Christ into recycled holes in the floor of Matthew Marks Gallery a few seasons back. That really grabbed me.

The real/ not real conundrum is particularly confounding and poignant in the simulated newspapers either in nonchalant bundles as though tossed to the curb in front of the newsstand or spread out and drawn on.

If you look closely, which is a ground rule for a Gober show, you begin to see clues. We intuit that this is a facsimile of what initially appears to be a news story about 9/11. The paper, however, is too good. Newsprint is cheap, full of acid, and not meant to last longer than its day of issue. The ink is dense and clear. The drawings are authentic.

If we have any doubt regarding the “originality” of the newspapers that is laid to rest on the opposite wall. The mirror image arrangement features the news stories reversed. They represent the day and night aspects of the neoplatonic narrative. One thinks of the Medici Chapel by Michelangelo and his monuments to Giuliano and Lorenzo facing off resting on the four times of day.

Ultimately you can go deep with this exhibition. Or just skip the theory and critical commentary while enjoying it as a display of well crafted things.

That’s up to you. But caveat emptor. Gober gets tricky.