Into the Light by Jérôme Brunet

Album of Rock and Blues Images 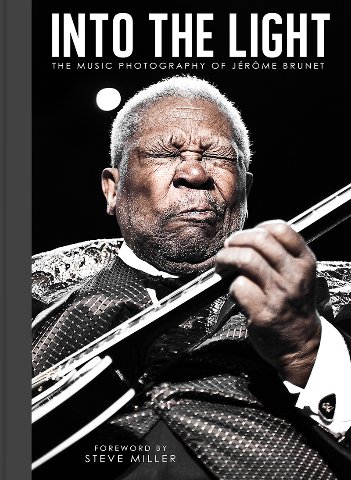 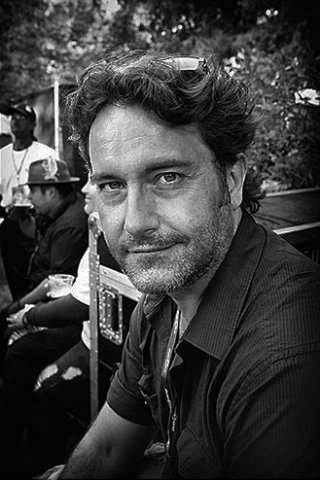 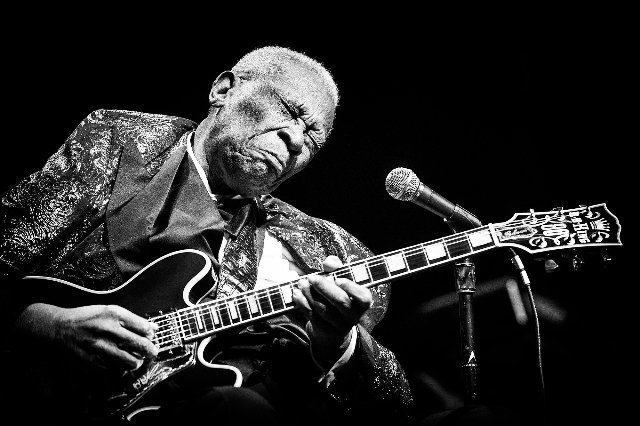 There are several images of B.B. King. All photos courtesy of the author. 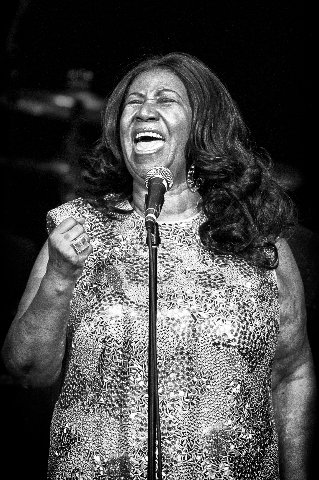 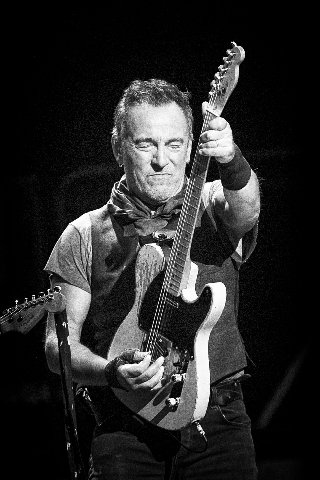 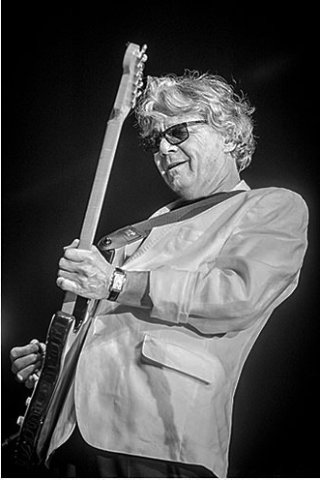 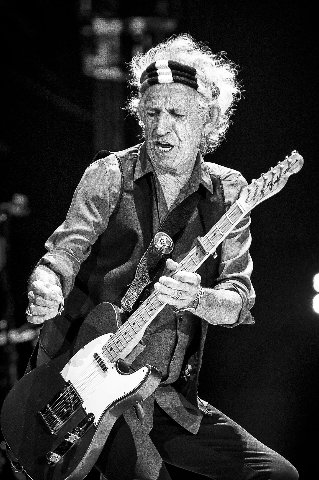 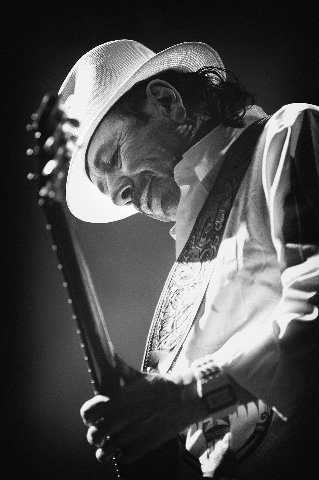 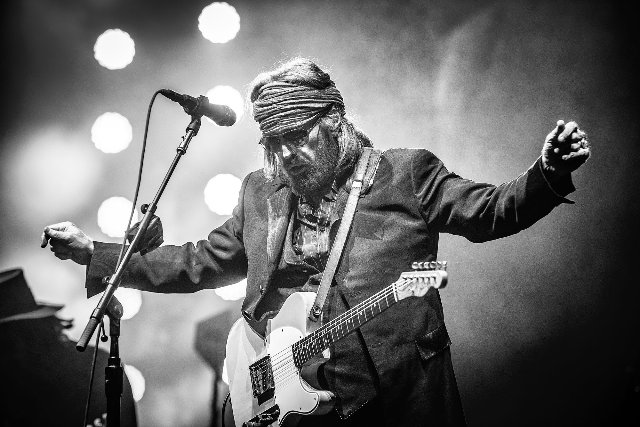 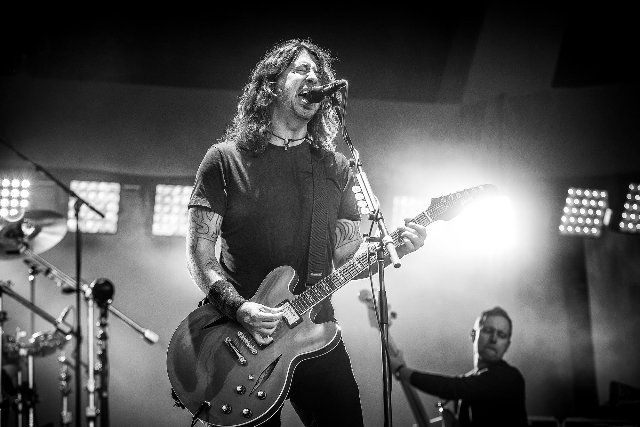 The first image in the book “B.B. King” was taken in 1994 at the Banlieues Blues Festival in Paris.

It was one of the first concerts that Jérôme Brunet the French born, Canadian artist photographed. He relates sneaking into the front row next to press photographers. A famed Magnum photographer, seated next to him, gave him a nod of recognition that welcomed him into the fraternity.

In an introduction by Steve Miller, the musician, describes starting to shoot at blues festivals with a digital camera. It evokes the notion that today everyone with a cell phone at a rock concert is a photographer. They interacted when Brunet asked and received permission to shoot Miller’s performance.

That more or less defines the difference between professional and amateur rock photography. The essentials entail access and permission. Rock stars and celebrities have become ever more controlling of their images.

In general, this means signing a release form and being restricted to the first three songs of a performance. There is also strict control of back stage access and green room, up close and personal shots. In an era of intellectual property laws at issue is ownership of images. Taking a shot at a rock concert does not mean that you can print it on t shirts.

Issues and constraints are less so at low key blues and folk festivals that Brunet, a musician and fan, likes to seek out. There is more freedom to hunt for better shots.

This book of black and white images alternates with from the pit performance shots of major artists and bands, and compelling portraits and character studies of less well known blues artists and obscure bands.

As is the case with rock photo books it is celebrity that sells.

That begs an aesthetic question. Did a photo make it into the book as a great image or because it depicts a famous person?

For example, there is a great shot of Keith Richards, and a so so one of Mick Jagger.

What an artist hopes for is a stunning image catching a unique or decisive moment of an A list musical celebrity. That’s why a great shot of B.B. King is on the cover of the book.

Here everything is in sync and one senses the heart and soul of the artist.

A lot of that derives from luck and looking. Over many years, Brunet shot hundreds of concerts. The challenge is to curate a critical mass of material into a collection of winners. The resultant book of a couple hundred images is expensive to produce and market.

Back in the day, with less limited access, you hung out back stage, in the pit, or shot from a press seat. That meant rolls of analog film with 36 frames. The norm was to push process Tri-X 400 ASA black and white film.   Depending on resources, that meant multiple cameras and lenses. Being loaded with film meant waiting for the right moment and picking your best shot.

Then there was the darkroom work of processing, making contact sheets, choosing and enlarging prints for publication. Filing overnight for a daily meant just one good shot or maybe a few for a magazine or weekly.

In negative sleeves the film was archived in binders or file cabinets.

Creating a set of prints for an exhibition entailed hundreds of hours in the darkroom. With dodging, burning and retouching the end of the day resulted in a couple of prints. When shooting and processing color multiply the degree of difficulty by ten or so.

Speaking with the photographer by phone he described switching to digital in 2006. He confirmed the importance of holding for the best shot and trying to get everything into that one frame. He compared that to "spray shooting" which is common today. In school he was part of the last class to work with analog film.

It’s a different scenario today. Shooting digitally with a zoom, one or two cameras and lenses one can get off hundreds of frames during the allotted three songs. Uploaded to a computer they can be viewed as a slide show to select from. In a sequence of thirty of so frames of a particular moment one looks for the perfect shot. That entails elements like clarity and particularly expression.

The best photographers and artists are not just shooting randomly like a fan with a cell phone. There is something about that artist and performance they are probing and searching for. What is that precise moment that gets at the heart and soul of the experience? The son of a musician mother Brunet grew up with music. He explains that knowing the music makes a difference in how to shoot it. There is more of an empathy in conflating art forms.

Even the best hitters make contact at best a third of every time at the plate. On average this compelling book has a lot of home runs. For this viewer that meant musicians I knew and uniqueness of the image.

Some of the killer shots were of B.B. King. There are several winners. Pinetop Perkins has a double page spread with a moody head shot.

Blues player Pinetop Perkins is so named for a signature cover of the legendary piano player and singer Pinetop Smith. The inventor of boogie woogie made only a handful of iconic blues recordings before getting shot during a bar room brawl.

Most enjoyable were casual back stage poses. Often in long shots the images are full frame with an Iggy Pop or Billy Idol, for example, dwarfed by the context of stage setting.

A performance shot of James Brown in Paris, 2006, is particularly expressive.

Inevitably he is among  legends depicted in the book no longer with us: Aretha Franklin, Tom Petty, Leon Russell.

Through a kickstarter campaign Brunet raised $30,000 for the book. He states that "It was kind of a test for me to see if there was interest in the book." Fortunately, he was able to design all aspects of the book including layout, text, paper and covers. The files were passed to the publisher who had "a minimal involvement with the book." All of the marketing and pr, related book signings and exhibitions, have been enacted by Brunet.

There is a slip cased limited edition which includes a signed and numbered image of B.B. King. It sells for $250 "Which is the cost of the print so you buy it and get in essence a free deluxe book."

This excellent book is a 2018 finalist for the Lucie Photo Book Prize.