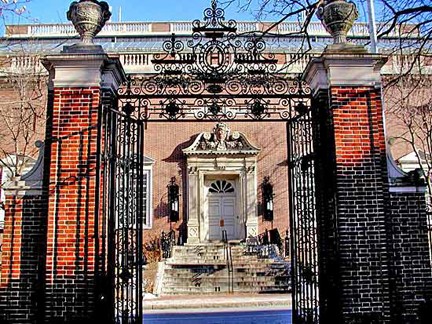 The Harvard Art Museum recently appointed José Ortiz as its new Deputy Director. The timely appointment will be effective March 2, 2009. Currently the Deputy Director/Chief of Finance of the Smithsonian's Hirshhorn Museum and Sculpture Garden in Washington, D.C., Ortiz has a strong record of world class institutional management combined with considerable business and private sector experience including over a decade in financial services management.

Harvard Art Museum Director Thomas W. Lentz said, "I am delighted to have José join our staff, and we are fortunate to gain someone with such a range of skills and talent at such a crucial time in planning our future. As we prepare for the renovation of our building on Quincy Street and begin to relocate a large part of our staff and collections. José will play a key role in managing the logistics and enormous operational challenges that come with those projects."

Last June 2008, the Harvard Art Museum's building at 32 Quincy Street, formerly the home of the Fogg and Busch-Reisinger Museums, closed to prepare for a major renovation designed by architect Renzo Piano. During the renovation, the Arthur Sackler Museum at 485 Broadway in Cambridge, MA will remain open and has been reinstalled with some of the finest individual works in each of the three museum's collections.

When completed, the renovated Quincy Street building will house the three of the Harvard Art Museums in a state-of-the-art facility. Mr. Ortiz says that he is looking forward to helping make the museums and great collections even more accessible to a wider range of visitors both at Harvard and beyond.

During this difficult time of fiscal crisis, Harvard University's endowment, the biggest of any university took a loss of nearly $8 billion from its previous $36.9 billion. These staggering numbers suggest that by next June the amount will be 30% of the total endowment. The $8 billion loss represents more than the entire endowments of all but six universities or colleges. For comparative purposes, Williams College had about $1.9 billion before the financial collapse. It is unclear how the Harvard Art Museum's will be affected by the fiscal situation. However, José Ortiz's will be called upon to bring his financial managerial background and administrative acumen to this great art institution at a very challenging time.

José Ortiz has held the position of Deputy Director/Chief of Finance and Administration at the Hirshhorn since 2005. He has overseen daily operations and fiscal planning of this Smithsonian modern and contemporary art museum. His role has included management of all the museum's operational support departments. These involved security, human resources, building maintenance, library, retail operations and even landscaping. While there, he has attempted to institute a better work-life balance for the staff. This is a particular area of interest of Mr. Ortiz.

José Ortiz has served as project manager for all capital projects and space planning initiatives at the Hirshhorn. These have included building systems integration, renovations and redesign. He was instrumental in improving wayfinding, docent services, interpretive guides and other communication tools to make the museum more accessible and user-friendly.

From 1996-2005, Ortiz served as Manager for Administration at the Cloisters in New York City. Here, he managed daily operations and administration for this branch of the Metropolitan Museum of Art which is dedicated to art and architecture of medieval Europe. Prior to that, José Ortiz held administrative positions at the Smithsonian's Anacostia museum in Washington, D.C. and the Museum of Television and Radio in New York. Before that, he served as a manager at Citibank in New York from 1978 to 1991.

Mr. Ortiz graduated from Pace university with a B.A. and later completed a Masters of Arts in Museum Studies at New York University in 1994. He serves on many international and national museum committees and boards. He is a regular lecturer and panelist at national and international universities, museums and conferences focusing on the subjects of museum administration, leadership development and management during time s of change and transition.

During this time of financial insecurity and scaled back resources, José Ortiz will have his work cut out for him at the Harvard Art Museums.