Gutai: Splendid Playground, at the Guggenheim 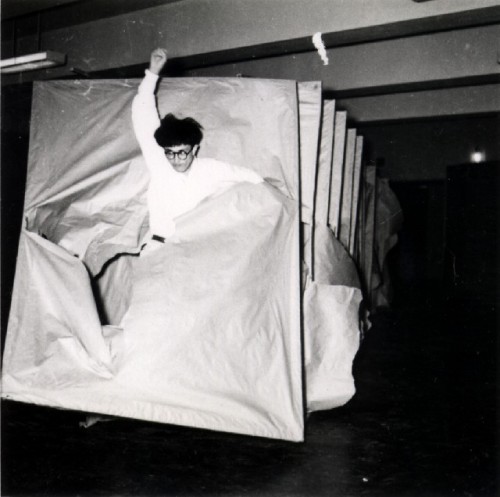 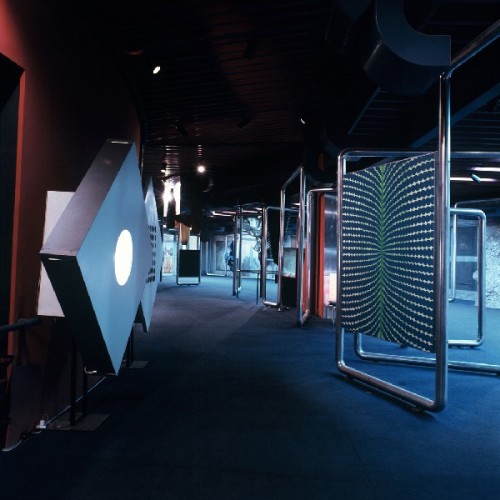 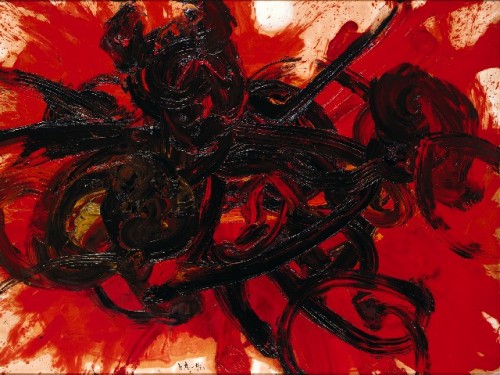 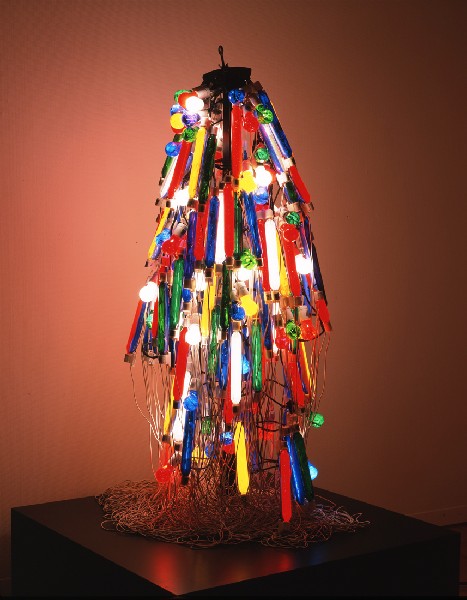 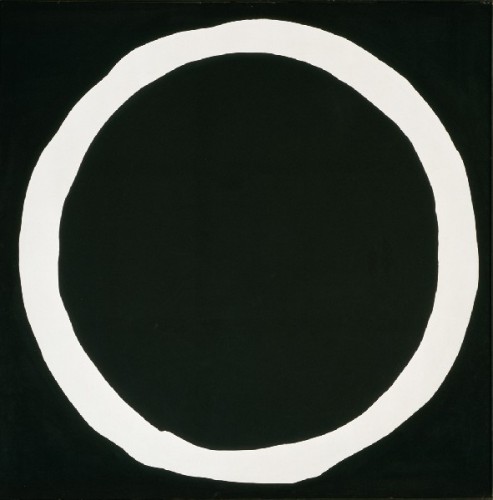 From February 15 to May 8, 2013, the Solomon R. Guggenheim Museum will present Gutai: Splendid Playground, a retrospective of the Gutai Art Association (1954–72), the radically inventive and influential Japanese artistic collective whose innovative and playful approaches to installation and performance yielded one of the most important international avant-garde movements to emerge after World War II. Based on fifteen years of research, Gutai: Splendid Playground provides a critical examination of both iconic and lesser-known examples of the collective's dynamic output over its two decade history and explores the full spectrum of Gutai’s creative production: painting, performance, installation art, sound art, experimental film, kinetic art, light art, and environment art. Gutai: Splendid Playgroundis the first North American museum exhibition devoted to the Gutai group and offers a comprehensive interpretation of the convention-defying movement.

Play: An Uninhibited Act
Concept: Can a Piece of Cloth Be a Work of Art?
Network: To Introduce Our Works to the World
The Concrete: The Scream of Matter Itself
Performance Painting: Pictures with Time and Space
Environment: Gutai Art for the Space Age

The exhibition also includes documentary films of the group’s historic outdoor exhibitions and stage events and offers a focus on their eponymous journal as a platform for international artistic exchange. A centerpiece of Gutai: Splendid Playground is a site-specific commission of Work (Water) (1956/2011) by the late Motonaga Sadamasa. Prior to his death in 2011, Motonaga reimagined his iconic early Gutai outdoor installation, made of plastic tubes filled with colored water, for the Guggenheim rotunda.

Gutai: Splendid Playground is supported in part by the Henry Luce Foundation.

Exhibition Overview
The Gutai Art Association was founded in 1954 by the influential artist, teacher, and critic Yoshihara Jiro in the town of Ashiya, near Osaka. The group spanned two generations, totaling fifty-nine artists over its eighteen-year history. The name “Gutai” literally means "concreteness” and captures the direct engagement with materials its members were experimenting with around the time it began.

Against the backdrop of Japan’s World War II militarism and defeat, the American Occupation, and Japan’s postwar reconstruction as a democratic state, Yoshihara directed Gutai as an experimental environment for his protégés to explore the potential of their creative free will. Yoshihara’s call “Do what no one has done before!” pushed Gutai to break through borders between painting and performance, object and process, and between art, the ordinary public, and everyday life. He championed art making as an act of freedom, a gesture of individual spirit, a rite of destruction to create something new. Unbridled invention led the Gutai artists to experiment with new methods and materials: they painted with watering cans, remote-control toys, homemade cannons, and bare feet; made ephemeral site-specific works using the sky, water, sand, lightbulbs, and torn paper screens; and staged exhibitions in public parks, on the beach, and in bombed-out ruins. Gutai artists gained critical attention for their use of the body and for their experimentation with technology and nature.

The Gutai group grew out of both a rich local cultural context and critical engagement with international contemporaries. The local context, arising from the cosmopolitanism of the Kansai region, included prewar modernism, theater design, traditional Japanese festivals, children’s art education, and avant-garde calligraphy. The international context included Abstract Expressionism, Art Informel, Gruppe Zero, Happenings, and environment art—all movements with which Gutai intersected both at home and abroad. Gutai: Splendid Playground seeks both to examine Gutai’s aesthetic strategies in the cultural, social, and political context of postwar Japan and to further establish the group in an expanded, transnational history and critical discourse on modern art.

Gutai artists perceived early on that the canvas had become a contested arena internationally, and inspired by Yoshihara’s ethic of originality and individualism, they literally leapt through the picture plane in their search for new forms of art. During their first phase (1954–61), Gutai constructed self-expression as an assertion of the individual against the mass-conformist legacies of wartime totalitarianism. Not only did they lead by example, performing powerful acts of self-expression, but they sought to develop the autonomy of others—of their audience, the general public, and especially of children—by provoking them to think, create, and imagine for themselves. The exhibition features Tanaka Atsuko’s interactive sound-art installation Work (Bell) (1955 [refabricated 1993]), where visitors activate a cacophony of bells ringing sequentially across the Guggenheim’s Ramp 2; and “performance paintings” by Murakami Saburo, Shimamoto Shozo, and Shiraga Kazuo. For Shiraga, painting with his feet enabled an unmediated encounter with the material and a direct bodily form of artistic expression, seen in such paintings as Untitled (1957) and Wild Boar Hunting II (1963) and in his performance Challenging Mud (1955), where the artist “painted” with his entire body in a pile of grit, directly engaging with raw matter.

During the group’s lifetime, Gutai artists showed on four continents and distributed their magazine, the Gutai journal, to contacts around the world. In 1962, Yoshihara established the Gutai Pinacotheca, which became the center of the group’s activities, functioning as an exhibition space and a site for international engagement. In 1958, the Gutai group was featured in their first exhibition in the United States, at the legendary Martha Jackson Gallery in New York. It was not until 1965, however, when Gutai was included in a show at the Stedelijk Museum in Amsterdam on the Nul and Zero movements that Gutai’s role as a pioneer of intermedia experimental art was fully recognized. Long misunderstood abroad as a painting movement by virtue of the group’s 1957–65 collaborations with French Informel critic Michel Tapié, the full spectrum and historic contexts of Gutai’s highly innovative cross-genre approaches to art making within an international context have remained understudied.

Education and Public Programs
For complete information about the range of public programs presented in conjunction with Gutai: Splendid Playground, please visit guggenheim.org/publicprograms. Highlights include:

Concrete Escort I, II, III
Fri, Mar 22, 6 pm and 8 pm
New York–based Japanese performance artist Ei Arakawa creates a performative exhibition tour involving painters, poets, and curators gathered into a group and addressing Gutai in the present-day. Audience members will be escorted and repositioned, with an emphasis on the power dynamic within Gutai; women and men; singularity and plurality; and performance and painting.

Gutai as Science Fiction
Tues, Mar 12, 4 pm
Bringing together scholars from diverse fields and experts in art and technology, this program will present new research on Gutai’s second phase (1962–72) in an international context. Hosted by curators Ming Tiampo and Alexandra Munroe.