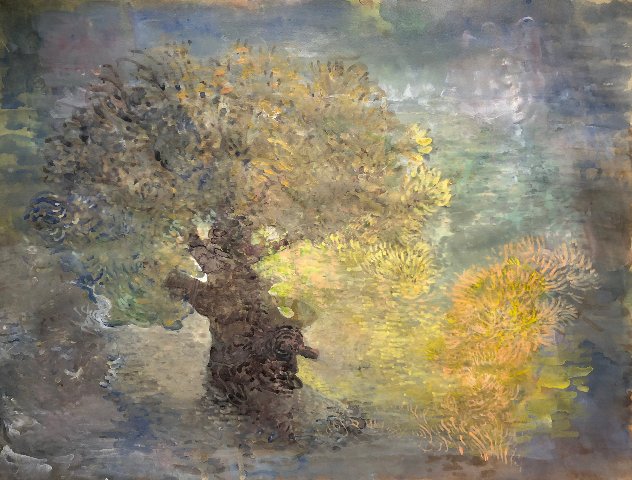 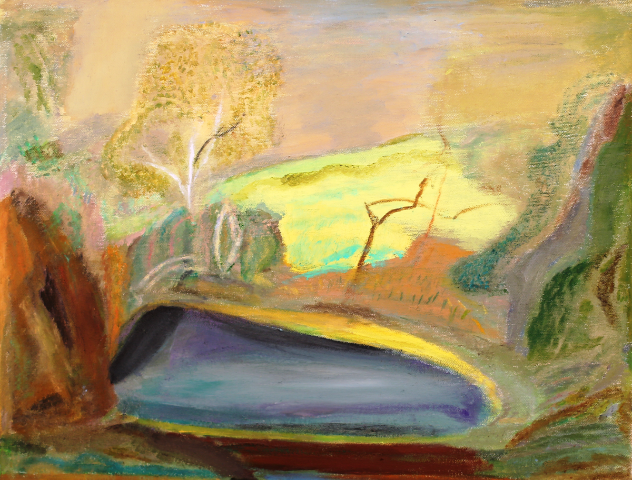 Foss & Ferrandini: A Fruitful Friendship runs from January 4 through 26.  A reception for the artists and the public will be held at the gallery on Friday, January 4 from 6 to 8 pm.

Jeremy Foss taught painting at Massachusetts College of Art and Design during the 1970s and 80s.  It was during the 70s, while Robert Ferrandini was a student at Mass Art, that he and Foss formed a friendship that has lasted to this day.  Ferrandini entered Mass Art interested in drawing but after taking Foss’ painting classes his sophmore year, he emerged as a painter.  He greatly respected Foss’ instruction, especially his color sense.  Ferrandini, although just a kid, was a spectacular blues guitarist.  Foss remembers fondly going to hear Ferrandini play a gig at some dive bar at the time.  Over the years the two have stayed in close touch talking about life, music, and, of course, painting.

Robert Ferrandini has steadily been painting since his 2001 stroke, which rendered his painting hand unresponsive and challenged him to train his left hand.  Continuing to develop his deftness with the medium of watercolor, which he uses as if it were oil paint, he layers and builds up the surface and is able to achieve a lightness that is not typical with this medium.

Ferrandini’s paintings are invented landscapes, based on an amalgam of what he has seen in his limited travels, his imagination, or from the visual world of cinema, all achieved from the comforts of his home in Winthrop, Massachusetts.  The landscapes and seascapes are suffused with broad ranges of color and mystical phenomena.

Foss’ paintings, on the other hand, are created from direct observation.  The landscapes are comprised of abstract forms, with only a tangential relationship to Foss’ observed world.  The relationship between place and color and form is at the crux of Foss’ paintings.  He explains, “For me, in my work, color should function exactly the same and must be married to form and line in just the right way.  A red bush is very different than the same bush, blue.  So in this way, I am always reading my paintings as the motif unfolds from all of these sources.  I am very aware of what every bush, tree, bit of soil, conveys and its reality in nature.  A shape may be driven by a formal expressive need but it must be rooted in the authentic sense of place I’ve described.”  He continues, “What emerges is not only the unified (most crucial) interaction of all these elements, but a particular evocative scene, a specific place in the world, however other-worldly it may appear.  These scenes are always measured against, and ultimately driven, towards places I have been, landscapes I have experienced and have learned to imagine with this kind of attention and empathy.”

Seeing Foss and Ferrandini’s paintings side-by-side offers a nice comparison between direct observation and fiction.  While the genesis of their subject matter originates from two very dissimilar places, they are both able to convey convincingly and beautifully the natural world.