30 Americans at the Barnes Foundation 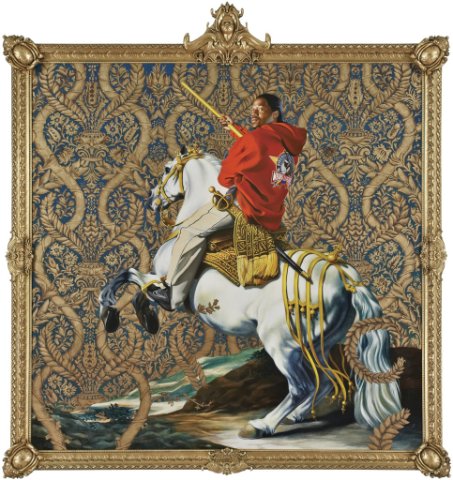 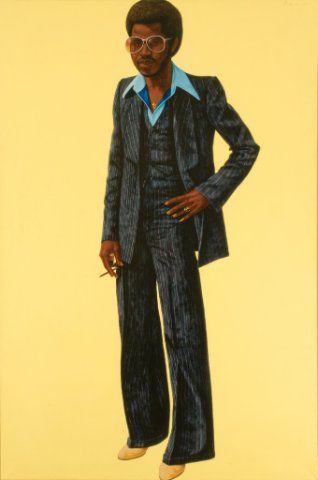 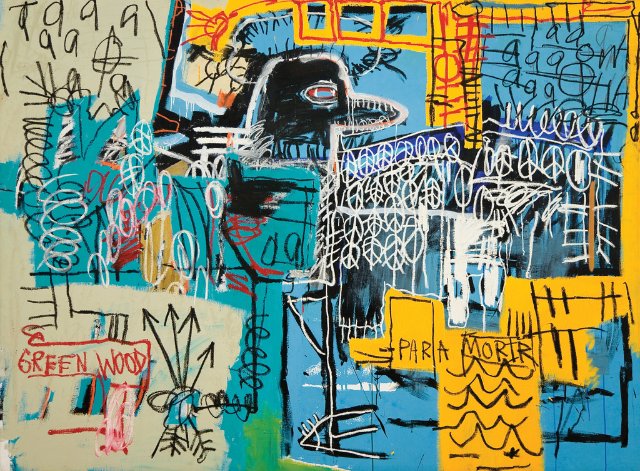 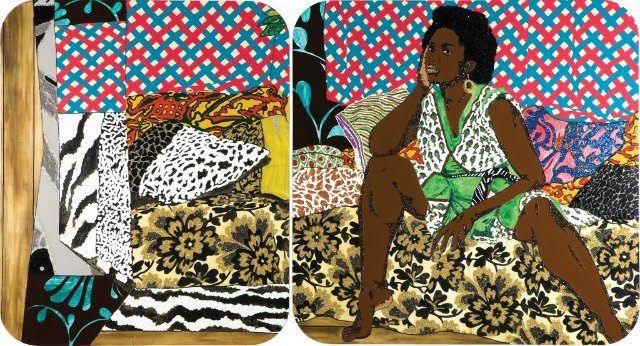 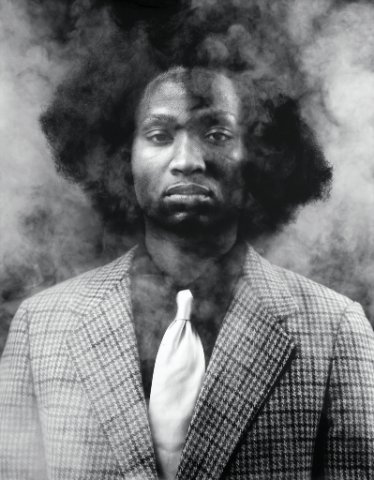 Representative works from the Rubell Family collection are on view at the Barnes Foundation in Philadelphia.  This is the 10th anniversary presentation of 30 Americans. The exhibit has travelled the country, but have been seen only once before in the eastern United States. The Barnes presentation is striking.  The art even more so.

You enter the exhibit through tall black iron gates. Atop them is a tiny Klux Klux Klanner, who loomed large over the black community in the United States. Immediately inside the exhibition area is a tall wall of packed cotton.  In recent memory, people like Tinee and Marsh Richardson in Yellow Bluff, Alabama,  still picked cotton on Peyton Burford's plantation.  Now machines have replaced them.  Yet cotton remains at the heart of the black experience in America.  Through a doorway, a take on Diego Velasquez' Count Duke Olivares shines in bright colors.  A black man sits in the saddle now, his uniform full of color.  Nike is prominent too.

The exhibit swings between the joy of emancipation and the cruel and lingering effects of Jim Crow.

The Rubells began collecting when they were young.  Their couple-collecting has a different twist from Ethel and Robert Scull, who became well-known collecting Warhol, whose painting of Ethel Scull 36 times is in the Metropolitan Museum of Art collection. They were immediately attracted to artists whose work has been under-repesented. They bought Basquiat early on.  He is represented by two works in the Barnes show, Bird on Money (1981) and One Million Yen (1982.)

The Rubells did not buy work in galleries or at auction.  They went to the artists studios, got to know them and their work and dealt directly with them.

The diversity here is mind-boggling. Kara Walker is represented by silhouettes, including a rabbit resembling Br'er. The silhouette figures are cut-out and glued to the wall each time they are mounted.

What strikes is the extraordinary talent we have been missing.  The Denver Art Museum recently exhibited one of its own, Jordan Casteel, to a packed overture. (She is Urban League founder Whitney Young’s granddaughter and now can be seen in her Harlem home and in London).

The controversy surrounding the transfer of the Barnes Foundation to central Philadelphia is past.  Clearly the presence of the Museum within walking distance of the train station and on the way to the Philadelphia Art Museum has made the collection accessible to many.  Yet this exhibit reminds us that the collection was left to Lincoln University, a college founded eleven years before the Civil War.  It was specifically intended for freed and runaway black slaves who Princeton, northern most of the southern colleges, would not admit. Thurgood Marshall and Langston Hughes are among its graduates.  Now the descendants of the very group this collection was designed to benefit by Dr. Barnes' will are being shown in stunning glory.