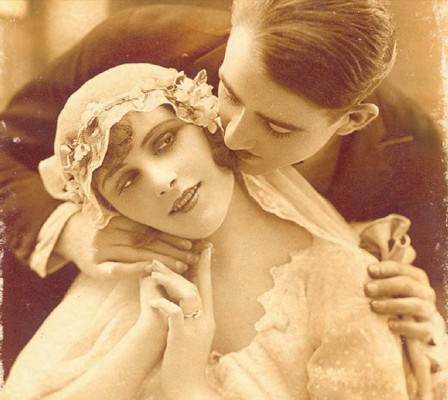 A Delightful Production of The Golden Bride 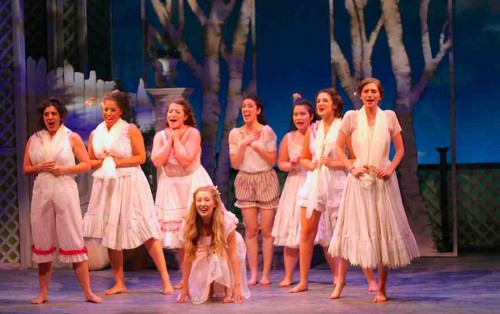 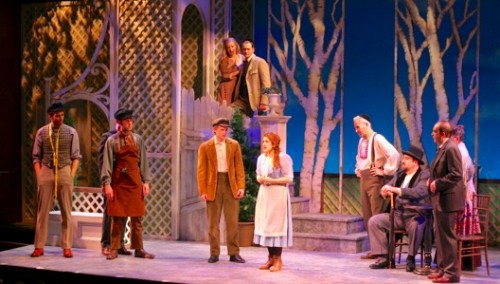 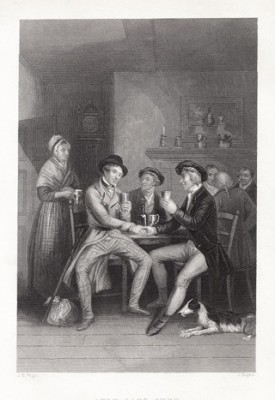 Phrases of Robert Burns' Auld Lang Syne can be heard in the score. 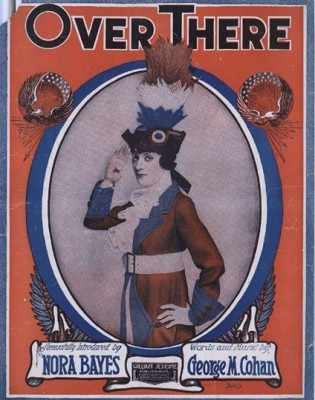 George M. Cohan's World War I song is embedded in the Rumshinsky score. The Golden Bride
An Operetta in 2 Acts
Conducted by Zalmen Miotek
Music by Joseph Rumshinsky
Libretto by Frieda Freiman
Lyrics by Louis Gilrod
Edited and Translated by Michael Ochs
Through January 3, 2016

There would be no musical theatre in the US without Jewish immigrants. The National Yiddish Theatre Folkbiene makes this point splendidly in the production of one of Second Avenue Theatre’s greatest triumphs, The Golden Bride. It is alive with music echoing the shetl, Russian folk tunes, and at least one American classic.

An intimate of virtually every major figure connected with the Yiddish theatre, the composer Joseph Rumshinsky was a member of the board of directors of the Yiddish Theatrical Alliance, an honorary member of the Hebrew Actors Union, one-time president of the Society of Jewish Composers and Song Writers, and a member of the Cantors Association. Born in Lithuania where he studied music,  Rumshinsky came to the United States in 1904.

Rumshinsky wanted to infuse Yiddish theatre with operatic elements. Yet the public was losing interest in biblical, purely romantic or historical re-tellings. The new immigrants to America were eager for their art to be entertaining. Nostalgia no longer pleased.

The link between Yiddish theater and Broadway, and between Yiddish theater and American entertainment in general, is firmly intertwined. Stereotyped Jewish characters people The Golden Bride: the beleaguered papa, the guilt-inducing mama, the fast-talking shyster and the neurotic shmendrik have become standard theatrical archetypes.   A whiff of Jewish sensibility having filtered into American comedy at large. A shtick (Yiddish: ????‎ or schtick) is a comic theme or gimmick. It is also a characteristic often comic behavior.

The music has recognizable Russian melodies, with vivid motifs like kazachok (a fast folk dance from Ukraine) and lyric ones in the lullaby melody sung first to Goldele as a baby by her now lost-mama, and reprised on mama’s return. Genre scenes are intertwined in the duets of Khaneles and Jerome, who both hope for acting careers in the United States. Songs performed by an ensemble are often repeated themes first expressed in an aria or duet.

As Conductor Zalmen Mlotek pointed out in an interview, it’s easy to see how the Yiddish theatre's over-the-top mannerisms might have reinforced similar tendencies in English-language theater, especially the kind that made its way to Broadway via vaudeville. The line between Boris Thomashevsky and Nathan Lane may not be straight, but can nonetheless be drawn.

If The Golden Bride's lost mama is returned,  there is the promise of a Turandot reward, marriage to a wealthy woman.  Suitors abound but only one of them is true of heart. Of course, one of them is deaf, in a delightful turn by Jordan Becke, holding a horn to his ear, and producing a father instead of a mother.  Jeremy Weiss and Zachary Spiegel are hearing-suitors but fare no better. True love wins in the end.

Misha who produces the real Mom is a delight.  Cameron Johnson has a big voice with a slight edge and fills the hall with feeling. Other voices that stood out were Rachel Policar as the bride and the three suitors.  In the small and beautiful theatre the Jewish Museum of Jewish Heritage, mikes were used but hardly necessary, and cut into the beauty of some of the voices.

The orchestra was pitched behind a scrim at the back of the stage.  Instrumentalists were full of exuberant joy, but not threatening to the singers.  The choreography by Merete Muenter used schtick and stinging.  Gestures froze, moved up and down in perfect coordination.  It was easy to fall for Kalmen, the cantor and matchmaker.   Adam B. Shapiro in this tutu, with white tights and pink ballet shoes, a fun costume by Izzy Fields. From coverup bathing suits to a flapper tennis outfit, the costumes were terrific.

Lighting divided the main stage from the orchestra, where the Conductor's yamaka bounced up and down.

Over-the-top mannerisms might have reinforced similar tendencies in English-language theater, especially the kind that made its way to Broadway via vaudeville. The line between Boris Thomashevsky and Nathan Lane may not be straight, but it can be drawn.

“When I see or hear a Yiddish production, I’m very touched by that; it takes me home,” the late Leroy Nieman once said.  The audience at The Golden Bride seems very at home, including members from very different cultures.