ArtsEmerson: The World on Stage 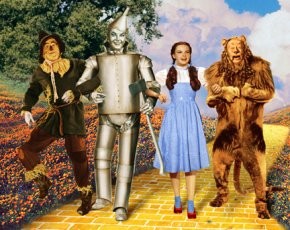 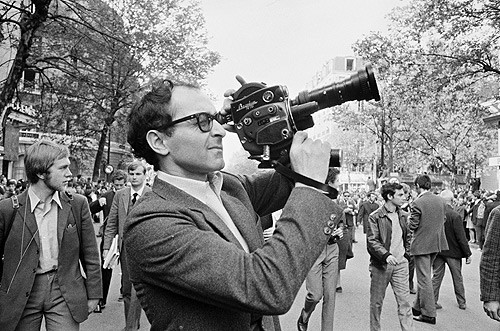 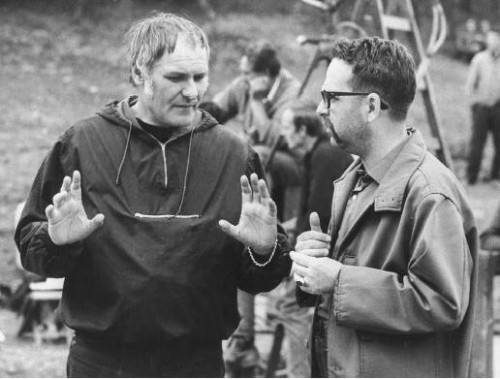 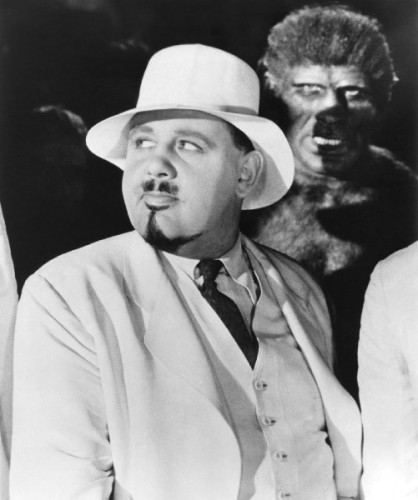 Emerson Stage presents the only film directed by Charles Laughton.

ArtsEmerson: The World on Stage continues its inaugural season of adventurous films with programming that includes János Szász, Victor Fleming, Miklós Jancsó, Charles Laughton, Jean-Luc Godard, and J. Lee Thompson. Films are screened in the Bright Family Screening Room at Emerson College’s Paramount Center (559 Washington St., Boston). Tickets are $10, or $7.50 for members, and are available in advance at ArtsEmerson.org, or by calling 617-824-8000. Discounted tickets for seniors are $7.50, or $5 for all students with valid ID and children under 18. Discounted tickets are available in person at the Box Office only. For more information visit ArtsEmerson.org.

Woyzeck, Georg Büchner's chronicle of oppression and dehumanization, was unfinished when the writer died in 1837 at 23. Yet this grim, socially conscious drama became the playwright's most celebrated work, adapted for numerous films and TV productions, as well as multiple screen versions of Wozzeck, the opera composed by Alban Berg in 1925. For his second feature, Hungarian director János Szász (who is also a highly respected theater director in Hungary and abroad) offered the most recent cinematic take on the bleak tale of a man losing his grip on reality as the authoritarian power of medical science and military discipline crush him. Set in modern Hungary, Szász’s interpretation has as its protagonist a signalman in a railroad yard; Woyzeck (Kovács) suffers a tyrannical boss, a physician restricting his diet to only peas, and a lover who spurns him. Broodingly photographed by Tibor Máthé, and lent an air of baroque sensibility from the music of seventeenth-century English composer Henry Purcell. (Notes adapted from an essay by David Sterritt.)

The Wizard of Oz

The definitive example of early Hollywood’s imaginative potential, The Wizard of Oz has become perhaps the most watched film in the history of American cinema. A fable-esque tale of Dorothy’s journey over the rainbow and into a world where characters of her rural Kansas life are transformed into magical individuals, Victor Fleming’s rendering of L. Frank Baum’s heralded fantasy imagines the girl’s dream-voyage in brilliant three-strip Technicolor, contrasting her mundane farm life (the drab sepia-tone segments helmed by King Vidor) while highlighting the inventive visuals that continue to mesmerize children and adults alike. Bring the family to indulge in the fantastic odyssey of Dorothy, the Scarecrow, the Tin Man, and the Cowardly Lion for the unfailingly memorable experience that is the Wizard of Oz on the big screen!

Hungarian director Miklós Jancsó’s films from the 60s and early 70s continue to astonish with their merging of complicated, balletic camera work and political analysis—they are fluid and sensuous works grounded in a sharp critique of the repressive climate of Cold War–era Hungary. Jancsó won the Best Director prize at Cannes for this “awesome fusion of form with content and politics with poetry” (Jonathan Rosenbaum), which chronicles with almost ruthless sorrow a farm workers’ revolt and its inevitable suppression. Shot in only 28 long takes, in vibrant color, Red Psalm moves between slaughter and song, spectacle and speech, as its camera darts among horses, houses, and a cast of hundreds: revolutionaries, soldiers, priests, and landowners. Filled with Hungarian folk songs and dances, Red Psalm is a tribute, plea, and fever dream of a collective utopia long since extinguished. For Rosenbaum, Red Psalm “may well be the greatest Hungarian film of the sixties and seventies.” (Adapted from Pacific Film Archive program notes).

The Night of the Hunter

The only film ever directed by acclaimed actor Charles Laughton, The Night of the Hunter is as graceful as it is terrifying, carefully blending themes of good and evil with the tonality and mood of a fairy tale. Laughton’s narrative, written by James Agee, centers around the vaguely defined yet undeniably menacing Harry Powell, whose motives for marrying a young widow and mother of two are revealed patiently, eliciting a distinctly eerie suspense. Mitchum is remarkable as the predatory Powell, inhabiting the character with unsettling reticence, and well remembered for his tattooed knuckles, which read ‘Love’ and ‘Hate’ on either hand. Stanley Cortez’s cinematography, clearly informed by German expressionism, drenches Laughton’s vision with the atmospheric tension that defines the film.

The third part of Godard’s epic, made for television, serial reflection on the history of cinema and of stories. In which Serge Daney explains to Godard that since he comes from the New Wave, which started midway through the 20th century and midway through cinema itself, Godard is uniquely qualified to recount the history of cinema. Receiving prominent screen time: The Night of the Hunter’s haunting scene of two frightened children on a nighttime river journey in search of refuge.

A supremely nasty thriller flaunting Mitchum in a bare-chested variant on his Night of the Hunter role, as an irredeemable criminal exacting revenge on the family of the lawyer who put him away.

About ArtsEmerson: The World On Stage

ArtsEmerson is the organization established by Emerson College to program the Paramount Mainstage, Cutler Majestic Theatre and other venues at Emerson's Paramount Center. The inaugural season includes over 100 performances of 17 different productions, including world premieres, Boston debuts and works being developed in the new facilities created by Emerson College. ArtsEmerson, under the artistic leadership of Rob Orchard, will give Boston audiences a new level of cultural choice, bringing professional American and international work to its four distinct venues: the beautifully restored 590-seat Paramount Mainstage; the versatile, intimate Paramount Black Box, which can seat up to 150 people; the state-of the art 170-seat Bright Family Screening Room (all located within the new Paramount Center, a cornerstone in the revitalization of downtown Boston); and the beloved, historic 1,186-seat Cutler Majestic Theatre in the heart of the Theatre District, fully restored by Emerson in 2003.

On sale now at ArtsEmerson: