Museum of Contemporary Art Through March 27 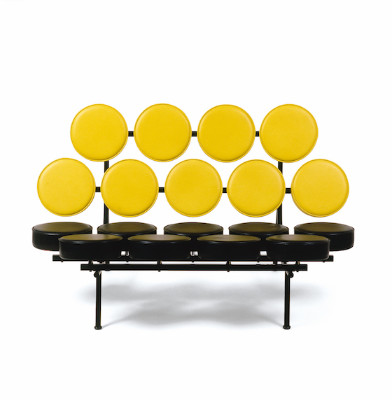 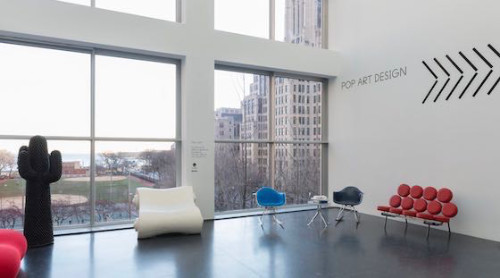 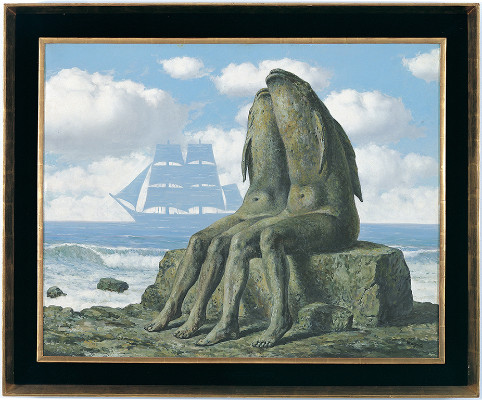 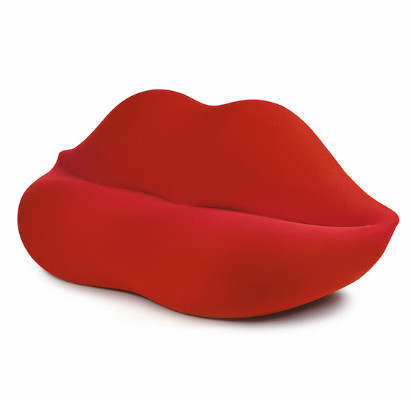 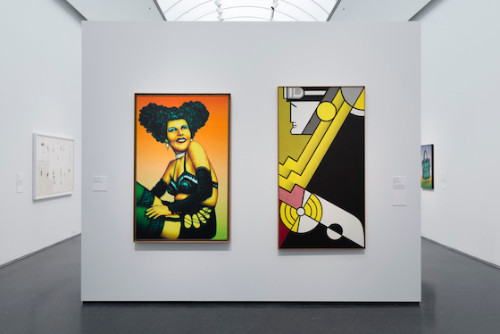 It may be your father's pop art, but the work shown in the new exhibit at the Museum of Contemporary Art is still fresh and fun. The art that shocked the elite art world 50 years ago still has a story to tell today.

The new Pop Art Design exhibit at the MCA pairs 150 art works and design objects in an exhibit that sparkles with wit and irreverence. And it reminds you of how Andy Warhol's "Campbell soup can art" was first received with ridicule...by non-connoisseurs. That was just about the time that the elite collectors woke up and began buying Warhols.

The exhibit, which originated at the Vitra Design Museum in Germany, is paired with The Street, the Store and the Silver Screen, a companion exhibit of seminal works of pop art drawn from the MCA's own collection, along with some local loans. Some of these works haven't been seen in years or have never been displayed.

The original pop art works are still brazen, vivid and just a little outrageous. Michael Darling (the MCA's chief curator) has organized the exhibit into mini-themes such as Reality as Collage, the Female Fetish, Clichés of Modern Life and Everyday Heroes. The paired exhibits make clear how pop art influenced the look of furniture, architecture, consumer products, typography and graphic design.

George Nelson's "Marshmallow Sofa" from 1956 still looks good enough to eat or sit on. Claes Oldenburg's "Green Beans" (1964) are surely ready to cook and Studio 65's "Bocca" (red mouth) is cushy and welcoming. Two whimsical pieces by Niki de Saint Phalle are included in the Female Fetish section, reminding me of the fabulous exhibit of her giant sculptures at Garfield Park in 2007. Ed Paschke is represented by several works, including Casey (1975) and Elcina (1973).

Those two exhibits fill the museum's fourth floor. On the second floor, another exhibit provides insights from surrealists of several eras. Some 100 paintings, sculptures, drawings and photos from the MCA collection are shown in Surrealism: The Conjured Life. The exhibit is in a large freestanding spiral in the center of a gallery on the second floor, with the inner gallery walls devoted to "classical" European surrealists such as Yves Tanguy, Rene Magritte and Jean Dubuffet. The outer spiral walls display international contemporary artists with an affinity to surrealism. Here we see works by artists like Jeff Koons, Cindy Sherman, Lee Bontecou and Gabriel Orozco.

The gallery walls outside the spiral feature artists associated with Chicago including members of the Chicago Imagists (Jim Nutt, Gladys Nilsson and Ed Paschke) and those earlier artists known as the "Monster Roster" (Don Baum, June Leaf and Leon Golub). There's also work from a diverse group of recent Chicago artists such as Henry Darger, Patty Carroll and Marcos Raya.

The Surrealism exhibit adds an element of classicism to the Pop Art Design exhibit; it puts those repetitive silkscreened images, soup cans, green beans, and giant mouths into historical context.

The MCA security guards even have clever new t-shirts as part of the museum's new "grid" identity. The front of the black shirt trumpets "Avant" in large white letters, while the back reminds you he is in fact a "Guard."

Pop Art Design continues at the Museum of Contemporary Art, 220 E. Chicago Ave., through March 27. Surrealism: The Conjured Life will be on display through June 5. Hours are 10am to 8pm on Tuesdays and 10am to 5pm Wednesday through Sunday.  Admission is $12 and $7 for students and seniors. Members are admitted free.