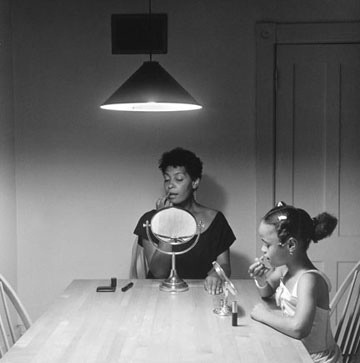 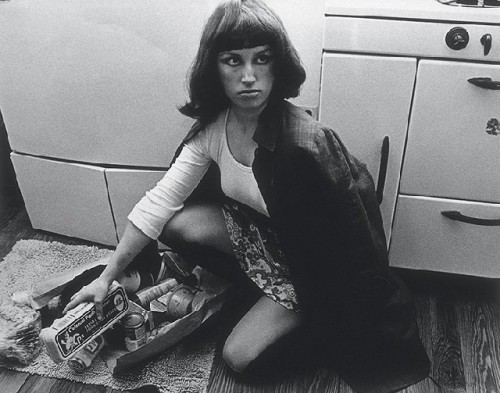 Cindy Sherman from the Movie Stills courtesy of Metro Pictures. 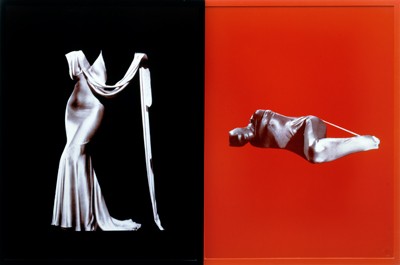 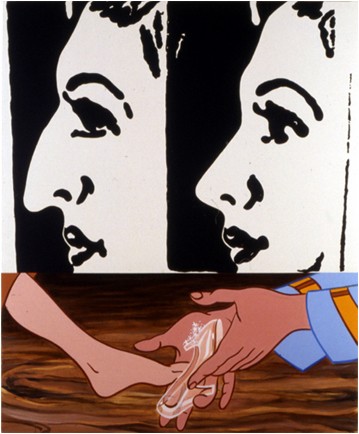 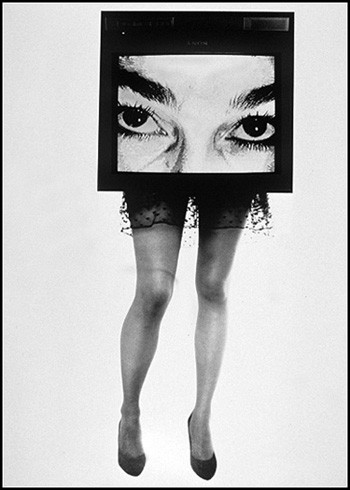 For years, the prevailing belief has been that following the identity-based artwork of the late 1960s and early 1970s, progressive women artists put aside their differences with men to help them reveal how the mass media and global capitalism control visual culture. But a new exhibition, The Deconstructive Impulse: Women Artists Reconfigure the Signs of Power, 1973-1991, organized by the Neuberger Museum of Art, Purchase College, shows that the role of women artists has long been undervalued in accounts of that work. On view from January 15 –April 3, 2011, the exhibition is a survey of leading women artists that examines the crucial feminist contribution to the development of deconstructivism in the 1970s and ’80s.

As the term suggests, deconstructivism involved taking apart and examining source material, generally borrowed from the mass media, to expose the ways commercial images revealed the mechanisms of power.  Women had a particularly high stake in this kind of examination and were disproportionately represented among artists who practiced it. Identifying gender bias at work in movie, television, advertising and mainstream journalism, as well as in curatorial practice, is a theme that flows throughout the work in this compelling show.
Included in The Deconstructive Impulse are 68 photographs, prints, paintings, videos, and installations by 22 artists and one artist’s collaborative. The artists include: Judith Barry, Dara Birnbaum, Barbara Bloom, Sarah Charlesworth, the Guerrilla Girls, Lynn Hershman, Susan Hiller, Jenny Holzer, Deborah Kass, Mary Kelly, Silvia Kolbowski, Barbara Kruger, Louise Lawler, Sherrie Levine, Adrian Piper, Martha Rosler, Cindy Sherman, Laurie Simmons, Lorna Simpson, Sturtevant, Carrie Mae Weems, and Hannah Wilke.
The Deconstructive Impulse will be accompanied by a fully-illustrated, 176-page, hardcover book that surveys the work of the artists included, and places them in cultural and historical context. Essays by the exhibition’s curators Helaine Posner and Nancy Princenthal will be followed by texts by art historians Tom McDonough, Griselda Pollock, and Kristine Stiles discussing such topics as the importance of critical theory and sexual politics in the art world of the 1980s; how domesticity is represented in commercial media and the art that addresses it; the importance of psychoanalytic theory as a critical framework; and the sexualization of inanimate objects. Helaine Posner is Chief Curator and Deputy Director for Curatorial Affairs at the Neuberger Museum of Art, Purchase, New York. Nancy Princenthal is a noted art critic and former Senior Editor at Art in America.  The catalogue is co-published by the Neuberger Museum of Art and DelMonico Books•Prestel.
The exhibition will travel to the Nasher Museum of Art at Duke University from August 25 through December 5, 2011 and the Contemporary Arts Museum, Houston from February 11-April 29, 2012.  The Deconstructive Impulse is funded in part by the National Endowment for the Arts, Washington, D.C. and the Friends of the Neuberger Museum of Art.
background: The mid-1970s saw the emergence of a potent artistic impulse to deconstruct the operations of cultural power, an impulse that is often understood, erroneously, to have been gender blind. The prevailing belief has been that following the identity-based, essentialist work of the late 1960s and early 1970s, progressive women artists put aside their differences with men to help them reveal how the mass media and global capitalism control visual culture.  Their work was understood to suggest that authenticity and individuality were obsolete fictions, unsustainable in a media-saturated culture in which advertising, television, and the movies shape visual expression far more powerfully than individual agency.  Sexual politics were seen to have submitted to a gender-free critique.
Hindsight helps reveal that this scenario is deeply flawed.  Not only was the deconstructive impulse propelled, in significant measure by women, but it reflected specifically female and highly individualized experiences of power—and constraint.  The blatant misogyny of the movie and advertising industries, and the sexism of other cultural institutions and social structures, were significant motivators for launching attacks against them through such strategies as appropriation, simulation, masquerade, and pastiche. A chorus of varied voices—of decidedly plural feminisms—rose up, from a wide variety of racial, economic, and cultural communities.  In fact the deconstructive impulse helped reveal that gender identity and its representation were more complicated than generally had been recognized.
the neuberger museum of art has planned several special events in conjunction with the exhibition:
special presentation
Thursday, February 10
“Guerrilla Girls”
The Girls are quippy as well as lippy. They are the Fun-Guard of feminism. —Ginny Dougary, The Times (London)
A member of the Guerrilla Girls explains how the group came up with the ideas for some of their posters, books (The Guerrilla Girls Bedside Companion to the History of Western Art, Bitches, Bimbos and Ballbreakers: The Guerrilla Girls' Guide to Female Stereotypes), and presentations about discrimination in art, film, and politics. She will also perform skits with members of the audience, and disclose how the group invaded the Oscars with billboard and sticker campaigns about discrimination in Hollywood. And she'll share the inside story about their 17-foot posters at the 2005 Venice Biennale, in Istanbul, Athens and Mexico City.
panel discussion:
Thursday, March 17
“Hot Art/Cool Talk: Feminism, Deconstruction, and Desire”
Artist Sarah Charlesworth; Co-curators Helaine Posner and Nancy Princenthal
Each panelist will deliver a brief illustrated presentation, sparking a lively discussion of practices and perceptions related to appropriation and power in the late twentieth century and today.
Helaine Posner, Chief Curator, Neuberger Museum speaks about the impetus behind the organization of The Deconstructive Impulse and highlights emergent themes such as institutional critique,  masquerade, and visual pleasure.
Nancy Princenthal, independent critic and former Senior Editor of Art in America, illustrates the links between appropriation art, feminism, and critical theory related to art in the Deconstructive Impulse.
Sarah Charlesworth,  explains how widely exhibited art of appropriated and altered images have been influential in diminishing the gap between photography and fine art in the late twentieth century. She sees her work as part of a broader feminist project and is interested in “the many ways in which photography, as a specific form of shared visual language, articulates values and beliefs.”
conversation:
Thursday, March 24
Artist Deborah Kass
“Critical Revision: Making and Unmaking Signs of Power”
Deborah Kass paints images using a process she describes as “sampling” and “covering” images from popular culture, such as fairytale cartoons, and well-known, historicized male artist’s work including Jackson Pollock, Frank Stella, and her celebrated, Warhol Project (1999-2001). In doing so she challenges male-dominated perspectives and narratives of mythic proportion. In addition to her paintings in the Deconstructive Impulse, Kass’s work has been included in many museum exhibitions, most recently Hide/Seek: Difference and Desire at
the National Portrait Gallery, Washington D.C., and  Shifting the Gaze: Painting and Feminism, The Jewish Museum, New York.

Designed by Purchase College students to provide lively social, creative and intellectual engagement with works on view for students and the community.  Refreshments and admission are free.

Explore three very different exhibitions that utilize photography and raise provocative questions about picture-making: Larry Clark: Tulsa Portfolio, R.H. Quaytman: Spine, Chapter 20, and The Deconstructive Impulse: Artists Reconfigure the Signs of Power Hear brief “snapshot” gallery talks, “steal” images from advertisments to create a zine, or masquerade and pose for a fictional portrait. Listen to a soundtrack of remixes and sampled sounds (the aural equivalent of appropriation) and iconoclastic women’s punk and no wave music.

Masquerade/Dress-up: children will explore the idea of how appearances can change perceived identity through gallery discussions with select works in Deconstructive Impulse and a studio workshop