A Playful Search For Beauty 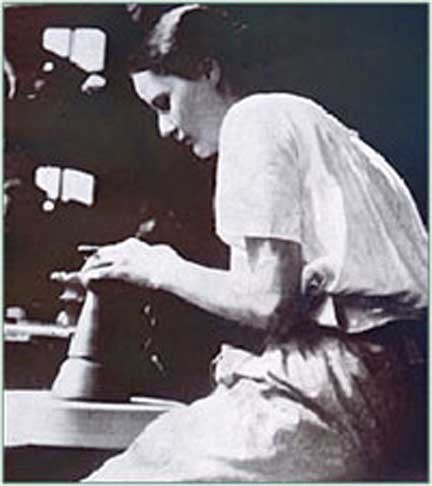 A Young Eva Zeisel Working on A Vase 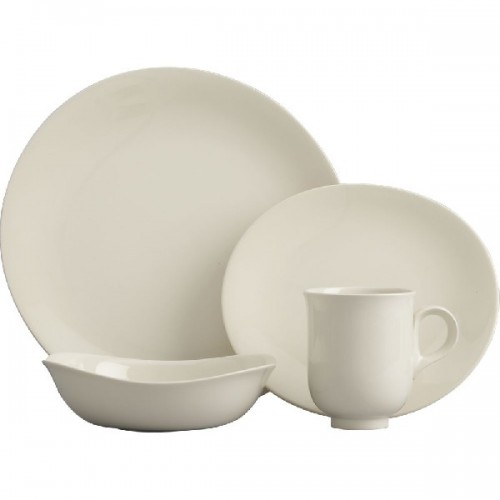 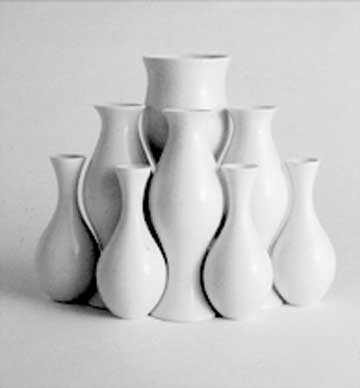 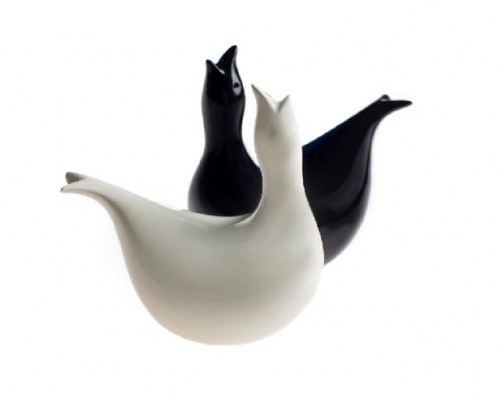 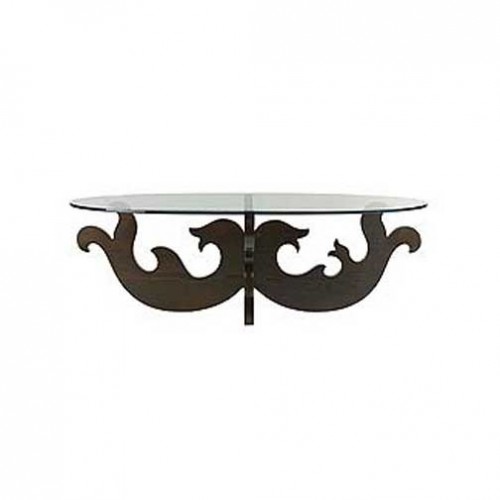 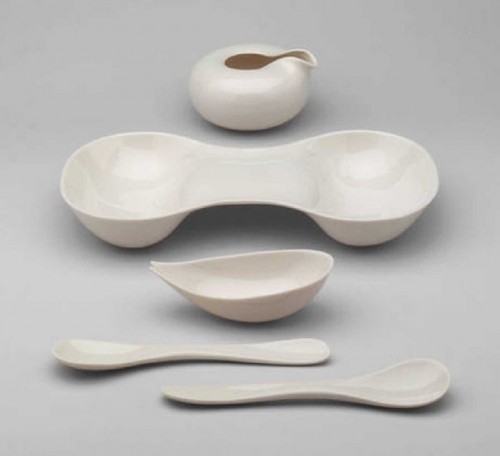 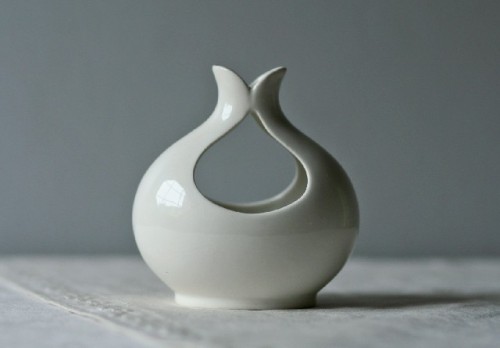 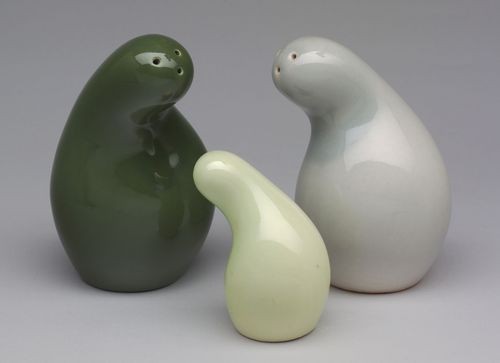 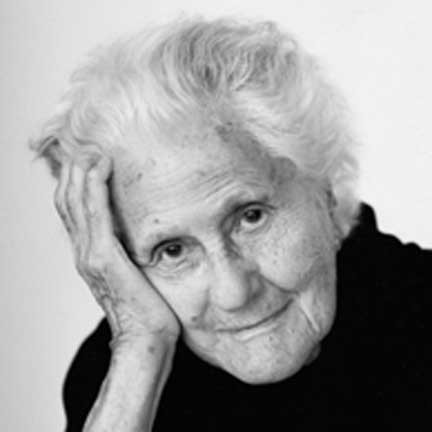 Even if her work was smooth and flowing, she had more than a bit of an edge to her. Eva Zeisel was a designer who questioned the straight line purity of Modernism by literally throwing curves. After an almost nine decade long career, she died on December 30, 2011 at the amazingly productive age 105.

Zeisel is one of the best-selling tableware designers of all time. Her now highly-collectable designs have had a major impact on domestic design in the 20th century. They are still sold and cherished in the 21st.

Her extremely long career along with her elegant curvilinear style allowed her to become one of the most famous industrial designers of the modern era. She worked primarily in porcelain and ceramic tableware while introducing her trademark sensuous curves and assymetry to mass-production.

Throughout her long life she was both brave and willful. Her career took her to most of the hotspots of design including Berlin in the 20s, the Soviet Union in the 30s, and New York in the 40s and 50s.

Her dramatic life history includes working in Berlin during the Wiemar Republic, being imprisoned in a Soviet prison for supposedly plotting to assasinate Stalin, escaping the Nazis and eventually setting up a new life in New York City.

Raising a son and a daughter while carrying on a serious career, Eva Zeisel may have been one of America's earliest "super moms." The tension between motherhood and a career in the arts cdertainly was not any easier in the 1940s and 50s.

I met her once at a garden party at her son John's house in Cambridge about 35 years ago. He was a professor of mine at the Graduate School of Design at Harvard. She appeared to be an older but elegant lady even then, but she was quite lively and interested as well as interesting.

She was born Eva Amalia Striker in Budapest on Nov. 13, 1906, the daughter of an upper middle class family. Her father owned a textile factory, and her mother was a historian and a political activist.

In 1923, Ms. Zeisel entered the Royal Academy of Fine Arts in Budapest to study painting. Withdrawing only after three semesters, she was inspired by an aunt’s Hungarian peasant pottery collection to become a ceramist. She apprenticed to Jakob Karapancsik, a master potter, and learned her craft.

On a trip to Paris in 1925, she visited The Exposition Internationale des Arts Décoratifs et Industriels Modernes (the source of the term Art Deco) and was exposed to modern design movements including the Bauhaus, Russian Constructivism and the International Style. From this experience, she felt that modernist design was too cold and rigid, not reponsive enough to human needs.

This observed coldness was what she spent her professional life reacting to in her own work. Instead of this austerity of form, she instilled into her work wit, humor and a sense of humanity. Her approach was not about objects as cold hard machines but objects with more human warm appeal.

In Budapest, Ms. Zeisel exhibited her work at local trade fairs. This brought her to the attention of Hungarian ceramic manufacturers, who commissioned several collections by her.

In 1928, a ceramics manufacturer in Schramberg, Germany, commissioned her to design tableware. This job transformed her from a studio artist into an industrial designer. She now had to carefully draft her designs. Their success would be based not only on their aesthetic appeal but on their ability to be mass-manufactured as well as merchandised effectively.

Ms. Zeisel moved to Berlin in 1930. There she took part in the vibrant intellectual life and cafe society of the Weimar Republic. On a visit to Ukraine in 1932, she was exposed in the emerging Soviet Union to new design possibilities in a socialist state.

Highly adventurous, soon she began work at the former imperial porcelain factory in Leningrad. There she soon realized through exposure to its archives of 18th-century tableware that modern design could be combined with sensuous, classic shapes. This notion informed Zeisel’s aesthetic signature. From then on, her forms became strongly contemporary while being lyrical.

In 1935, she was the artistic director of the Soviet ceramics and glass industry. In 1936, Zeisel was falsely arrested and spent 16 months in a Soviet prison after being accused of participating in an assassination attempt on Josef Stalin. Somehow, through strength and fortitude, she survived 12 of those 16 months spent in solitary confinement.

“You feel the difference first in the way you see colors,” she wrote later of the awful deprivations of her grim prison stay.

In 1937, she was released without explanation and expelled from the country. She then went to Vienna. She left Austria for England on March 12, 1938, the day the Nazis entered. There she was reunited with Hans Zeisel, a lawyer and sociologist whom she had earlier met in Berlin. They soon married and emigrated to the United States.

Always a pragmatist, upon settling in the New York area, immediately (on her second day) she began contacting manufacturers about producing her designs. In 1939, she was hired by Pratt Institute to teach ceramics not as a craft but as a form of industrial design.

The Museum of Modern Art's Architecture and Design Department's director Eliot Noyes easily recognized her talent. He recommended her in 1940 to Castleton China when they asked MoMA to recommend a designer to create a modernist porcelain table service. Though the design was completed in 1943, actual production was delayed by the war until 1946.

Zeisel's resulting “Museum” table service was critically acclaimed yet commercially controversial. The design's simplicity stood out in a marketplace where formal china was expected to look "fancy." Yet the surrounding publicity brought to Ms. Zeisel many commissions and much sales success.

Her work was shown at MoMA in 1946, the first woman designer to have a one person exhibition.

Throughout the next decades, she continued to get commissions and be exhibited. In the last 15 years or so, she became something of a design and cultural phenomenon. Ms. Zeisel received numerous awards and special recognition. To many, she was a living design icon.

In her last few years, her keen mental faculties were still challenging to her various young assistants. And though her eyesight was fading, she still had her personal aesthetic feel and touch.

Over the last few decades, Eva Zeisel designed furniture, rugs and fabrics as well as her better known ceramics. All of her pieces have an elegant sense of play. she said that she enjoyed playing with design. This translates into a sense of delight that is infused in objects when they are viewed, handled and used.

With Eva Zeisel's passing at 105, there is over a century of design history that ends. However, she leaves a joy and playful passion coupled with intrinsic beauty in her designs that will continued to be celebrated well into the forseeable future.