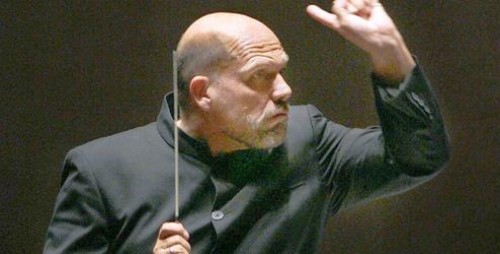 Jaap Van Zweden  has been appointed the new Music Director of the NY Philharmonic.

We have followed him with enthusiastic appreciation.  Van Zweden and the NY Phil ; Making the Case for Music;  Memorial Day with the Chicago Symphony.

Mr. van Zweden last appeared with the New York Philharmonic in October 2015 in concerts of Beethoven’s Fifth Symphony, Britten’s Sinfonia da Requiem, Op. 20, and Mozart’s Piano Concerto in A major, K.488, with the Philharmonic’s Artist-in-Association Inon Barnatan. Additional highlights of the 2015–16 season include return visits to the Orchestre de Paris and the Rotterdam and London Philharmonic Orchestras, as well as debut performances with the Accademia Nazionale di Santa Cecilia and the Czech Philharmonic. Mr. van Zweden returned to the Netherlands Radio Philharmonic in the fall of 2015 to lead a concert performance of Wagner’s Tristan und Isolde, and makes his debut at the Vienna Staatsoper in performances of Wagner’s Lohengrin in May.

Jaap van Zweden has made numerous acclaimed recordings, which include Stravinsky’s The Rite of Spring and Petrushka, Britten’s War Requiem, and the complete Beethoven and Brahms symphonies. He has recently completed a cycle of Bruckner symphonies with the Netherlands Radio Philharmonic. He has recorded Mahler’s Symphony No. 5 with the London Philharmonic (LPO Live), and Mozart Piano Concertos with the Philharmonia Orchestra and David Fray (Virgin). His highly praised performances of Lohengrin, Die Meistersinger, and Parsifal are also available on CD/DVD, the last of which earned Maestro van Zweden the prestigious Edison award for Best Opera Recording in 2012. For the Dallas Symphony’s own record label, he has released the symphonies of Tchaikovsky (Nos. 4 and 5), Beethoven (Nos. 5 and 7), Mahler (Nos. 3 and 6), and Dvorák (No. 9), and the world premiere recording of Steven Stucky’s concert drama August 4, 1964. Most recently released on Naxos is his recording with the Hong Kong Philharmonic of Wagner’s Das Rheingold.

In 1997, Jaap van Zweden and his wife, Aaltje, established the Papageno Foundation, the objective being to support families of children with autism. Over the years, that support has taken shape through a number of programs in which professional music therapists and musicians, receiving additional training from Papageno, use music as a major tool in their work with autistic children. Papageno House, a new home for autistic young adults and children, was opened in Laren, The Netherlands, in August 2015, with Queen Maxima in attendance.