Making the Case for Music at Chicago Symphony 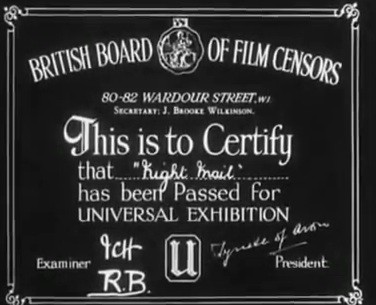 The film Night Mail was the first collaboration between Benjamin Britten and W.H. Auden. 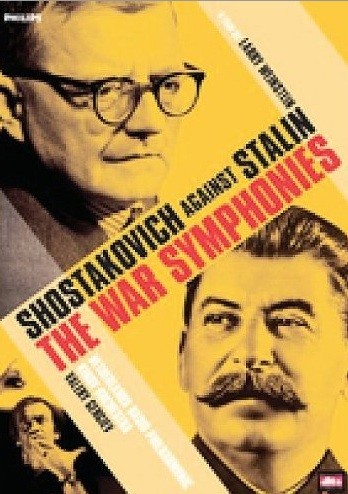 Shostakovich and Stalin. A tortured duet for the composer. 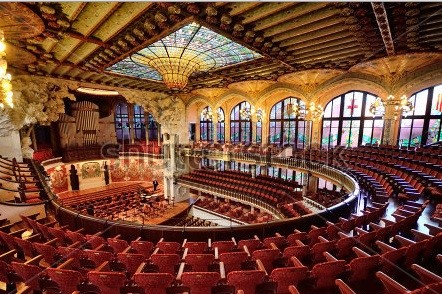 Barcelona, where Benjamin Britten first heard Alvin Berg's Violin Concerto and was inspired to write his own.

As orchestras struggle to be relevant in the 21st century, a trifecta of concerns emerge. New concert goers bring different expectations of the concert experience. Technology presents new creative opportunities. The demographic changes in the US population add urgency to the need for diversify in the repertoire performed.

At the heart of the effort to engage new audiences is story telling. Opera has a huge advantage here, because operas tell stories and can draw people in with immediate humanistic concerns.

In Joyce Di Donato’s moving graduation speech at Juilliard, she talks about a fifth grade boy in Utah who watched the HD transmission of La Cenerentola from the Metropolitan Opera. His teacher wrote Di Donato (The Cinderella of the opera) : “One of my boys … a 5th grader… wrote in his review this morning that one of his favorite parts (besides the spaghetti food-fight scene) was where at the end you were singing about getting revenge, and how he really liked that your revenge was going to be forgiveness. This boy was new to our school this year, has a beautiful singing voice, and has been teased a lot. I have seen him getting more and more angry as the year was coming to a close and today it seemed like all that had disappeared. It was very moving for me to experience.”

In Chicago, Jaap van Zweden, current conductor of the Dallas and Hong Kong symphonies, has been presenting a program entited “Truth to Power.” Featured composers are Benjamin Britten, Serge Prokofiev and Dmitri Shostakovich.

One evening’s program included Britten’s Violin Concerto and Shostakovich’s 5th Symphony, the famous answer to Stalin’s purging of the composer's best friend. The CSO presented a pre-concert program in its elegant Grainger Room which overlooks the gardens of the Art Institute.

Films for which Britten had written and performed the score on the piano were screened. Funded by the Postal service in pre-war Britain, they were made on the cheap, but well. A dramatic 10 minute excerpt on coal workers had Britten plucking the piano with whatever implement was at hand, water gushing over the recording room floor when its sound was required, and clangs and ding dongs inserted wherever they added texture. Short takes on the creation of a postage stamp, and the mail delivery (Night Mail) accompanied by a W.H. Auden poem, which has the incessant beats of Poe:

Letters of thanks, letters from banks,â€¨Letters of joy from girl and boy,â€¨

To inspect new stock or to visit relations,â€¨

And gossip, gossip from all the nations,â€¨

Britten was a gifted pianist and he brought many of the visual images we associate with the film form into his music, making it very much part of the 20th and 21st centuries, where film is the form of the day.

Shostakovich’s pictures come from images of the Gulag, from Stalin’s purges and a composer who stayed in Russia because it was homeland. If it is difficult to imagine the draw of home for an artist, remember the touching poems of the Polish Nobelist, poet Czeslaw Milosz. Other composers left Russia. Shostakovich could not, although he slept some nights by the elevator in his building so if he was arrested he would not disturb his family.

Do the words and stories make the music?  Hardly. The compelling performances of the Chicago Symphony, its guest conductor Jaap Van Zweden and guest artist Simone Lamsma on her 'ex Braga Strad' could easily stand alone.

For an audience being introduced to this music, the stories embed the experience, making it more accessible. Lamsma is a stunning violinist, but knowing that Jascha Heifetz proclaimed the Britten Concerto unplayable adds to the thrill of her performance.

Knowing that Benjamin Britten was bowled over by Alvin Berg’s Violin Concerto which he heard performed in Barcelona and then was inspired to write his own for a Spanish violinist friend gives us a deeper sense of the composition’s drive.

The Shostakovich story has unfolded over the past ten days in Chicago. The Fifth Symphony is more formal than his other works. Its contrasts, the beautiful flute solos performed by Mathieu DuFour, inarguably the world’s greatest flutist, and the horns, the trombones, the clarinet and bassoons all fill the ears and heart. The conductor’s intensity and smiles he shares with the harpist, with whom he has obviously worked with on a particular pluck approach which succeeds in concert, all add to the pleasure.

Some have interpreted Di Donato’s address as a call to marginalized individuals to step into the world of the creative and performing arts. This is not at all what she is saying. The work, the effort, sometimes requited and sometimes not, is what the journey is all about.

Music really is for everyone and as its story unfolds in contemporary performance, listeners will be engaged and uplifted. The Chicago Symphony under its guest conductor Jaap van Zweden make the case compellingly.