WTF and Barrington Stage Among Nominees 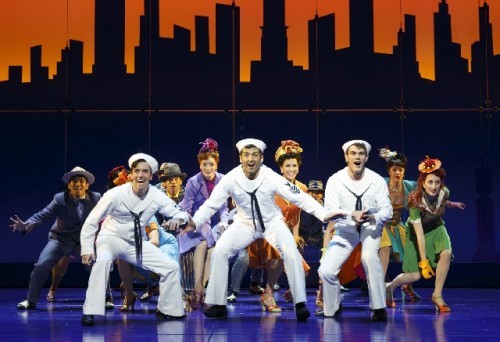 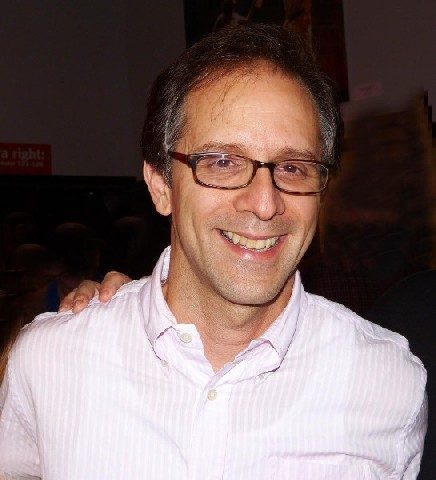 John Rando is nominated for directing On The Town. Giuliano photo. 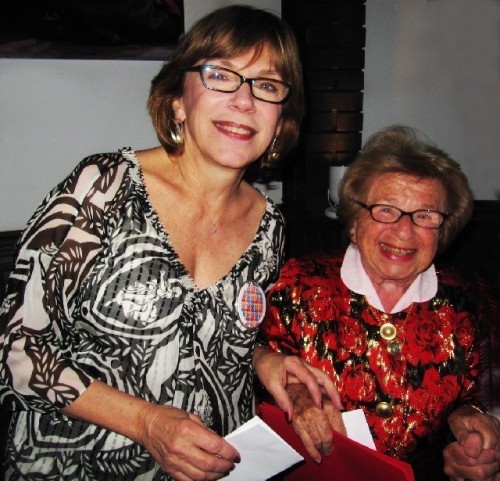 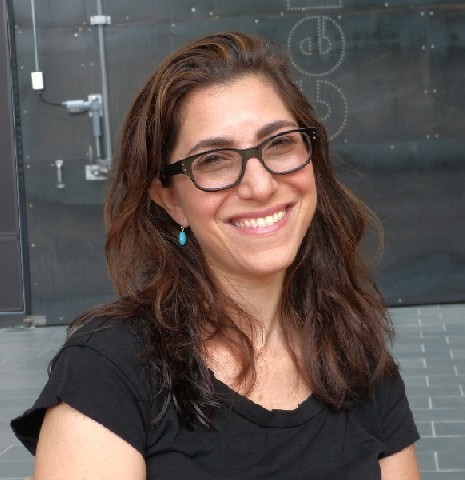 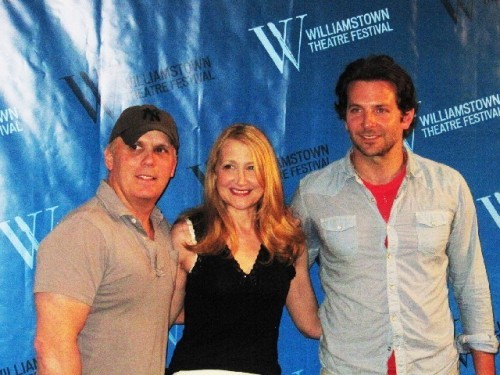 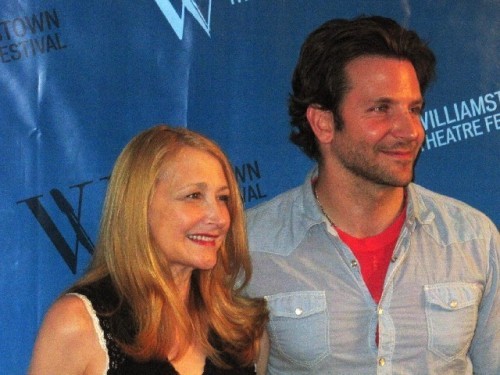 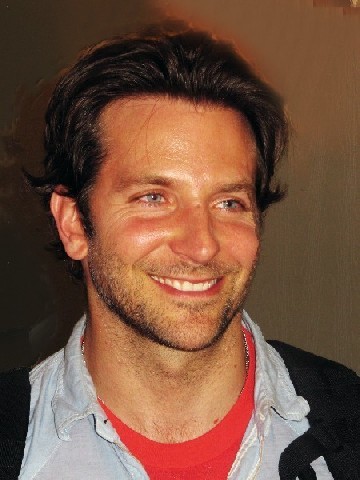 Cooper is the odds on favorite to take home a Tony. Giuliano photo. 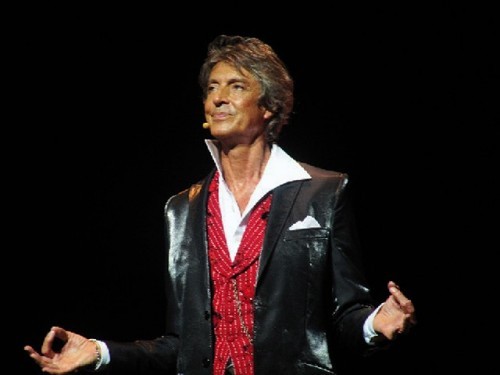 There are many obstacles  involved in developing productions for Broadway. Then there are challenges in sustaining them particularly during the dead zone after the Holidays season. This past winter was particularly harsh and tough for theatres.

That means weeks when producers have a hard time making payroll particularly for expensive musicals with many mouths to feed. There are risks involved in absorbing losses and mounting debt to stay up and running hoping for a life sustaining Tony Award.

This has been particularly difficult for a large and incredibly ambitious, spectacular production of On the Town, an early work by Leonard Bernstein which transferred from the intimate Barrington Stage Company to one of the largest theatres on Broadway. If it manages to win a Tony for Best Revival of a Musical it should have the legs to hang around perhaps even for a year or more. Everyone loves a winner.

What has been particularly ballsy on the part of Julianne Boyd, the artistic director of Barrington Stage, is that the musical has no marquee stars. On the Town has nominations for Best Revival of a Musical, Tony Yazbeck for leading actor in a musical (trust me he was Fabulous), Best Director John Rando, and Joshua Bergasse for choreography. We loved his choreography for the underappreciated former TV series Smash.

When Jenny Gersten stepped down from Williamstown Theatre Festival for a time she took a position at New York's High Line. Currently she is taking a break but hopefully a return to theatre is inevitable. Her remarkable legacy at WTF is evident in two productions with mutiple nominations Elephant Man and The Visit. Because of many career demands in film there was a limited run of Elephant Man starring Bradley Cooper. Rightly so it sold out its Williamstown run. Who will ever forget that amazing and physically demanding performance?

Chita Rivera, now in her 80s, struggled for years to get the last Kander and Ebb musical The Visit to Broadway. In addition to her nominated performance it is up for Best Musical,  Best Book for a Musical,  Best Score for a Musical and Best Lighting Design.

Special Tony Award for Lifetime Achievement in the Theatre goes to Tommy Tune. We are still laughing about the hilarious interview with him when he performed at the Colonial Theatre in Pittsfield.

Best Musical
"An American in Paris"
"Fun Home"
"Something Rotten!"
"The Visit"

Best Performance by an Actor in a Leading Role in a Play
Steven Boyer, "Hand to God"
Bradley Cooper, "The Elephant Man"
Ben Miles, "Wolf Hall Parts One & Two"
Bill Nighy, "Skylight"
Alex Sharp, "The Curious Incident of the Dog in the Night-Time"

Best Performance by an Actor in a Leading Role in a Musical
Michael Cerveris, "Fun Home"
Robert Fairchild, "An American in Paris"
Brian d'Arcy James, "Something Rotten!"
Ken Watanabe, "The King and I"
Tony Yazbeck, "On the Town"

Best Performance by an Actress in a Leading Role in a Musical
Kristin Chenoweth, "On the Twentieth Century"
Leanne Cope, "An American in Paris"
Beth Malone, "Fun Home"
Kelli O'Hara, "The King and I"
Chita Rivera, "The Visit"

Best Performance by an Actress in a Featured Role in a Play
Annaleigh Ashford, "You Can't Take It With You"
Patricia Clarkson, "The Elephant Man"
Lydia Leonard, "Wolf Hall Parts One & Two"
Sarah Stiles, "Hand to God"
Julie White, "Airline Highway"

Best Scenic Design of a Play
Bunny Christie and Finn Ross, "The Curious Incident of the Dog in the Night-Time"
Bob Crowley, "Skylight"
Christopher Oram, "Wolf Hall Parts One & Two"
David Rockwell, "You Can't Take It with You"

Best Scenic Design of a Musical
Bob Crowley and 59 Productions, "An American in Paris"
David Rockwell, "On the Twentieth Century"
Michael Yeargan, "The King and I"
David Zinn, "Fun Home"

Best Costume Design of a Musical
Gregg Barnes, "Something Rotten!"
Bob Crowley, "An American in Paris"
William Ivey Long, "On the Twentieth Century"
Catherine Zuber, "The King and I"

Best Lighting Design of a Musical
Donald Holder, "The King and I"
Natasha Katz, "An American in Paris"
Ben Stanton, "Fun Home"
Japhy Weideman, "The Visit"

Best Direction of a Play
Stephen Daldry, "Skylight"
Marianne Elliott, "The Curious Incident of the Dog in the Night-Time"
Scott Ellis, "You Can't Take It with You"
Jeremy Herrin, "Wolf Hall Parts One & Two"
Moritz von Stuelpnagel, "Hand to God"

Best Direction of a Musical
Sam Gold, "Fun Home"
Casey Nicholaw, "Something Rotten!"
John Rando, "On the Town"
Bartlett Sher, "The King and I"
Christopher Wheeldon, "An American in Paris"

Best Choreography
Joshua Bergasse, "On the Town"
Christopher Gattelli, "The King and I"
Scott Graham & Steven Hoggett for Frantic Assembly, "The Curious Incident of the Dog in the Night-Time"
Casey Nicholaw, "Something Rotten!"
Christopher Wheeldon, "An American in Paris"

Recipients of Awards and Honors in Non-competitive Categories