Our Latest Berkshire Review of the Arts for June 1-20

Your Guide to the Berkshire's Best in Theatre, Music, Dance 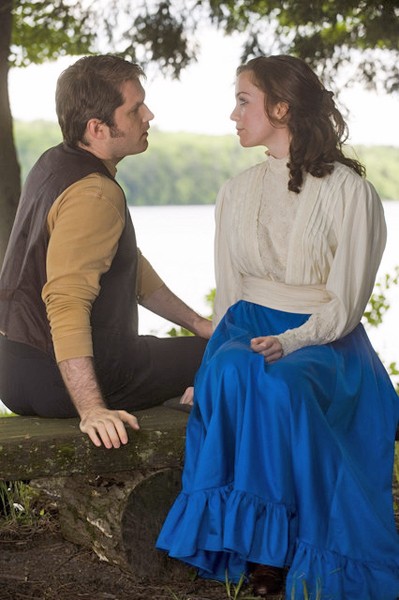 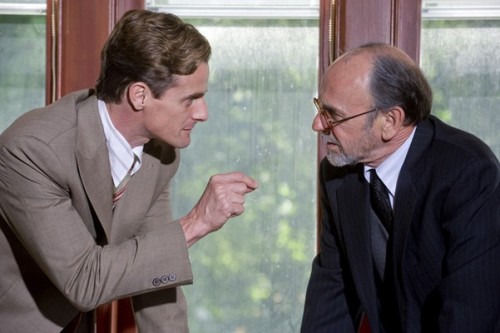 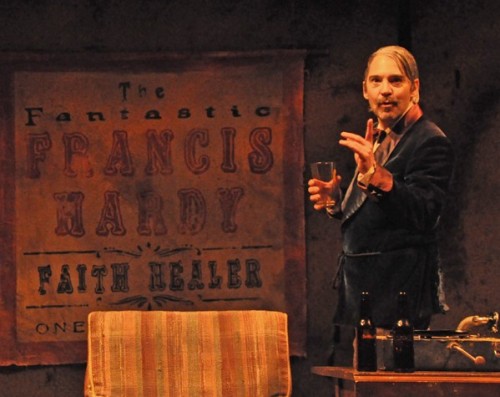 David Adkins is delightful as Teddy the business manager of the Faith Healer at the Berkshire Theatre Festival’s Unicorn Theatre. Plays to July 4. Jaime Davidson Photo. 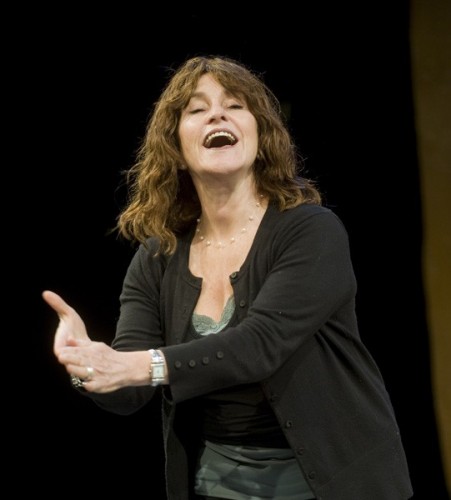 Penny Kreitzer is pretty much a one woman show in The Actors Rehearse, The Story of Charlotte Salomon at Shakespeare & Company June 3-14. Kevin Sprague Photo. 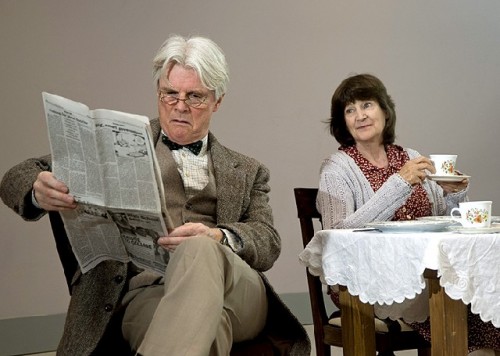 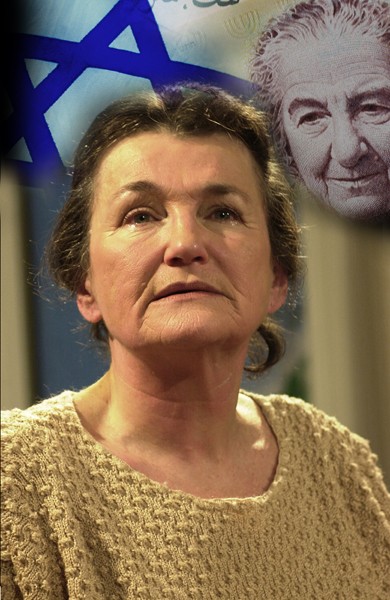 Annette Miller portrays Golda Meir so convincingly inn Golda’s Balcony she won an Elliot Norton Award for it. At Shakespere & Company from June 17 to July 3. 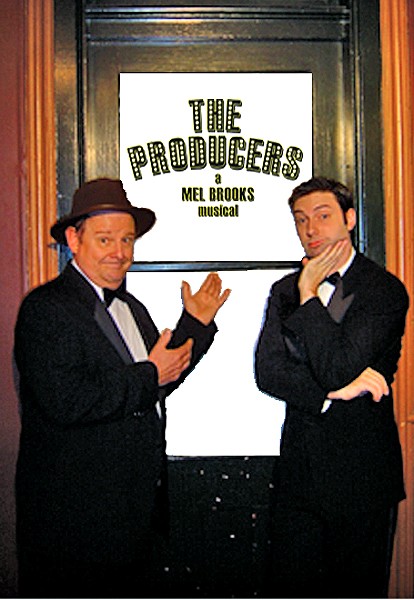 The Producers arrives at the Colonial Theatre June 4-6 for what will likely be a sold out run. 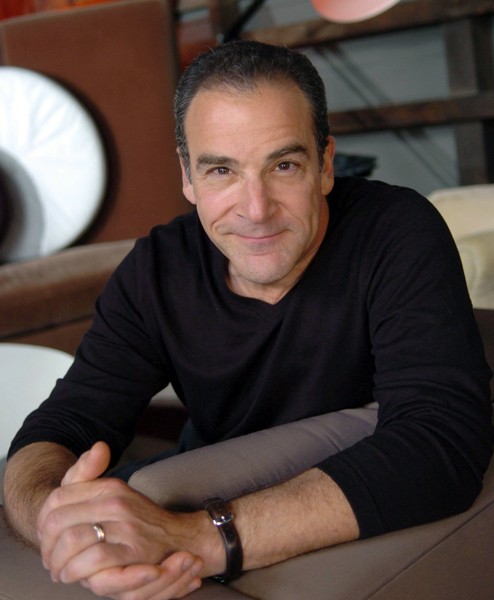 Most people know Mandy Patinkin as an Emmy winning TV star, but he is a Broadway legend as a singer. He makes a first ever Berkshire appearance at the Colonial on June 13. 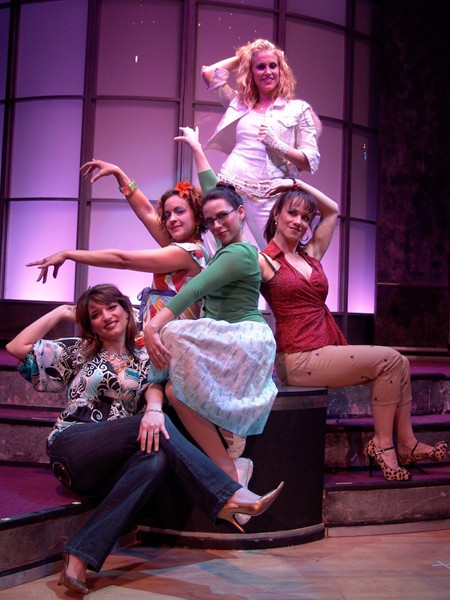 Girls Night Out is a tell-it-like-it-is celebration of women. At the Colonial Theatre June 18-20. 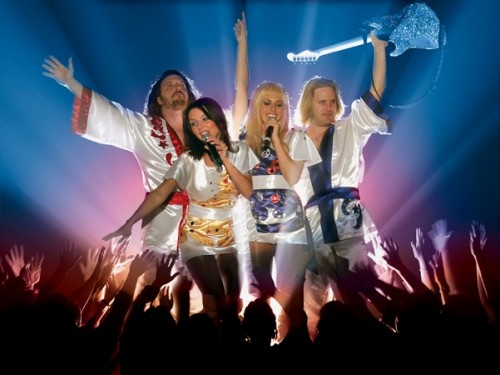 ABBA is Bjorn Again at the Mahaiwe Performing Arts Center in Great Barrington.

Is there a musical that has escaped the notice of Forbidden Broadway? Their hilarious and satirical show that sends up the greatest musicals - and plays - arrives at the Mahaiwe for one night only, June 6. 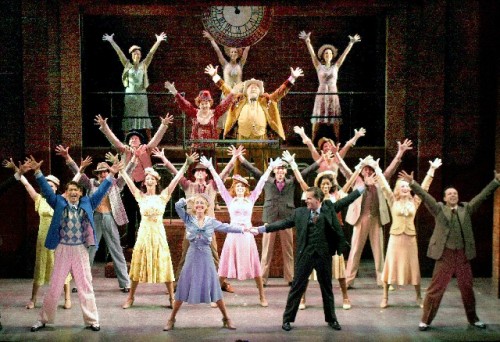 The Goodspeed’s lavish and lively 42nd Street is worth a drive to East Haddam, Connecticut. Through July 4.

Welcome to the Berkshires.

Best of the Berkshires

FREUD'S LAST SESSION: June 10 - 28. Presented last summer on BSC's Stage 2 as a staged reading, Freud's Last Session is based on Dr. Armand Nicholi's The Question of God, which was presented as a two-part PBS television presentation in 2004.  After escaping the Nazis in Vienna, legendary psychiatrist Dr. Sigmund Freud invites a young, little known professor, C.S. Lewis, to his home in London. Lewis expects to be called on the carpet for satirizing Freud in a recent book but the dying Freud has a more significant agenda. On the day England entered WW II, Freud and Lewis clash on the existence of God, love, sex and the meaning of life Â– only two weeks before Freud chose to take his own. With Mark H. Dold and Martin Rayner. Stage II.

CAROUSEL: June 17 - July 11 Rodgers and Hammerstein's masterpiece tells the bittersweet love story between the carnival barker roustabout Billy Bigelow (Aaron Ramey) and the naïve young mill worker Julie Jordan (Patricia Noonan). The glorious score includes "June is Bustin' Out All Over," "If I Loved You" and "You'll Never Walk Alone." Carousel, with its flawless blend of song and scenes, was Rodgers and Hammerstein's favorite score. Main Stage.

FAITH HEALER: Now to July 4. Faith Healer, reviewed here, written by Brian Friel and directed by Eric Hill stars David Adkins, Colin Lane (making his BTF debut) and Keira Naughton. Francis Hardy has an unusual job. He, his wife, Grace, and his loyal manager, Teddy, travel across the British Isles performing a series of almost vaudevillian faith healings. But like any professional, Hardy begins to worry about losing his talent, or whether or not he ever really had one. The strain is felt by his wife, observed by his manager, and so grips Francis that he becomes obsessed with curing the incurable, no matter the cost. Unicorn Theatre.

BROADWAY BY THE YEAR: June 18-  27. Since 2002, this critically acclaimed cabaret series has become what Show Business Weekly deems, "Â…an invaluable and entertaining jewel in the cabaret crown of New York". For the first time ever, this amazing evening of show tunes from Broadway's glorious past is presented in the Berkshires. Main Stage.

ROMEO AND JULIET: Now through June 7. The company's touring company of Romeo and Juliet is a delight as directed by Youth Programs Director Jonathan Croy. This popular, electric and invigorating take on William Shakespeare's Romeo and Juliet has been wowing audiences across the northeast since January, and finishes its remarkable run with these special performances. The cast includes Paul D'Agostino, Ben Brinton, Kaitlin Henderson, Alyssa Hughlett, Kelley Johnston, Sean Kazarian and Daniel Kurtz. At the Bernstein Theatre.

THE ACTORS REHEARSE THE STORY OF CHARLOTTE SALOMON: June 3 -14.  a workshop presentation of an original play by David Bridel, Penny Kreitzer and Jonathan Rest that conveys the artistic journey and ultimate tragedy of Charlotte Salomon, by tracing her life story through the relationship she had with her stepmother, opera singer Paula Lindberg.  Structured as a play-within-a-play, it recounts the short life, inspiration and astonishing artwork of Charlotte Salomon, a young German painter who fled Berlin in 1939 to live with her grandparents in Vichy, France before it was occupied by the Nazis. At the Bernstein Theatre.

GOLDA'S BALCONY: June 17 - July 3. Hailed by critics when premiered at Shakespeare & Company in 2002, a beautiful and inspiring piece that brims with wisdom. The lioness mother who stood against history to create a free nation. Written by William Gibson and directed by Daniel Gidron, it features Annette Miller, Elliot Norton Award-winner for Best Solo Performance as Golda Meir. Bernstein Theatre.

42ND STREET: A little further afield, but worth investigating, is Goodspeed Musicals, the only two-time Tony Award winning theatre in the country. They have extended their incredible production of 42nd Street through July 4. The Goodspeed is a delightfully intimite venue whose productions are legendary, often ending up on Broadway.  Immediately following 42nd Street is Camelot directed by Rob Ruggiero beginning July 10. Look for our in-depth talk with him about this show slated to appear later this month.

THE PRODUCERS: June 4 - 6. Based on the classic 1968 movie, Mel Brooks' The Producers is an outrageous and hilarious  musical comedy about two scheming Broadway theatrical producers. The winner of 12 Tony Awards, The Producers will have you holding your sides with laughter as Max Bialystock, Leo Bloom and a cast of outrageous characters sing and dance their way through the greatest showbiz scam ever devised!

MANDY PATINKIN: DRESS CASUAL. June 13. Before he was an Emmy-winning TV star, Mandy Patinkin was already a Tony-winning Broadway legend.  Read our advance story which predicts that this will be a powerful, passionate evening of popular song. From Irving Berlin to Stephen Sondheim, from Cole Porter to Harry Chapin, Mandy Patinkin takes audiences on a dazzling musical journey.

GIRL'S NIGHT: THE MUSICAL. June 18 - 20. A touching and hilarious tell-it-like-it-is look at the lives of five female friends, Girl's Night: The Musical promises to have audiences laughing, crying and dancing in the aisles! Packed with female anthems including, "Girls Just Want to Have Fun," "I Will Survive," "Lady Marmalade," and more songs that simply celebrate women!

BJORN AGAIN: WORLD'S GREATEST ABBA TRIBUTE BAND. June 5. It began in Australia and has become a worldwide phenomenon. This is one mighty popular, foot tapping show.  Bjorn Again takes a quite light-hearted approach to their portrayal of ABBA. While keeping pretty faithful to the songs themselves, the rest of the performance is something of a send-up or a parody. The band members talk among themselves and to the audience in a faux-Swedish accent, and they have stage names that resemble the original group member's names in a whimsical way: Agnetha Falstart, Benny Anderwear, Frida Longstokin, and Bjorn Volvo-us. The band is supported by the bass guitarist Rutger Sonofagunn and the drummer Ola Drumkitt.

FORBIDDEN BROADWAY: June 6. The show is a cabaret revue sharply spoofing show tunes, characters and plots of contemporary and current Broadway musicals. Forbidden Broadway also targets famous Broadway actors, writers, composers, directors, choreographers and producers - everyone is fair game in this fun romp through "who's who". Mr. Alessandrini, who writes each show and directs them, usually with Phillip George, stated that he takes pleasure in spoofing serious and substantial shows like "Spring Awakening" (whose star, Duncan Sheik, played The Mahaiwe on Saturday November 15,2008) and Mr. Sondheim's works.

BERKSHIRE PLAYWRIGHT'S LAB: June 10. The The Berkshire Playwright's Lab presents an innovative and entertaining series of readings, workshops and staged readings of new plays by writers known, and unknown. Also July 1, July 15, July 29, August 12, August 26 and September 16 at the Mahaiwe.

WALLY CARDONA: REALLY REAL. June 6. Dance. Wally Cardona creates vast works about people, relationships and feeling in a complex world. Here he collaborates with composer Phil Kline on a powerful new exploration with no other design beyond a bare stage, people, light and dark, creating something simultaneously abstract and about nearly everything - including youth, beauty, love, death, sex and power.  Hunter Center.

SECRET AGENT 23 SKIDOO: Jne 13. Kids Event. By combining the world of infectious beats and rhymes that he grew up on with the magical realm of childhood, Secret Agent 23 Skidoo aims to introduce kids to hip hop without compromising either one. Club B-10.

THE SECOND ANNUAL BERKSHIRE SALON: Now to June 21. A wonderful array of new works in a variety of media by Berkshire artists from the Eclipse Mill and beyond. The current show is described and reviewed here.

FREE ADMISSION FOR BERKSHIRE RESIDENTS. June 13 - 14. A picturesque expanse of farm, field, and woodland. The fully restored Village includes 20 historic buildings, heirloom medicinal and vegetable gardens, 22,000 examples of Shaker furniture, crafts, tools, and clothes that depict daily life at the Shakers' City of Peace through its 225 years, as well as heritage farm animals and spectacular gardens and hiking trails.