Accompanied by Paul Ford on Piano 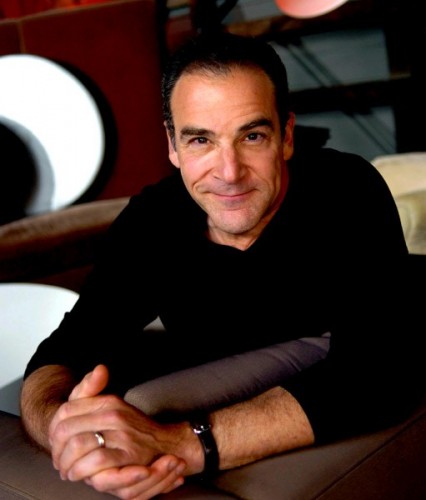 Broadway comes to Pittsfield when Mandy Patinkin performs at the Colonial Theatre.

Broadway's master songman, Mandy Patinkin, accompanied by Paul Ford on piano, will bring his critically acclaimed theatre concert to the Colonial for one performance only on June 13th at 8PM. Tickets for the performance are $75-$45 and can be purchased in person at the Colonial Ticket Office at 111 South Street Monday-Friday 10AM-5PM, performance Saturdays 10AM-2PM, by calling (413) 997-4444 or online at www.TheColonialTheatre.org

Tony and Emmy Award-winner Mandy Patinkin has an extensive list of theatre credits that include Broadway, Off-Broadway and regional theater.  He won a Tony Award for his 1980 Broadway debut as Che in Andrew Lloyd Webber's Evita and was again nominated in 1984 for his starring role in the Pulitzer Prize winning musical Sunday in the Park With George.  He returned to Broadway in the Tony Award-winning musical The Secret Garden (1991), appeared as Marvin in Falsettos (1992) and in 1997 played a sold-out engagement of his one-man concert, Mandy Patinkin in Concert, with all profits benefiting five charitable organizations. Mandy's other solo concerts, Celebrating Sondheim and Mamaloshen have been presented on Broadway, Off-Broadway and have toured the United States .  His other stage credits include The Wild Party (Tony and Drama Desk nominations), The Winter's Tale, The Knife (Drama Desk nomination), Leave it to Beaver is Dead, Rebel Women, Hamlet, Trelawney of the 'Wells,' The Shadow Box and Henry IV, Part I.

Mandy won a 1995 Emmy Award for his critically acclaimed performance in the CBS series "Chicago Hope," and recently starred in the CBS series Criminal Minds as FBI profiler Jason Gideon and in the Showtime Original Series Dead Like Me as the reaper Rube Sofer.  His other television appearances include the role of Kenneth Duberstein in the Showtime film Strange Justice, playing Quasimodo opposite Richard Harris in the TNT film presentation of The Hunchback, and a film version of Arthur Miller's Broken Glass for BBC/WGBH-Boston.  Feature film credits include: Everyone's Hero, Choking Man, Pinero, Elmo In Grouchland, Men with Guns, Lulu on the Bridge, The Princess Bride, Yentl, The Music of Chance, Daniel, Ragtime, Impromptu, The Doctor, Alien Nation, Dick Tracy, The House on Carroll Street, True Colors, Maxie, and Squanto: Indian Warrior.

Mr. Patinkin's live performances have received wide critical acclaim. Pamela Sommers of the Washington Post wrote, "The most arresting thing about Patinkin is the conversational, often impassioned quality of his singingÂ…you find yourself listening like you've never listened before." Clive Barnes of the New York Post called Mandy "the greatest entertainer on Broadway todayÂ—period." In the New York Daily News, Howard Kissel called his performance, "the most exciting time I've had in the theatre in ages.  He could single-handedly revive the American musical theatre." And the London Evening Standard called him, "a master entertainer of a type once thought to be extinct."

In 1989, Mandy began his concert career at Joseph Papp's Public Theater.  This coincided with the release of his first solo album entitled Mandy Patinkin.  Since then he has toured extensively, appearing to sold-out audiences across the United States , Canada , London and Australia , performing songs from writers including Stephen Sondheim, Rodgers and Hammerstein, Irving Berlin, Randy Newman, Adam Guettel and Harry Chapin, among others.  In 1990 he released his second solo album entitled Mandy Patinkin In Concert: Dress Casual on CBS Records.  His 1994 recording, Experiment, on the Nonesuch label, features songs from nine decades of popular music from Irving Berlin to Alan Menken.  Also recorded on the Nonesuch label is Oscar & Steve and Leonard Bernstein's New York.  In 1998, he debuted his most personal project, Mamaloshen, a collection of traditional, classic and contemporary songs sung entirely in Yiddish. The recording of Mamaloshen won the Deutschen Schallplattenpreis ( Germany 's equivalent of the Grammy Award). In 2001, Nonesuch Records released Kidults, a collection of beloved songs, designed Â—as the title suggestsÂ—for the kid in every adult.  And, in 2002, Nonesuch Records released Mandy Patinkin Sings Sondheim, a figurative journey through Sondheim's music and lyrics.

PAUL FORD was the original pianist for the Broadway productions of Stephen Sondheim's Sunday in the Park with George, Into the Woods, Passion, Assassins, the revival of Pacific Overtures and the Tony award winning revival of Assassins. His other Broadway credits include the current revival of Pal Joey, Curtains, 110 in the Shade (revival), Tom Sawyer, High Society, The Rink, Rags, A Day in Hollywood / A Night in the Ukraine, The Secret Garden, and Falsettos. Mr. Ford was the pianist for the acclaimed Follies concert at Lincoln Center, the Carnegie Hall concert performances of A Sondheim Tribute, Anyone Can Whistle, and A Little Night Music with the Philadelphia Symphony, Gypsy with Patti LuPone and the Chicago Symphony, and episodes of PBS' "My Favorite Broadway," all under the baton of Paul Gemignani. Last year he played for the televised production of Camelot with the NY Philharmonic and Show Boat at Carnegie Hall.  Paul has accompanied Mr. Patinkin in Mandy Patinkin: Dress Casual at the Public Theater and on Broadway in Mamaloshen and Celebrating Sondheim, and continues to work with him on all of his recordings and national/international tours.

To Purchase Tickets for Mandy Patinkin
Tickets for the performance are $75-$45 and can be purchased in person at the Colonial Ticket Office at 111 South Street Monday-Friday 10AM-5PM, performance Saturdays 10AM-2PM, by calling (413) 997-4444 or online at www.TheColonialTheatre.org