A Timely Guide to the Cultural Cornucopia 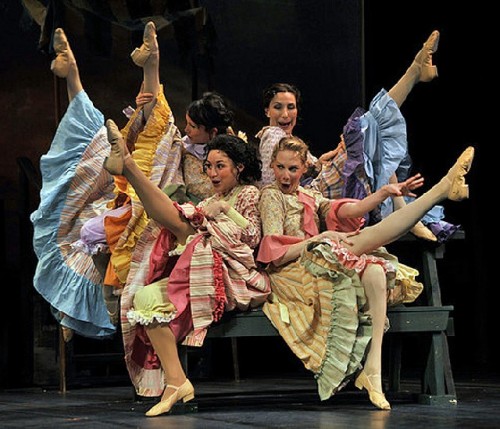 Rogers and Hammerstein's colorful musical Carousel is a hot ticket at the Barrington Stage Company. Photo by Kevin Sprague. 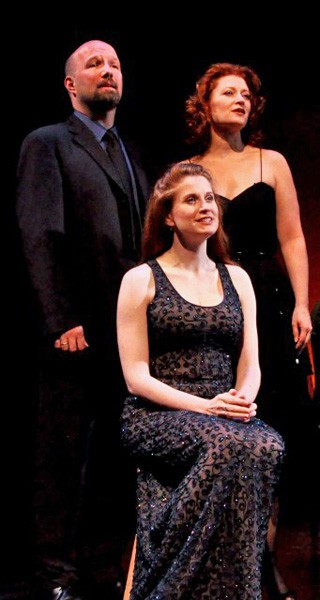 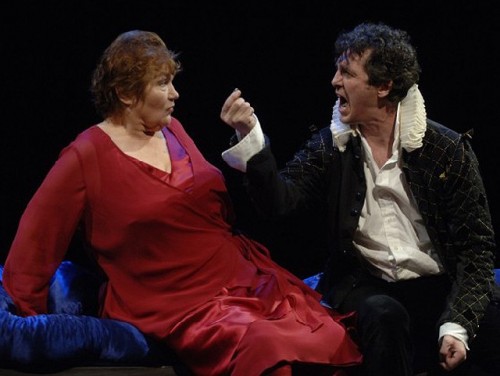 Hamlet returns from tour to its origins at Shakespeare & Company. Kevin Sprague Photo. 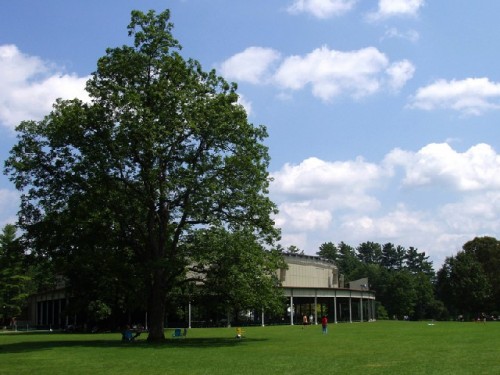 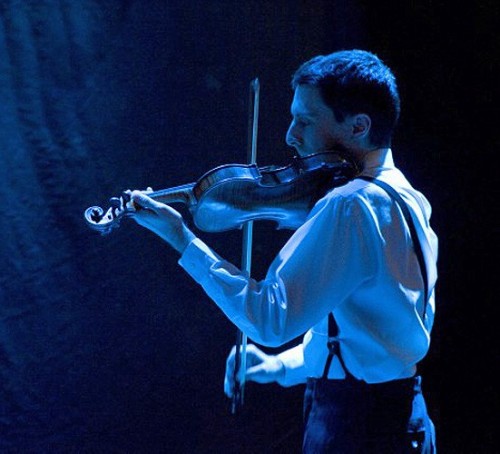 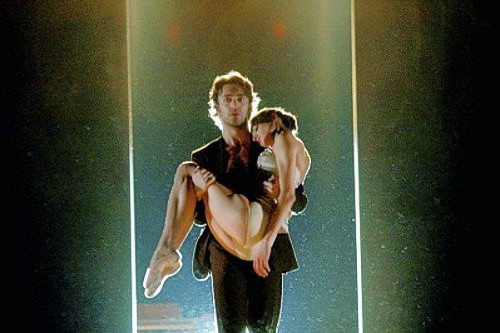 Radio and Juliet by Ballet Marinor is at the Jacob’s Pillow Dance Festival July 1-5. 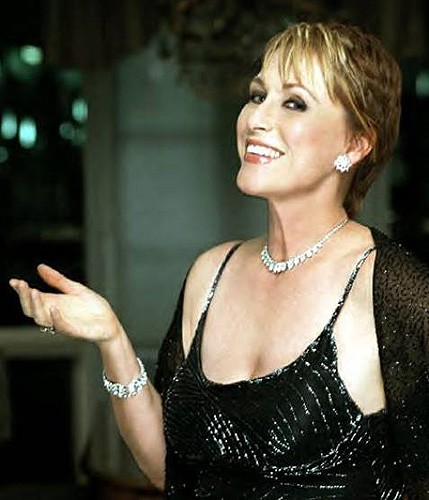 Cabaret songs with Amanda McBroom are on tap at Barrington Stage 2 on July 2 and 3. 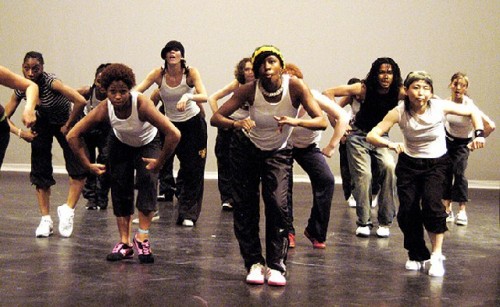 The July 5 free Inside/outside performance at the Pillow showcases the Hip Hop Continuum, part of the School at Jacob’s Pillow. 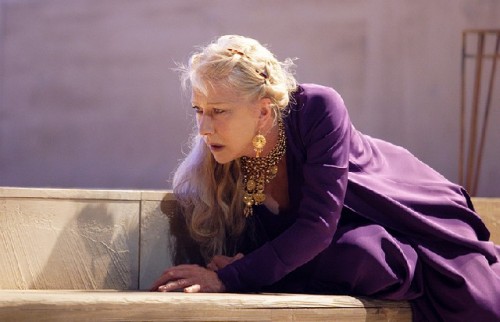 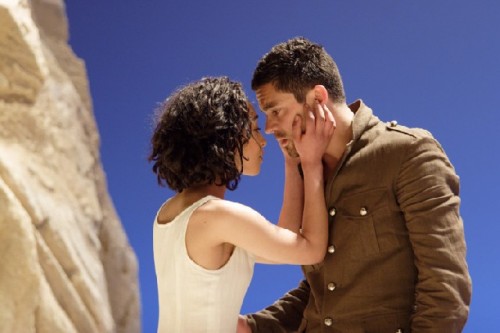 Also starring in Phedre are Ruth Negga as Aricia and Dominic Cooper as Hippolytus on June 25. 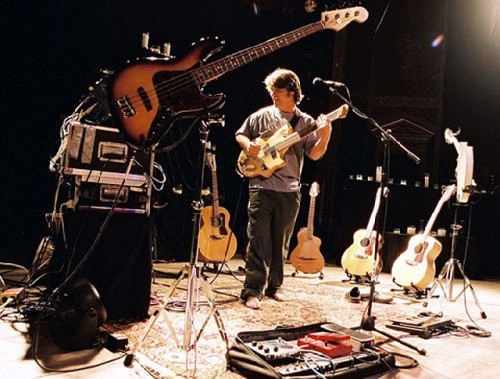 Appearing at the Mahaiwe on June 26, Keller Williams plays a most impressive array of instruments. 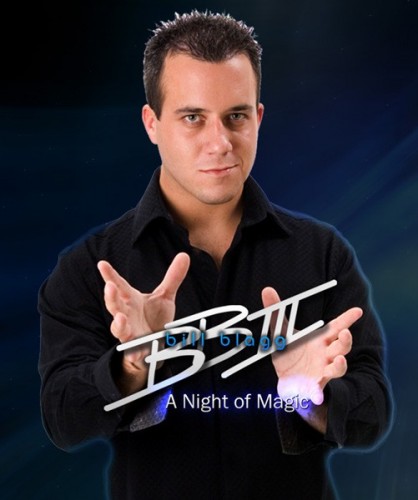 Bill Blagg’s magic show on July 5 at the Colonial Theatre has piqued our curiosity.

FREUD'S LAST SESSION: Extended to July 3. On the day England entered WW II, Freud and athiest turned believer C.S. Lewis clash on the existence of God, love, sex and the meaning of life Â– only two weeks before Freud chose to take his own. With Mark H. Dold and Martin Rayner. Stage II.  Here's our review.

CAROUSEL: Now through July 11.  Rodgers and Hammerstein's masterpiece tells the bittersweet love story between the carnival barker roustabout Billy Bigelow (Aaron Ramey) and the naïve young mill worker Julie Jordan (Patricia Noonan). The glorious score includes "June is Bustin' Out All Over," "If I Loved You" and "You'll Never Walk Alone." Carousel, with its flawless blend of song and scenes, was Rodgers and Hammerstein's favorite score. Main Stage.

AMANDA MCBROOM: Amanda McBroom's acclaimed cabaret act will light up Stage 2 on July 2 and 3 at 8 pm.  Amanda is a extraordinary songwriter and singer.  With Michele Brourman, this promises to be a rare evening of songs that will lift you, entertain you, move you and possibly even touch your soul.

FAITH HEALER: Now to July 4. Faith Healer is written by Brian Friel and directed by Eric Hill. It  stars David Adkins, Colin Lane (making his BTF debut) and Keira Naughton. Francis Hardy has an unusual job. He, his wife, Grace, and his loyal manager, Teddy, travel across the British Isles performing a series of almost vaudevillian faith healings. But like any professional, Hardy begins to worry about losing his talent, or whether or not he ever really had one. The strain is felt by his wife, observed by his manager, and so grips Francis that he becomes obsessed with curing the incurable, no matter the cost. Unicorn Theatre. Read our review.

BROADWAY BY THE YEAR: Now to June 27. Since 2002, this critically acclaimed cabaret series has become what Show Business Weekly deems, "Â…an invaluable and entertaining jewel in the cabaret crown of New York". For the first time ever, this amazing evening of show tunes from Broadway's glorious past is presented in the Berkshires. With Scott Coulter, Christine Noll, Kerry O'Malley and hosted by Scott Siegel. Main Stage.

THE EINSTEIN PROJECT: June 30 to July 18. The Einstein Project is a fascinating look at one of the titans of the 20th century: Albert Einstein. This truly unique theatrical experience seeks to humanize and contextualize a man that we all think we know. Through conversations with his son Edmund and his colleagues, we are able to truly visualize the man who, however reluctantly, ushered in the Atomic Age. With James Barry, Brandy Caldwell, David Chandler, Kyle Fabel, Jesse Hinson, Walter Hudson, Tommy Schrider, Miranda Hope Shea and C.J. Wilson. Main Stage.

GOLDA'S BALCONY: Now until July 3. Hailed by critics when premiered at Shakespeare & Company in 2002, a beautiful and inspiring piece that brims with wisdom. The lioness mother who stood against history to create a free nation. Written by William Gibson and directed by Daniel Gidron, it features Annette Miller, Elliot Norton Award-winner for Best Solo Performance as Golda Meir. Bernstein Theatre. Here is our review.

HAMLET: June 26 to August 28. Shakespeare's uncontested masterpiece played to packed houses at Shakespeare & Company in 2006, and returns for a limited run. With Jason Asprey as Hamlet, Tina Packer as Gertrude, Dennis Krausnick as Polonius and Nigel Gore as Claudius. Founder's Theatre. Read our interview with Director Eleanor Holdridge here.

OTHER EVENTS: There's a lot going on around the campus of Shakespeare & Company. There's the two-part "Toad of Toad Hall" presented during the afternoons which is adapted from The Wind in the Willows by A.A. Milne at the Rose Footprint Theatre and Bankside. Then there are daily Preludes which are sort outdoor performances. Finally there is the annual reading of the Declaration of Independence and celebration, a cherished Berkshire tradition. All are free. Check their website for specifics.

CHILDREN: July 1-12. The Williamstown season kicks off with Tony-nominee John Tillinger directing this timeless A.R. Gurney classic set in a large summer home on an island off the coast of Massachusetts. When an estranged brother's return and a mother's impending marriage recall painful memories of their father's death, seething arguments reignite one family's struggle with its tragic past and uncertain future.

June 26: Emerson String Quartet at Ozawa Hall at 8:00.
June 27: A Prairie Home Companion in the Music Shed at 5:45.
June 28: Juilliard String Quartet at Ozama Hall at 2:30.
July 2: Stephen Kovacevich, piano, at Ozawa Hall at 8:00.
July 3: Opening Night at Tanglewood with the BSO in the Shed at 8:30. James Levine conducts Tchaikovsky's Pathetique and Piano Concerto No. l with Yefim Bronfman.
July 4: Diana Krall performs in the Music Shed at 7:00.
July 5: Stravinsky and Brahms in the Shed at 2:30.
July 5: The Complete Beethoven Sonatas for Violin and Piano (Program 1) in Ozawa Hall at 8:00.

RADIO & JULIET by Ballet Marinor - July 1- July 5 at the Ted Shawn Theatre. You can read our preview here.

LAFA & Artists - July 1 to July 5 at the Doris Duke Theatre.

INSIDE/OUT: Is a series of shorter, free performances on an outdoor stage in the woods at 6:30 unless otherwise noted:

HERMAN'S HERMITS starring Peter Noone: Wednesday, June 24. At the age of fifteen, Peter Noone achieved international fame as "Herman," lead singer of the legendary '60s pop band Herman's Hermits. To date the band has sold over 60 million albums and continues to tour.

P.D.Q. BACH & PETER SCHICKELE: The Jekyll & Hyde Tour - Tuesday, June 30. Peter Schickele has kept audiences rolling in the aisles with his rib-tickling presentations of the alleged music of P.D.Q. Bach, classical music's answer to the Marx Brothers. You may get a laugh out of our pre-concert interview with Peter Schickele.

BILL BLAGG III: A Night of Magic - Sunday, July 5 at 2 and 7 PM. A Las Vegas style, family-show (ages 5 and up)  full of grand scale effects & illusions and unmatched audience interaction. Blagg breaks the mold of typical magicians. Some describe his show as The Second City meets David Copperfield.

PHEDRE IN HD: Thursday, June 25. From the National Theatre, London...from the stage to the big screen comes Phedre by Jean Racine in a version by Ted Hughes with Dame Helen Mirren in the title role. This is a much anticipated theatrical event. Consumed by an uncontrollable passion for her young stepson and believing Theseus, her absent husband, to be dead, Phedre confesses her darkest desires and enters the world of nightmare. When Theseus returns, alive and well, Phedre, fearing exposure, accuses her stepson of rape. The result is carnage.

KELLER WILLIAMS: Friday, June 26.  Keller solo leaves his band behind (at least for now) and demonstrates his prowess as a solo performer. The one-man-band has built a career on his uncanny ability to captivate a packed house - all by himself. For over 100 shows a year, "music's mad-scientist" has proven himself to be a master of improvisational performance art. In his one-man show, he pads barefoot from guitar to bass to percussion stations, using looping effects - and enough instruments to stock a strip-mall music store.

BERKSHIRE PLAYWRIGHTS LAB: Wednesday, July 1.  This wonderful free series continues as Daniel Winerman directs a staged reading workshop production of The Old Masters by Sam Marks. This new play concerns Ben, an unsatisfied artist-turned-teacher with a pregnant wife and a new house who receives an unexpected visit from a missing friend's lover, with a box of paintings in tow, which stirs up old dreams and desires. It is about creativity, growing up, and choosing between the life you have versus the life you've always wanted. Sam Marks was named one of "50 to Watch" by The Dramatist Magazine in 2007. The Old Masters will feature Jocelyn Greene and Miriam Silverman, both of whom have appeared with the series before.

DAN ZANE & FRIENDS: Sunday, July 5. Here's a show the kids will love. Dan Zanes & Friends are always cause for celebration, filled with singing and dancing to songs brimming with warmth, wisdom and wonderful music. The Grammy Award Winner is joined by his "beautifully scruffy, harmonically precise, spirited, and better-than-ever band" performing songs sung in a homespuns style giving you the feeling that a bunch of wildly talented friends and neighbors just got together to throw a party . . . and everyone's invited.

ROOMFUL OF TEETH: June 26. A group of eight young professional singers (trained in western classical vocal style) will perform after a residency with international experts in a range of styles--Tuvan throat singers, belting coaches from NYC, and a master yodler to name a few. Various composers, including Rinde Eckert, were commissioned to create music for the collaborative residency. The group is led by Williams College's Brad Wells. Club B-10.

BLONDE REDHEAD: June  27. Standing room only. Three vaunted NYC underground rockers have shape-shifted from dissonant noise explorations to ethereal, dreamy pop over the course of their career, changing styles from one album to the next and always inspiring intense devotion from their fans.  Courtyard or Hunter Center, depending on weather.

EUGENE MIRMAN: July 3. The comedian's credits include  Flight of the Conchords (he plays Eugene), Conan O'Brien, Comedy Central's Premium Blend, Cartoon Network's Adult Swim, and more -- he even played a potato on Food Network. Club B-10.