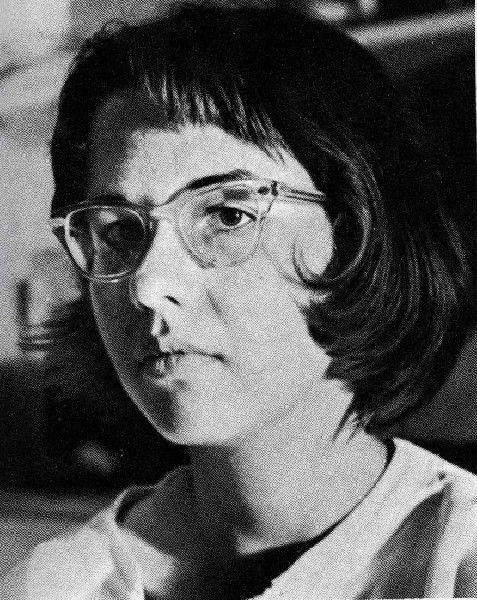 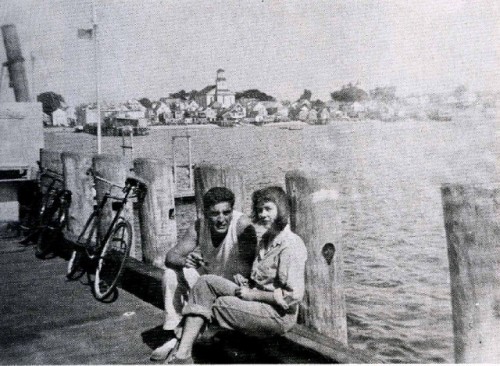 Yvonne and Dominic Falcone in P’Town. 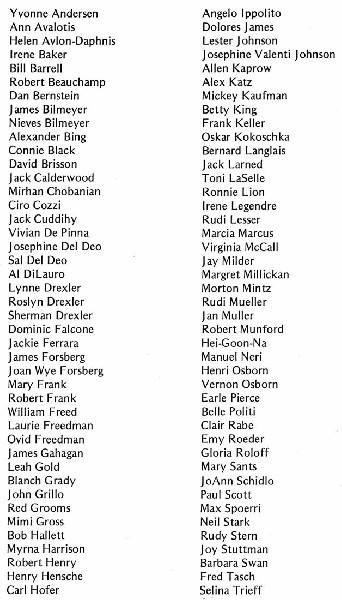 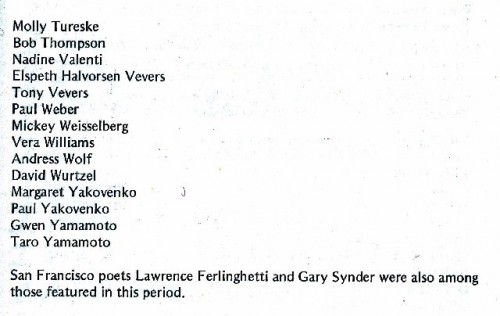 With her husband the poet Dominic Falcone, Yvonne Andersen, an artist and later filmmaker, co-founded the experimental Sun Gallery in Provincetown from 1955-59. Among the 100 artists they presented a significant group were included in the exhibition Pioneers from Provincetown: The Roots of Figurative Expressionism.

Organized by the independent curator, Adam Zucker, the exhibition was shown at the Provincetown Art Association and Museum from 19 July through 1 September, 2013. The catalogue included essays by Zucker, Charles Giuliano and Stephanie DeTroy who was co-curator with Zucker.

As research for the exhibition we interviewed Andersen and posted it as Part One and Part Two. Upon further reflection Andersen has written additional notes which appear below.

I have a bit of more detailed information for you. We did not show animation at the Sun Gallery.  We didn’t have a movie camera then. We had just one still photo camera which I had purchased for $11.00.

We took just one or two photos of most shows.

Here is the progression of our involvement with motion picture film.

In college, I saw a movie titled “Los Olvidados” (“The Forgotten Ones”).

At that point I realized that movies were an art form!  My husband Dominic Falcone already knew that when I met him in Provincetown 2 or 3 years later. We were both working at the Lobster Pot restaurant.

Some nights we attended programs of experimental films called “Focus On Films” in the center of town.  I remember sitting on hard church benches.   We began taking subscriptions to film magazines.

The winter before the 5th summer, we stayed in P’Town for the winter to await the birth of our first child in March.

To entertain and educate ourselves we started a film society called The Provincetown Film Study Group.  We rented mostly experimental films that we had never seen, to show to our members at the Provincetown Art Association.

We hired a professional projectionist from Turo to bring his 16mm projector to the Art.Association and run it.

We only had one animated film that winter, “The Emperor’s Nightingale” a stop motion film by Jiri.Trinka.

Our baby was born unexpectedly early so I missed the last program in March 1959.  At the end of that summer, we left the Sun Gallery. We thought we had done every thing we could think of to do in that arena, so it was time to do something different.

We returned to Boston, and had an additional baby. I bought a movie camera and started teaching myself to shoot documentary films.

I shot one at a laundry, one at Salisbury beach MA. and several episodes of my friends in New York, Lester Johnson, Alex Katz, Red  Grooms and Mimi Gross. We returned to P’Town one summer and I shot Tony Vevers, and Joan Wye (Forsberg) in her studio and and an opening of her work in a group show at a gallery, and also an artists’ party at Sal’s Place restaurant

We had returned to P’Town for two summers, not to run a gallery, but to run a film series.

The first year our films were shown mostly  at the Provincetown Community  Center, and the second year at the Front Street Gallery, across from Sal’s Place restaurant.

We were trying to show a variety of shorts: experimental, documentary, animation, with a few controversial features thrown in.

I noticed that animated films which were “painterly” or animation as fine art rather than cartoons, were hard to find, and rather expensive to rent. The idea occurred to me that I could make some animated films for our program.

I started experimenting. My first short finished animated film was “Spaghetti Trouble,” a 2 minute B/W animated film based on a paper movie made by Red Grooms. During this time I had been running a children’s art class in our apartment in Everett, MA. Just for the fun of it I showed my students the film. They wanted to make one also. That year we made “The Amazing Colossal Man,” a stop motion film with three dimensional characters.”

We showed it at the Harvard  Film Archive Programs. It was a big hit. Other schools wanted to show it. Apparently no one had done this with children before.

The next year my art class had doubled, but we were only making animated films. The Yellow Ball Cache made using “cut-out characters” was shown on a lot of television shows, and won prizes at international film festivals.

I was asked to write books. This went on for 20 years until I was asked to teach at RISD, and later became Department Head of Film/Animation/ Video.
I am now retired and working on a computer animated film.