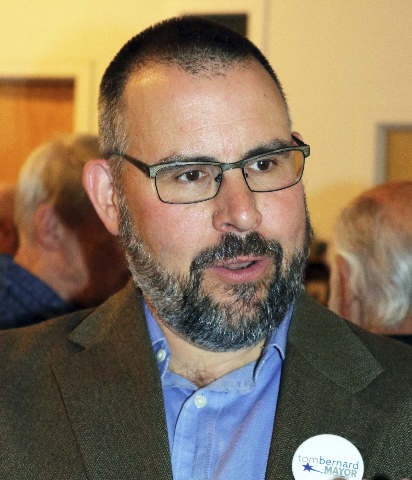 Tom Bernard is running for Mayor of North Adams. 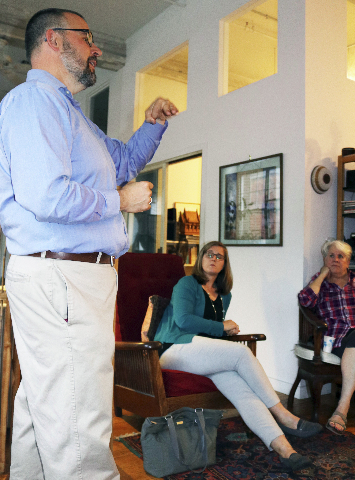 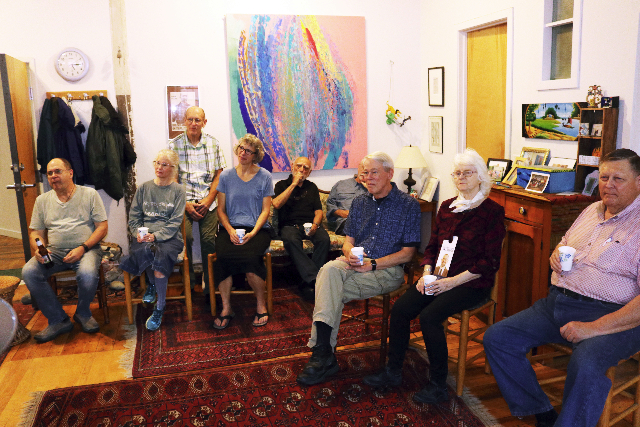 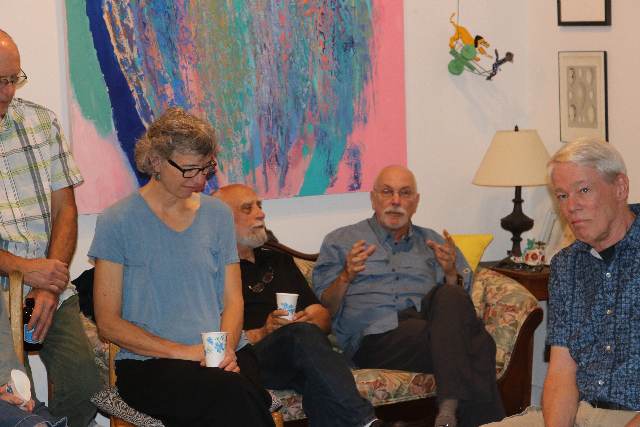 For the first time in  three decades there is an open race for Mayor of North Adams.

After three, two-year terms Dick Alcombright is stepping down. He defeated John Barrett III who served for just shy of three decades.

In other races there are 17 candidates for City Council and we have previously reported on the five running to serve the final year of State Representative, Gail Cariddi, who died in office.

On Tuesday, September 19, there will be a primary vote for Mayor. The field will be narrowed from five on the ballot to two. The tandem will square off for the November 7 general election.

Five names will be on the ballot for Mayor- Tom Bernard, Rachel Branch, Robert Martelle, Robert Moulton Jr. and Peter Oleskiewicz. Of these Oleskiewicz has withdrawn from the race. That may cause some confusion for voters.

Given an expectation of a very slight turnout anything is possible. The future direction of North Adams is likely to be decided by a handful of its residents. It will be a matter of 10s not 100s.

This point was made by candidate Tom Bernard during a meeting in the Eclipse Mill loft of Michael Bedford and Sarah Sutro. There was a mix of artists from the studio building as well as concerned citizens.

The couple has hosted similar events to meet candidates for past elections.

Similarly, on September 19, after polls close, potters Gail and Phil Sellers will host a meeting in their Eclipse Mill loft. Lisa Blackmer will state her case for State Rep.

Introducing and moderating the event, Bedford, a community activist, stated that he had known, worked with, and respected Bernard for the past seven years.

In every aspect Bernard is a favorite son candidate. He described being born in the local hospital attended Drury High School then Williams College. He served under Mary Grant when she was president of MCLA. When she left he took a similar position at Smith College.

Accordingly, he is well informed on the role of education for the community. A good part of the meeting addressed the issue of schools.

A concerned mother, who attended with her husband and two children, expressed that individuals recruited to the area to work at the colleges and museums are advised not to buy homes in North Adams because of its inferior school system.

She pointed out the equation of test scores and economic levels. In Williamstown, for example, 12% of students are below the poverty line. The state average is 18% while the level in North Adams is 40%.

In response Bernard stated that there is nothing wrong in the quality of education being provided. Issues result from the home conditions for kids attending schools. He ticked off bullet points from poor nutrition to parental addiction. "In some cases  kids come to school not having had a meal since the previous day" he said.

In follow-up the questioner honed in what “What are you going to do about it?”

There were related questions about opiod use which is a major issue in a city with a significant population with addiction to drugs and alcohol. Bernard spoke of coming at it in two ways combining law enforcement and treatment. He stated a need for “treatment for those living the disease and enforcement for those who prey on that illness.”

Questions ranged from big picture to as local as getting city sidewalks shoveled in the winter or proper cross walk signage.

Raising the issue of taxes Bedford pointed out that the 40 loft units in the mill pay an average city tax of $4,000 yet get very little bang for the buck. The loft building is across the street from the Delftree Mill which is in a state of disrepair with no roof and stalled redevelopment. The loft building is surrounded by properties with low assessment while mill owners express concerns for being overtaxed because there are no adequate comparables.

Recently the visionary museum developer Tom Krens brought the 88 –year-old architect, Frank Gehry to the city as a part of what some saw as a dog and pony show pitching ambitious plans for some 11 projects slated for North Adams over the coming decade.

Quoting from an economic study by Williams professor, Stephen Sheppard, if all goers according to plan that equates to some 750,000 annual visitors and a surge for the local economy. Krens states a need to raise some $300 million. It has been speculated that if this happens the epicenter for cultural tourism will shift from South County to North County.

“To some extent we are already seeing that” he said. “Because of the expansions for the Clark (Art Institute) and Building Six at MASS MoCA.”

This weekend, for example, there will be some 7,000 in town to attend the Fresh Grass festival at MoCA. The season opened with the Solid Sound festival and there is the annual Bang on the Can festival. So there is already a measure of cultural tourism on the rise.

In conversation following the meeting we agreed that if Krens manages to produce even half of what is proposed there will be a major impact. I wanted to know what role in expediting that will be his mandate as mayor?

There was a vivid illustration of what that might entail. The development of the Redwood Motel, with a Wilco member as a major investor, was supposed to be at least partly open during Solid Sound in June.

Instead, construction has been stalled all summer into early fall. The project has proved  far more costly than originally projected. Recently, however, the motel was granted a liquor license for its projected gourmet restaurant.

Driving by this week there were a lot of trucks and workers on the job site. That’s an example of how things might happen. Particularly with backing from City Hall.

While cultural tourism has helped, so far, the impact has been more incremental than anticipated. Bernard took the group through a conceptual walking tour of the downtown. In addition to attractions for tourists he emphasized business development that is sustainable year round. He suggests creating a city supported position for an advocate to travel and recruit business opportunities in North Adams.

If there is a significant influx of visitors he expressed concerns about an aging infrastructure, appropriate signage, parking, water and sewer. These basics are not a part of the pitch of Krens and, as Bernard points out, the devil is in the details.

He was asked about that long languishing white elephant The Mohawk Theatre. Krens has announced that it will be redesigned by Gehry.

It is a topic Bernard knows in depth as taking over the theater, as well as adjoining buildings for housing students, was fully explored, and rejected, when he worked under Grant.

"There are already empty beds in dorms on campus,"  he said "Until those are filled there is no immediate need for increased student housing."

Bluntly put he doesn’t see a Mohawk renovation happening. The cost for putting the 1,400 seat former movie theatre back on line entails many millions of dollars. He questions the need for such a venue with other theatres in the area including space in MASS MoCA.

As things stand that’s true. But if the Krens plan comes near to its goal there is a potential audience for the Mohawk. Currently, for example, the Williamstown Theatre Festival sells out its Nikos Stage season, and depending on the headliners, has done well on the Main Stage.

In addition to independent booking the Mohawk also represents collaborative potential with Williams College, MCLA and Mass MoCA. It is a daunting but enticing aspect of development strategies.

Whoever wins as mayor there is the short leash of a two year term. He was asked what issues he would focus on? Of course an incumbent can remain in office for a generation as was the case with Barrett.

In summation Bernard emphasized that, no matter which candidate you support, it is essential to vote in the primary on September 19.