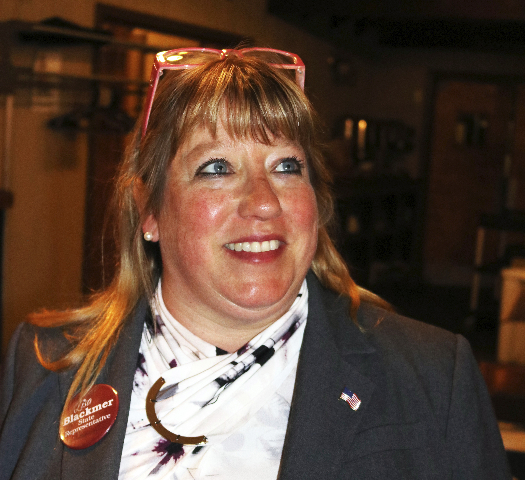 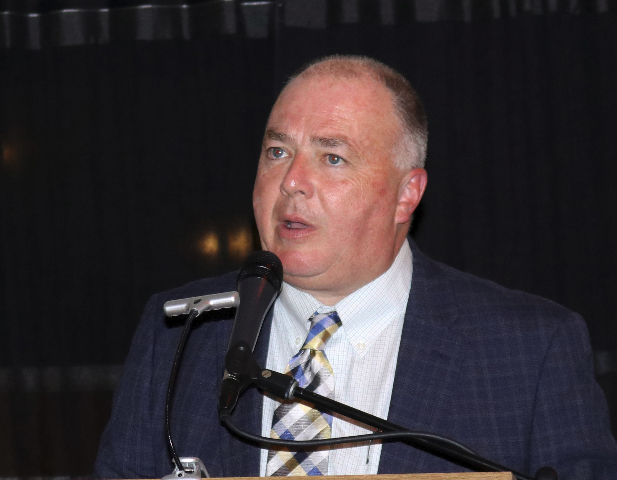 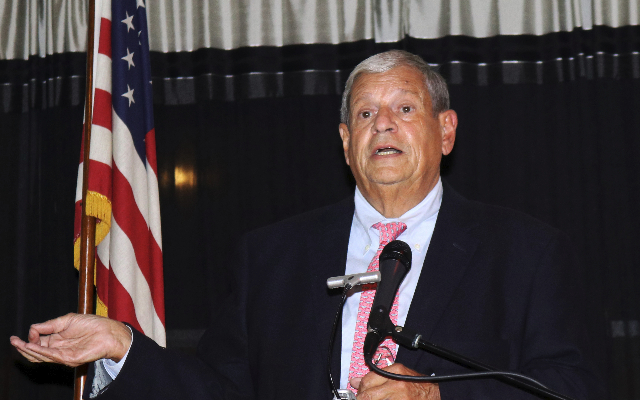 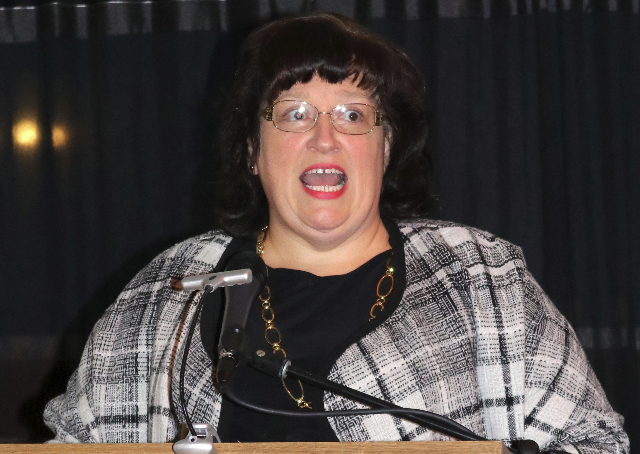 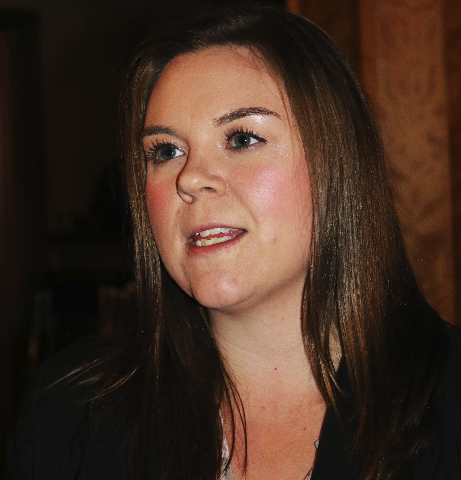 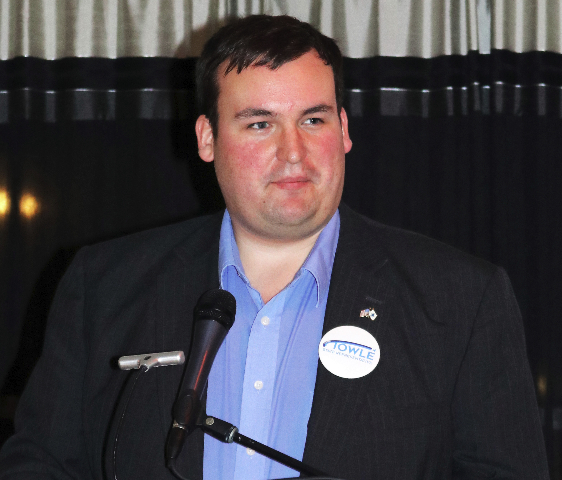 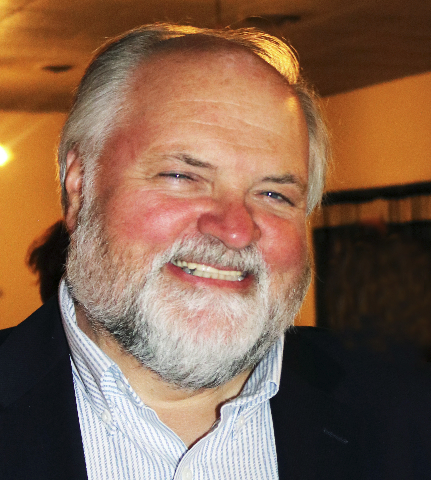 In the function room of Bounty Fair, a North Adams restaurant, there was a unique format presenting candidates last night.

There was a relatively small turnout of just under 50. That’s roughly ten supporters for each of the five candidates.

“Our idea was just to let the candidates speak tonight,” said David Bissaillon of ProAdams during opening remarks for the forum. It started at 7: 15 pm and with introductions wound down an hour or so later.

The format did not allow for questions from the audience or media.

The relatively small turnout was due to several factors starting with Monday night football and events for the anniversary of 9/11. That was noted when Bissaillon asked for a moment of silence.

Each of the candidates was given ten minutes. They are running to serve the final year of former Rep. Gail Cariddi, who passed away while in office.

Her passing was a shock as she opted not to call attention to her medical condition. She was widely admired and respected for a lifetime of service to the community. Before taking a position in the State House she served on the City Council of North Adams.

Shaping the forum the candidates were asked to focus on three topics; economic development, education, and community growth.

The Democratic Primary is scheduled for Oct. 10 and the special election will be held on Nov. 7. There is also a race for North Adams mayor, and city council seats.

Launching the program Canning injected humor into the irony of being a lifelong Republican in a primarily democratic community. She praised opponents in addition to advancing her own qualifications. That strategy underscored willingness to work with both sides of the aisle.

Having served abroad she asserted security experience including speaking Arabic. As an academic she noted understanding of education issues. She is the author of several books.  Given the constraints of time she briefly touched on a 15-point economic development plan.

Driving around the district there is a sense of déjà vu all over again with the proliferation of Bosley’s lawn signs. Name recognition will be an asset in the voting booth. Her father Daniel Bosley, who was present, served as the district’s representative for 24 years until 2011.

In the Berkshires she has held a number of positions including Northern Berkshire Community Coalition and American Cancer Society.

Addressing the educational issues she commented on particular challenges for regional and rural schools. She advocated new strategies “so that we’re not competing with urban education systems to receive funding.” Bosley also touched on funding adult education, a state-funded housing rehabilitation program, and support for high-speed broadband internet which has stumbled through implementation.

Having served for several terms on the North Adams City Council and on numerous committees Lisa Blackmer made a strong case for a move to Beacon Hill. She is a former President of the Massachusetts Municipal Association, and currently serves as treasurer and collector for the town of Buckland.

“All of this experience has brought me to the conclusion that cities and towns are on the front line of providing services to our communities,” she said. Issues she touched on included improved special education funding and regional transportation funding for school districts.

With humor she noted that the morning after the forum she was scheduled for an 8:30 AM meeting on Beacon Hill. She commented on how Governor Baker acknowledged the effort that coming to frequent meetings entails.

She responded that “It would be a lot easier governor if we had high speed rail service from Boston to the Berkshires.” Baker’s response was “touché.” That earned applause from the audience particularly when she added the long discussed direct rail connection from Pittsfield to New York City.

Kevin Towle spent nearly a year working as an aide to Cariddi prior to her death. His primary asset as a candidate appears to be familiarity with the corridors of Beacon Hill. He talked about legislation he worked on when she was in declining health.

He has posted a 12-page economic development plan. Among other points it advocates free instate tuition at state colleges for families earning less than $250,000. He supports single-payer healthcare and believes in the implementation of paid family leave.

For the most part the candidates pressed to get a lot in during their ten minutes at the podium. As a seasoned politician and polished speaker the approach of John Barrett III was more laid back and evocative.  He focused on few issues but fleshed them out with dramatic emphasis.

It is experience that comes with a lifetime in politics. He served as the mayor of North Adams for 26 years and now sits on the Massachusetts College of Liberal Arts’ Board of Trustees.

There was a dog fight when Dick Alcombright defeated him. Two races later Barrett ran for mayor and was again defeated. Alcombright has announced that he will step down after three terms.

There is a diverse field with relatively fresh and unknown candidates.

Without question Barrett is the most experienced of the candidates to serve a year as State Rep.

Curiously, he commented that if elected he does not plan to “make a career” of the position. Barrett noted that given his age he is winding down from politics.

His primary motive appears to be putting his shoulder to the wheel of the long argued efforts to develop Greylock Glen. He described attempts to ‘shoot holes’ in the current plans to create a conference center. While not the whole answer he pointed to the economic impact this would have for Adams and the region.

He compared this project to his role in the creation of MASS MoCA.

Checking off on current plans he stated that there is no need for yet another study. “Now is a time for action.”

Although only a handful of potential voters attended the forum it was filmed for local access TV. The event was also covered by print and on line media.

The race may well hinge on name recognition. In that regard Barrett and Bosley appear to have an edge.

Now, and for years to come, Berkshire Fine Arts endorses Lisa Blackmer. Nobody, past or present, has worked harder for our community.