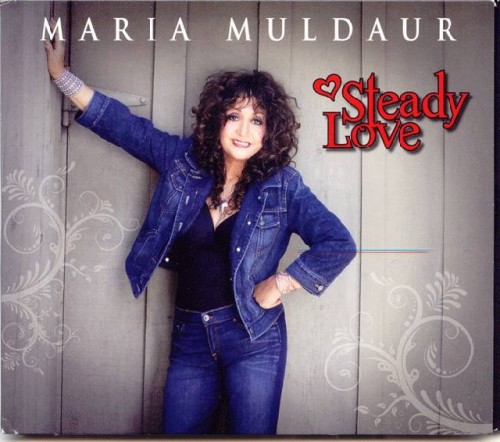 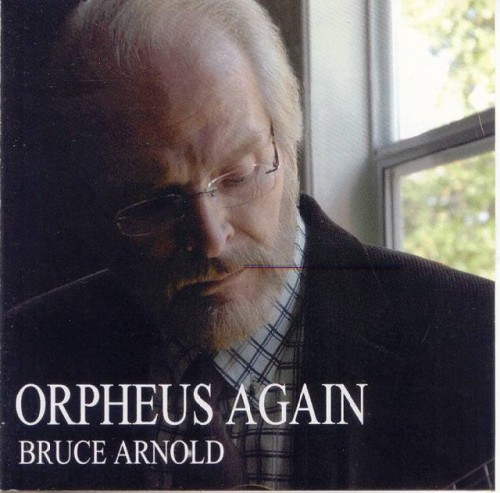 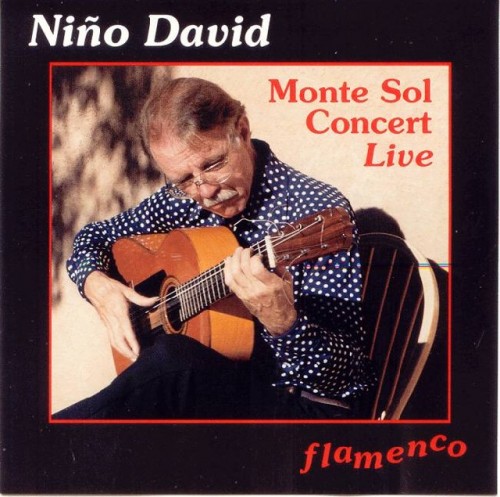 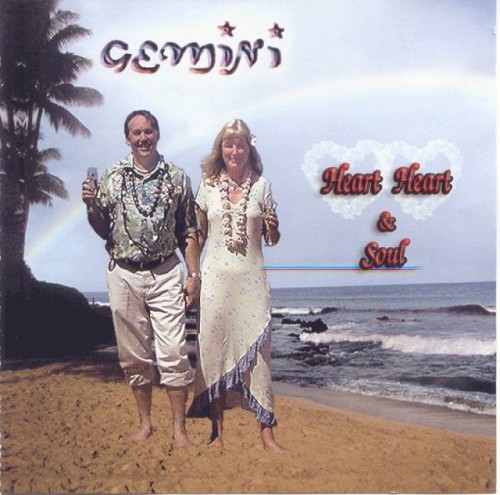 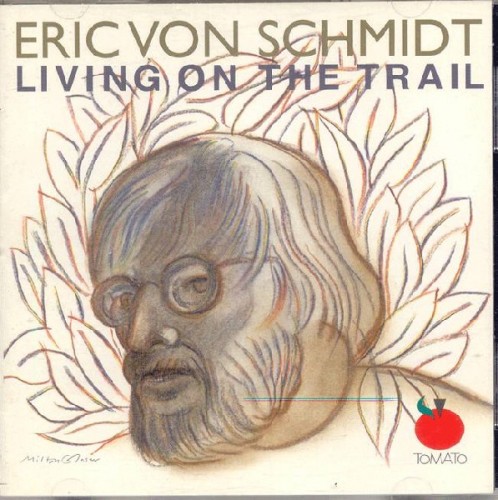 Once again I have a batch of some new and some almost new goodies by real oldies almost all of whom are still putting out music worth listening to. I address these descriptions mostly to those of you who survived the ‘60s and the decades that followed, but if you were not around then, here is recent music by some of the best who may have made daily life for your parents and grandparents if not joyous, a bit more bearable.

While I have a decided fondness for all of the releases discussed in this posting, Maria’s latest is the one most likely to get widespread attention and for well earned reasons.

First, as an interpreter rather than a songwriter, she gets to select material of the highest quality and she has impeccable taste. Second, this is a lavishly produced recording which exercises restraint where it serves the song and the singer. Third, Maria is… well, Maria is Maria.

While the presentation here is not as intimate, immediate or as much fun as I recently experienced attending the live performance at the Bull Run in Shirley, (see review) it benefits from the more elaborate settings provided by first rank studio musicians. Though darker and grittier than her previous Garden of Joy cd, (still my favorite of all her recordings,)  it is likely you will be hard put to keep from nodding, swaying, foot tapping or outright dancing should you be willing to give yourself up to this music.

Steady Love, one of two Greg Brown tunes, provides the basic theme for all of the songs here, that theme proclaiming the versatility of the objects, individuals and beliefs on which we choose to project our love. The theme is carried forth as well with songs by Elvin Bishop, Stephen Bruton, Bobby Charles and Percy Mayfield

Maria throughout gives voice to passions profane and profound in a way that accepts and celebrates her humanity and ours. She does it once again, and as she always has, with practiced skill, uncommon sensitivity and discerning sensuality.

Orpheus along with Ultimate Spinach and Beacon Street Union trumpeted what was to be producer  Alan Lorber’s conception of the Boston sound back in the mid ‘60s.

The group had at its core Worcester folkies, Bruce Arnold and Jack McKennes who performed primarily on the Cape as The Villagers. Over the years through variations and perturbations, Orpheus has essentially been Bruce Arnold, collaborating with oft-time members, Bernard Purdie, Howie Hersh John Arnold and Elliot Sherman.

Add here guests, Brad Delp formerly of the band, Boston, along with The Tiger Okoshi Horn Section and you have the makings for a thoughtful lush and complexly layered concert, that does not sound in any way retro. “Can't Find the Time” perennial as it may be comes across as fresh as ever, though for reasons I cannot quite formulate, echoes of Herb Alpert and or Brazil drift through my mind.

Bruce Arnold continues to pen songs that touch that part of us partial to metaphors for intimacy and understated sentiment.

The CD along with sample clips is available through cdbaby.com

If you have paid much mind to toque, that is, flamenco guitar, you most likely know that the various forms are called palos. In this CD David Briggs struts through ten of those forms in a brilliant demonstration of his versatility.

David is remembered by many of us, (translation – senior folkie/hippie/music-fans) for his regular performances of classical guitar in the coffeehouses along Boston’s Charles Street in the ‘60s. His interest in flamenco began as a student with Berkely/Cambridge icon, Rolf Cahn, and has been further refined by study in Spain with Manola Sanchez and Rafael Rodriguez.

I would be a fool to pretend any expertise in judging flamenco authenticity. The multitude of rules are exceeded only by the number of exceptions to each of those rules. I can say that the rich, bright tones, the dramatic chords and the clear melodic lines that David weaves keep me attentive and involved throughout this performance. The cd was recorded before a small but enthusiastic audience in Santa Fe where he currently resides and continues to perform.

As a student at Brown, Bruce Farwell fled campus on the weekends during the early, early, ‘60s to come up to Boston and work the coffeehouse circuit. His nimble fingers and picking style earned him many fans. Dropping out of school he abandoned Boston for Greenwich Village, teamed up for awhile with Peter Tork, sometimes with Carol Hunter, and eventually became a member of The Bitter End Singers. After a hitch with the armed forces, a return to college and decades of work as a psychologist he met and married Renata Decher, with whom he now performs as Gemini.

The pair delivers deceptively simple, satisfyingly rich harmonies with delicate, elegant and solid instrumental accompaniment. Renata’s voice is clear, her articulation precise and easily understood and that voice blends well with that of Bruce.

I find the real appeal here to be the songs they have written. All but two of the twelve tracks on this release were penned by Renata and/or Bruce. Their compositions run the gamut from the sentimental “Catalina” to the wickedly ironic “Killer Whales” and all of them are accessible, catchy and sing-able. My favorite by far is the witty “Lawnchair”, which could be a chartbuster for the right mainstream country artist.

It is nigh impossible for anyone who was not intimately involved with the ‘60s Cambridge folk scene to understand the extent of the influence which Eric Von Schmidt had on the music that evolved out of that setting. Every musician, major and minor, including Joan Baez, Tom Rush, Taj Mahal, Chris Smither, Geoff and Maria Muldaur, Jim Kweskin, Dick and Mimi Farina, Peter Wolf as well as constant visitors such as Bob Dylan owe a considerable part of their musical core to the contact and musical exchanges they had with Von Schmidt and his sometime partner in crime, Rolf Cahn. Together they established a standard for musical integrity and technical competence which became a benchmark for every acoustic, folk or blues musician who sought recognition in this market.

It is even more ironic, that as an accomplished illustrator and painter, Eric’s involvement in music was an avocation, a sideline, albeit an important one.

Perhaps that is the reason he never had a popular recording to bring him the musical acclaim to which he was certainly entitled. Jim Rooney, another musical icon of the scene produced this recording for Poppy Records in the ‘70s, but Poppy went belly-up before it could be released and until the early part of this century the sessions were lost.

Recorded at Bearsville, Eric is supported by a number of guesting greats, Paul Butterfield, Amos Garrett, Geoff and Maria Muldaur, Rick Danko and Garth Hudson of The Band, Bobby Charles and Jim Rooney.

For all the professionalism in attendance, the performances still have the feel of an intimate living room gathering with musicians who know each other well, are comfortable with each other and are celebrating the music, not the egos.

Dylan indulging in his typical stream of images sums Eric up well when he writes of him, “For here is a man who can sing the bird off the wire and the rubber off the tire. He can separate the men from the boys and the note from the noise. The bridle from the saddle and the cow from the cattle. He can play the tune of the moon. The why of the sky and the commotion from the ocean. Yes he can.”