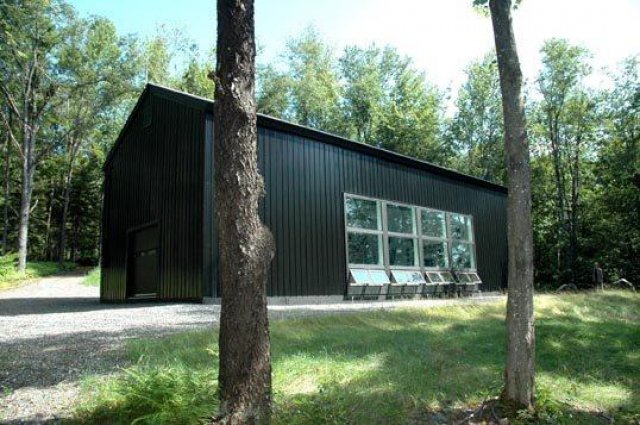 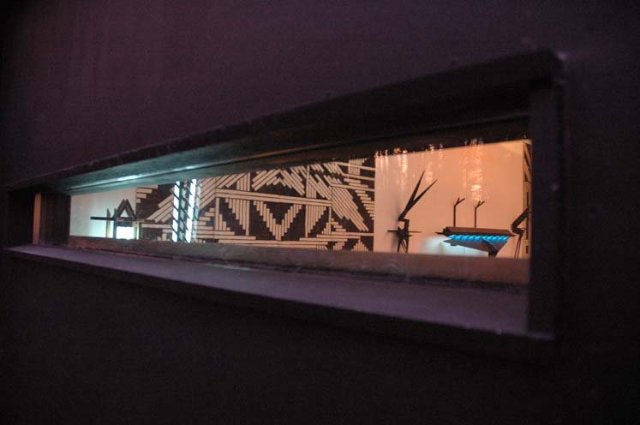 Window in West door that is 8' x 8' x 8" thick Images courtesy of the artist. 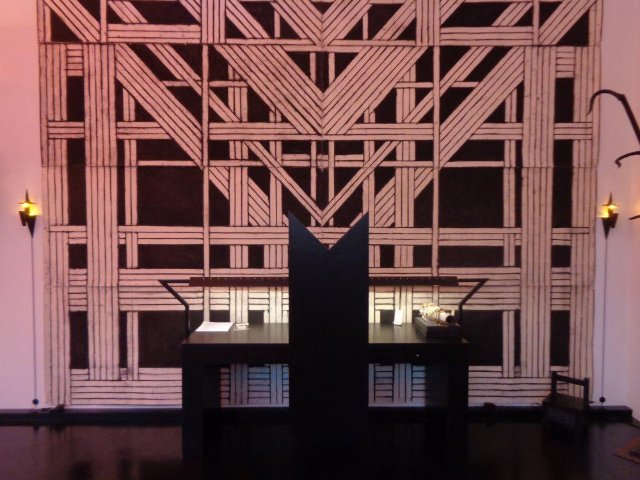 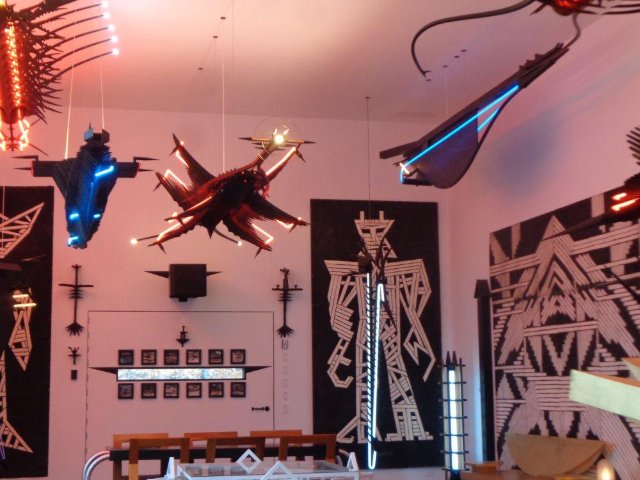 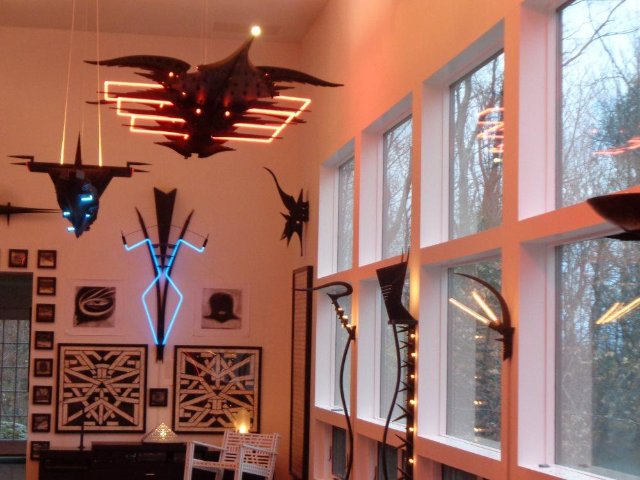 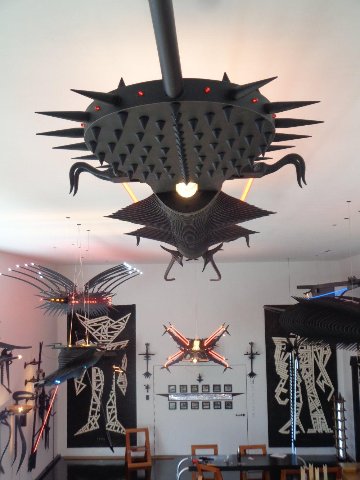 Looking up at work. 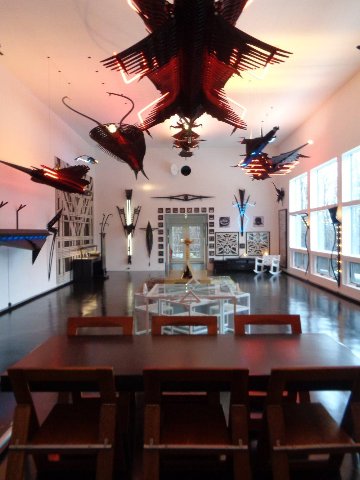 On my watch as a Boston based art critic, starting in the late 1960s, Christopher Sproat, an abstract sculptor, known for minimalist, multimedia installations, was among the best and brightest of his generation. The work was widely exhibited including a show with Robert Rohm at the Museum of Fine Arts curated by Kenworth Moffett.

During an active career he was widely shown and reviewed.

Some time ago, he opted to self-quarantine long before the pandemic. For the past few years he was created and displayed work in a setting on his property in Putney, Vermont.  Since that move, he has withdrawn from the mainstream art world.

The norm is for the art world to reinvent itself with each new generation. Unless well established, most artists tend to fall off the radar screen. Younger curators want to test new theories and work with artists of their generation.

That often causes the work of mature artists to either taper off or take on a new direction. As opportunities and critical attention erode the strongest artists refocus and work to please themselves.

That is the case with Sproat who has created what comprises an utopian vision and vibrant legacy project. He has created a simple, functional “museum”  which best enhances the purity of his aesthetic vision.

This allows visitors to view the work under the best possible circumstances of  space and light as well part of the work itself. In the space it hovers above and around the viewer for a sense of total immersion.

A couple of years ago, I became reacquainted with the artist and his work. The occasion was an eclectic installation at the lively and enticing Brattleboro Museum of Art. The walls were densely hung but our attention was diverted away from them.

It felt sublime to look up as the delicate, complex sculptures, wonders of constructivism, hovered above with no competition for their space. It evoked a celestial and heavenly experience of art.

That’s not at all to diminish the relief works on the walls of his museum.

Below is the artist’s statement about the museum.

BLACK BOX - In this building, I built what could be called an electro-mythic scenario, a tableau that suggests a parallel culture. That culture is the result of the same forces, with the same technology, as in our history and current news.  The historical influences range from African, to Surrealism, Art Deco, Egyptian and Constructivist art. Also influential is thirties Science Fiction and the collections of animal trophies, Dinosaurs, insects, and Medieval armor found in museums.

The current and ongoing emphasis, especially in the US, on devices for war are implied as is the fact that all life comes equipped with defensive and offensive capabilities. The inferences of weaponry and abstracted skeletal remains of creatures that have quasi-human, animal, fish and insect origin are all morphed together. But in the end, beauty is being sought.  It would not be inconsistent to view this space as a Gothic Futurist tomb of artifacts – the result of our planet after being subjected to a cancerous organism – human beings. This view of course, is a complete reversal of the exalted narcissistic position that religions confer upon us.

But look at the evidence, there is no doubt that we are having a catastrophic effect on every aspect of the planet. Given our numbers and divisions, it is pure denial to think that our rescue efforts will be anything but feeble.

The recent hanging pieces are tributes to the idea of our vanishing species, endorsements of the supremacy of insects, and vessels packed and ready for an exodus.

It is about 300' up the road from our house, but still on our property - at

Both buildings are all black and visible from the road and well marked.

Or, if people want to make arrangements by email - chrissproat@aol.com